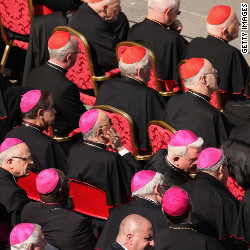 I can’t help wondering “IF” this crowd of deceived unconscious Neptunian were invited and able to read  my 2013 Moon Power scepter posted in the “Cosmic Coders Only” what would they say? And what would be their reaction after reading what I wrote well before the pope was “fired?”

Little do they know that, every single of their Christian moves, action, uncovered secrets including the new Pope election is ALREADY written in light by God himself.  But again, the chances of being able to auto-analyze themselves as cursed “Neptunian”  by the Cosmic Code (or God’s will) is ZERO!

By looking at the electing aged crowd, it seems those lost souls have been around for a long time and some are quite old. They are all entrenched into the quicksands of  the power of  the planet Neptune that eludes them all…  But what motivate them to represent a God they know nothing about on earth?  Faith or power? An  clergy life offering an easy access to your children? Scottish cardinal apologizes for ‘my sexual conduct’ The fact is ALL those souls were born with Pluto (power) in Leo (love/life/children) and ALL are part of the “Baby Boom Generation!”  But unable to read the signs they hide their real intentions behind the word paganism where the essence of  Jesus’ cosmic teachings are non existent… 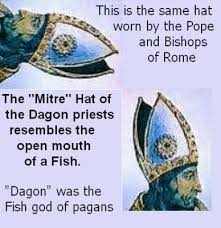 As mentioned so many times before, would any man made, prominent, well respected religious  books you know or use daily remotely speak of or decipher  God’s glory?  All my books do so!  We are in the month of Pisces… Pisces rules ALL religions, deception, illusion, confinement, churches, synagogues, asylums, hospitals,  jails, physical and spiritual poisoning, chemicals, drugs, oil, the Middle East and the “nirvana” state of “beatitude” a born Neptunian attracts and falls in… 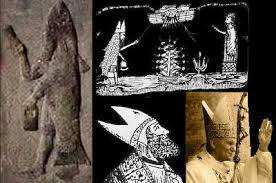 EXPLANATION OF THE DRAGON

2013 Moon Power Scepter –  NEW MOON — March 11, 2013 in Pisces: With the Head of the Dragon in Scorpio and Uranus in Aries expect surprising shocking news with the Government and terrorist activities on the U.S. and allied grounds. Expect also disturbing news about water damage, poisoning, religious fanatics, abortion, the Pope and the Middle East. *Biden on Iran: ‘Obama is not bluffing’  Many diplomats will be active on the political front, trying to avoid religious wars in different parts of the world. With Mars in Leo France, Japan and Italy are targeted by the Cosmic Code. Prominent politicians of the Middle East run the risk of assassination and some unlucky souls will not survive this dangerous trend. With Mercury in Pisces souls born now will further for good or for worse their respective country’s religious belief systems. Expect progressive news involving science, chemical research, religion and the abortion dilemma. Meanwhile, it is a sure sign that drastic change is still in store for parts of the Middle East and Asia. Nature and the weather could also turn out particularly difficult and may sink ships, produce devastating oil spills and flooding. However, with the waxing moon (positive) we can only hope for less damage than anticipated. Push now, be confident and like the fish swim with the upward tide.

Name one single religious book able to really speak and translate God’s will? Back June 10, 2010 I wrote “The Cosmic Code, the Torah Code and the Bible Code” witch clearly enunciate ALL dogmatic archaic man made religions are doing  or offering nothings of any spiritual values or prediction to humanity.

In response to my article titled “God and Jesus Speak To Me!” posted on http://beforeitsnews.com/ website where I am a contributor.

“Pix“…reclaim his spiritual freedom and recognizes Jesus…” Is an oxymoron. You wouldn’t be reclaiming your spiritual freedom if you take up someone else’s spirituality. Especially one based on pagan allegory that is at least 5’000 years older than Jesus. DER.”

Posted by drturi – “We are talking about the essence of Jesus’ cosmic wisdom here not recognizing the Savior! Too many unconscious souls are unable to appreciate the true pearls of wisdom I own – “Don’t give pearl to swine” may explain your prerogative in perceiving a much older original cosmic wisdom that created all the religions still perceived as the  work of Pagans… Try to read Dead Sea Scrolls yet?”

Fingers crossed! We may see a comet

Have you noticed lately the upsurge of cosmic events with exploding meteorites? These are direct warnings from God to pay attention to the stars and to the signs I translate for you daily.  I spoke of my vision and warned of “Cosmic News” well ahead of time in “Dr. Turi and Santos Bonacci on the Secrets of the Universal Mind” radio show – READ THE ARTICLE – I do not think the new elected pope in his “spiritual” mission  to save the world, will offer you an accurate translation of the Cosmic Code. All he is trying to do is to save the deceptive supremely wealthy but fast decaying Church Inc. corporation. 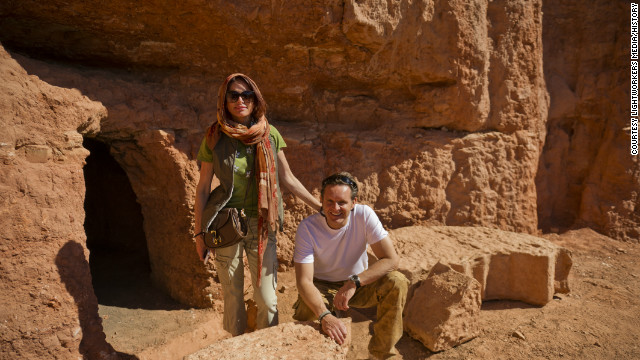 Sad enough religiously poisoned young souls do not know better and keep producing movies reflecting  Jesus’, Moises lives induced by the planet Neptune (the art/movie industry) regimenting their unconscious lives.  This tremendous amount of wealth is wasted but sealed, endorsed and even promoted secretively by so many Neptunian souls.  Imagine if instead of regurgitating 2000 years of deceptive archaic teachings and separatism / endless wars, I was instead given a voice to really speak the truth about God’s celestial divinity.

Imagine if I was able to offer the news before the news and translate on national TV in my reality show the will of God and offer regularly section of my book 2013 Moon Power depicting ahead of time what will transpire with religions, the Pope, oil, the economy, the news and the fate of humanity?  Yes I did just that, in a television show back in January 2009 and prepared the world for what the next 3 years would bring us all…And it all happened as predicted!

As imposed by God himself, today’s children are, psychically ill equipped to deal with religions, while the Cosmic Code is offering its last Neptunian push the Age of Pisces and deception is on its way out! The worse that can happen is for science to eliminate the spirit totally and create a society of  agnostics, atheists and skeptics because my teachings of  this vital cosmic fluid entrancing God’s celestial divinity is not allowed its balancing, healing expression. And this is where I need  some creative, curious, spiritual non religious “Reality TV Goliath” to help me in my mission. “Dr. Turi Cosmic Code reality show” will have an extraordinary spiritual healing impact upon the youngest members of our generation in need for real answers… Giving me a voice will allow all this children to regenerate in the understanding and use of God’s creation as he intended them to benefit from.

Sad enough Hollywood is owned by the most powerful and wealthy Jews which are at the core totally impregnated with Neptune deceptive power. And because this planet rules the cinematographic industry they own the commanding seats, but again I do not expect, at least not just yet, for any of them to understand the values and rarity of my teachings…

Religions are a thing of the past, the Pope is “excused” out as the empire is crumbling, if you feel the call is not with the Church Inc. but with God and his celestial creation, then watch this introduction to Astropsychology and join us for a free Psychic show and my April crash course in Sedona!