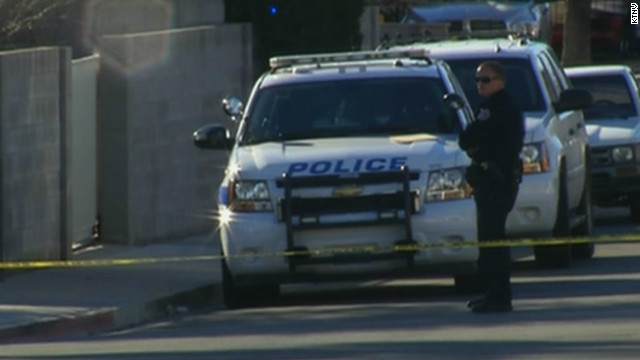 Police: Las Vegas officer kills wife, son and then himself in burning home.

When I warned the world to be ready for an upsurge of suicides, terrorism activity and clearly mentioned this Scorpius dragon is aiming for children and the police the latest CNN  suicide news speaks of the reality of my work!  While I work closely and help many police officers the Law Enforcement Executives do not know much about “Warning Scorpius Dragon Has Arrived!” and more than ever they all should read how concerned our civil servants are.

:The deadliest terror attack since militants rampaged through Mumbai, India, five years ago raises the alarming prospect that al Qaeda affiliates and other jihadists could turn parts of Africa into no-go zones.”

Furthermore if you take the time to scroll down, my prediction page #1 clearly emphasize all the dramatic news that have unfolded with the police.

Memo:  Prediction # 17. The Dragon’s Head in Scorpio, (police/local governments), will force the police itself to realize its own limits of power as to avoid its own collapse.  Serious internal/external police abuses / secrets will make the news and direct public challenges will kill many police officers. Many police Chiefs /FBI/CIA executives will be entangled in a secret deal that will bring disgrace and a serious wake up call for all. 2012/2014 could become a death record for the police and many new public Leaders will take on the challenges to bring justice and protection to the people. Many will be found assassinated.

“There was an incident today involving one if Metro’s lieutenants,” a somber Gillespie said in brief statement to reporters. “Several bodies were discovered.”

How can I reach the police elites and the families looking for answers and explain to them all, there are no “incidents” only cosmic circumstances leading to yet another carnage? The logical reasons leading to the murder suicide are endless, stress on the job, legal/illegal drugs, marital, financial problems or the usual humanistic plausible reasons while the real “cosmic” answers for becoming a monster (like Adam Lanza) can only come from Dr. Turi.

If I had the lost soul DOB I would pin point exactly what and what produced this drama. The reasons could be the cop was born with a natal Dragon’s Tail in Scorpio  and should never be allowed to work in the Law Enforcement. But one thing is sure reader, the killer was as usual, under one of his Lucky / Unlucky Personal Dragon Dates and lost it!  This is where I wish all the police detectives would become more curious and INVESTIGATE my work. But refusing to hire a cursed soul the option to become a cop would never be taken seriously and is against the law meantime people are dying because of killer cops, tax payers are wasting fortunes battling crooked cops and many of them suffer an early demise  or commit suicide taking their family with them… Yes this cosmic unconscious world is much to young and spirituality unaware to make a good use of my work yet and offer my rare pearls of wisdom to future generations…

Imagine that, electing a President that is cosmic conscious and work in perfect harmony with his productive Dragon’s Head? Yes after 4 years under Obama’s Aquarius humanitarian nefarious Dragon’s Tail America lost its place, its integrity, its world leadership with a national dept  of …

The reality is right in your face with such astonishing numbers but for Obama and its cosmic unconscious team to dance against the Cosmic Code jurisdictions is a crime against the UCI, the essence of America and its future generations… Yes the Scorpius Dragon is not only killing the children, the cops but also the greatest country on earth! And this is where I wish I had a bigger voice and could reach the media to warn the world of its impending fate if humanity (in the name of science and education)  keep distancing itself from the spirit and God’s celestial rules.

Yes this cosmic Scorpius flux is with humanity until February 2014 and I am expecting more and more deaths and dramatic news such as the Algeria hostage-taking crisis that killed 37 innocent people. I warned also of  the Scorpius Dragon stimulating the mob and producing an expansion of terrorism and the endless dramatic news are only serving me as undeniable facts!

While this Dragon is affecting the world stage, it is also affecting you personally… I wish my readers would comprehend the gravity of such a cosmic killing flux where lies, dirt, manipulations, murders sexual, financial secrets, abuses, disrespect, masquerades and the foreseen 2012 Rigged Election speaks of this cosmic dance of evil!

If you see it as clear as I do and its impact on the world stage with so many dramatic news the same very Dragon is also lurking above your head and those of your loved ones.  But how many of my readers are like me fearless and wise and also willing to acknowledge its impact on a personal level?

A warned man is a much stronger man, had the latest victims of the Scorpius Dragon invest in my “2013 Dragon Forecast” what would they do or try to avoid their fate?  But would any of the victim TRY anything or be curious/lucky enough to perceive my warning and act responsibly?

The fact is I am in despair trying so hard to warn, guide and even save the lives of my readers (and their loved ones) on this deadly dragon but the majority will only assume I am only trying to sell a book! I can only shake my head in disbelief and wonder how people can expect to go through life safely not knowing or refusing to know the signs…

I know dealing with the reality of life and your own mortality is something many will find disgusting and would rather play the usual ostrich game by burying their heads in the ground or read sugar coated articles. And while I can not agree more with the readers because its positive in nature, ignorance is evil knowledge is power at the end… I know what suicide mean in technicolor readers, been there done that!

I used to work as a trainee nurse in Saint Mary’s Hospital in England in a terminal ward where I endured the most difficult time in my life working at the mortuary to generate more money.  I know what it means to be totally depressed, to suffer periodical panic attacks running along the sea front thinking of suicide as the only way out to stop the mental untenable continuous pain.

I wish then I had known someone like Dr. Turi today then, and benefit from his spiritual wisdom, but I had no one to turn for help as I watched my own close friends becoming schizophrenics and contemplating suicide.

In fact, in those now gone unforgivable days,  it is a miracle for me to have escaped  the Scorpius dragon deadly pull plaguing my mind and my subconscious for months…yest I survived it all without no one help and no drugs because I could not afford them! Doing so my 45 years of hand on “psychical” dreadful experiences paid off and  gave me the understanding of the human psyche receiving periodically this timely Draconus “suicidal”  impact.  All I can suggest my reader to do is to actually re-live those extraordinary painful psychical invasive experiences by reading the book of my crazy life titled “Beyond The Secret.”

If you suffer psychical panic attacks, chronic depressions and suicidal thoughts, order this book and  let me offer you a 90 mn tape of hypnotherapy  so I can re-carve your subconscious and make it more friendly and productive for you.  This is much cheaper and  less dangerous than a regiment of nefarious drugs prescribed by a doctor kid, fresh out of college that will make your situation much worse in the long run.

Human are very complex machines made of BBBF “Blood, Boons, Body and Flesh” but the essence of being a mentally healthy  human being is within the conception of his spirit or the underbidding power of his/her UCI or “Unique Celestial Identity”

There is much more involving the human mind and its psychic secrets I hope you will join me in my free,  January 28, 2013 from 6pm to 7pm upcoming  teleclass  How To Unleash Your Psychic power

If you are one of the thousands of public subscribers with a limited access to the cosmic code website and want to become a VIP please READ about the different options offered to join!

READ MORE ON THE DRAGON

Aaron Swartz Another Victim of the Scorpius Dragon