‎”If every 8 year old in the world is taught Astropsychology and meditation, we will eliminate violence and ignorance from the world within one generation.”

Update – 02/02/2013 – NEW YORK (Reuters) – Stocks rose to five-year highs on Friday, with the Dow closing above 14,000 for the first time since October 2007, after jobs and manufacturing data showed the economy’s recovery remains on track.

This is a note for all the newcomers only. Back in December 2007 I was on Coast to Coast with George Noory  and said on the air with million of listeners. “The Tail of the Dragon will be forcing a total restructure of the US economy  that will last all the way to 2012.” I did the same in all my radio and TV shows since then and even published the following in my moon power books and in my numerous newsletters and website – US Economy Prediction .  Sorry my website is still down and can not offer you the direct link yet!

“From my prediction page! “I see the real estate booming again, as the country infrastructure is changing . The old road / signal / bridges systems will be replaced by “round points”, the stock market will experience a slow but sure recovery especially in July / June and January / December 2011/2012.””

Now it is important for the reader to acknowledge I do not use the five limited human rational sense to deal with the human affairs but the cosmic code jurisdictions and offering you the undeniable dated, printed published facts does not make me  an egocentric and should serve the reader as yet  another proof of my gift in predictive astrology and why you should trust Dr. Turi as a legitimate source of predictions. 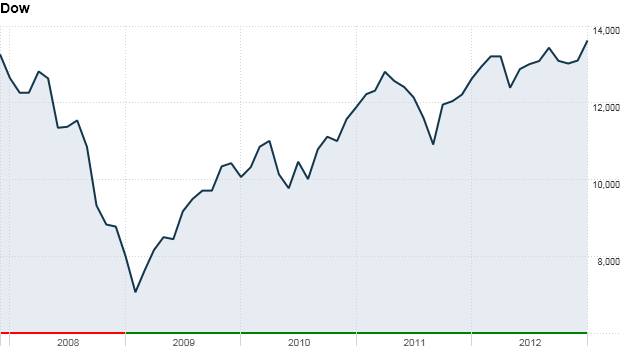 After a mostly flat trading day, the Dow and S&P 500 climbed during the last hours of trading Friday to finish the week at their highest levels since December 2007.

Lawrence Anthony, a legend in South Africa and author of 3 books including the bestseller, The Elephant Whisperer, bravely rescued wildlife and rehabilitated elephants all over the globe from human atrocities, including the courageous rescue of the Baghdad Zoo animals during the U.S. invasion in 2003.
On March 7, 2012, Lawrence Anthony died.  He is remembered and missed by his wife, 2 sons, 2 grandsons and numerous elephants. Two days after his passing, the wild elephants showed up at his home led by two large matriarchs.  Separate wild herds arrived in droves to say goodbye to their beloved man-friend.  A total of 31 elephants had patiently walked over 12 miles to get to his South African home.

Witnessing this spectacle, humans were obviously in awe, not only because of the supreme intelligence and precise timing these elephants sensed about Lawrence ‘s passing, but also because of the profound memory and emotion the beloved animals evoked in such an organized way.  Walking slowly for days, they made their way in a solemn one-by-one queue from their habitat to his house.
So, how after Anthony’s death, did the reserve’s elephants — grazing miles away in distant parts of the park — know? “A good man died suddenly,” says Rabbi Leila Gal Berner, Ph.D., “and from miles and miles away, two herds of elephants, sensing that they had lost a beloved human friend, moved in a solemn, almost ‘funeral’ procession to make a call on the bereaved family at the deceased man’s home.”
“If there ever was a time, when we can truly sense the wondrous ‘interconnectedness of all beings,’ it is when we reflect on the elephants of Thula Thula.  A man’s heart’s stops, and hundreds of elephants’ hearts are grieving. This man’s oh-so-abundantly loving heart offered healing to these elephants, and now, they came to pay loving homage to their friend.”
Lawrence’s wife, Francoise, was especially touched, knowing that the elephants had not been to his house prior to that day for well over 3 years!  But yet they knew where they were going.  The elephants obviously wanted to pay their deep respects, honoring their friend who’d saved their lives—so much respect that they stayed for 2 days and 2 nights without eating anything.  Then one morning they left, making their long journey back.
Yes elephants like all animals have a UCI or “Unique Celestial Identity”  too that become very obvious gifts used by the law enforcement agency, i.e. police dogs. Yet science can only measure the elephants intelligence because of the large size of their skulls and brain missing the entire forest for the tree. This simply prove that any immigration bird, including a  tiny humming bird brain is well ahead and much more sophisticated (and smarter)  than all scientists combined because it can do better traveling the world without a GPS.
I wonder what type of microscope scientists will develop with out tax dollar to look at the brain of such a tiny bird and locate the “gene” responsible for such natural marvel.
Did they occur to their mind that a tiger or a a great white shark  is “programmed” to kill even human if they happen to ignore their Lucky / Unlucky Personal Dragon Dates? Did they found the “gene” or part of the brain  responsible for killing a human being like “predator” Adan Lanza and all other born killer yet with the billions we trow at them to conduct their ridiculous scientific experiments?

Reading “The Death Wish Generation” in my 525 pages book “The Power of the Dragon” is not only much cheaper but also 100% accurate divulging all the secrets of what it means to be human.
Blessings to all
Dr. Turi