Divine Astrology is an Art, Learn with the Master 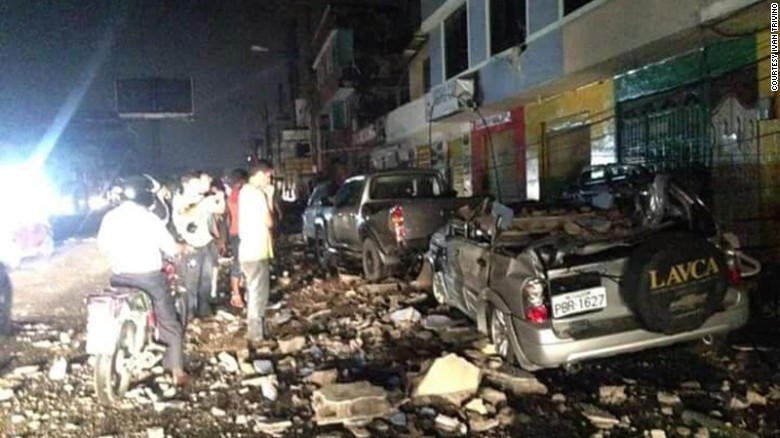 Once again my anticipation for quakes above 6.0mg took place as predicted; for April 2016, right in one of my 2016 SOS To The World Windows and  the prediction  (see below) was posted 3/30/2016 in April 2016 SOS to the world deadly Windows and April 2016 Daily Guidance and Predictions on the cosmic code website for our VIP’s.

The more I offer my undeniable, repetitive timing for earthquakes above 6.0mg the further from Astrogeology (Astropsychology) ineffable results, the scientific community refutation ignorance! My simplistic quatrain and obvious keywords written in plain English below, demand too much thinking for those traditionally “educated” idiots to perform, to comprehend, assimilate  and of course, accept!

In no way a little French man, make them look like jerks because he did not spent (waste) years in an accredited school to educate himself in earth sciences and get a Bachelor of Science in Geology. Little do those well read souls know the difference between education and intelligence knowing.

But they all know better than you and I Mr. Einstein!

In no way will they accept an outsider and his “ridiculous Astrogeology” methodology, regardless how precise it is! Yes readers, the story and the results remain the same, scientists’ egocentric “educated” pride will never honor the word education, and find a way to exit their conventional, limited way of thinking.

Yet some are smarter! Read more!

Even the words of a recognized genius like Einstein is too much for today’s geologists’ mental capacity and USGS deplorable elites’ critical thinking to digest!

You’ll know the essence of a real genius only when an extreme minority can relate to his work, follow or decides to learn from him… Dr. Turi

Environment: Some dramatic happenings related to natural disasters may force the government to make decisions about a situation.  Many will be forced to relocate and start a new life due to natural catastrophes. Let’s hope the new Moon will slow down any structural damages produced by large earthquakes. Food and clothing could also be needed and sent to some parts of the world to help children.

I can only hope all good readers of mine will acknowledge “The curse is on against all enemies of the future!” and help to spread the message with all my future warnings for large earthquakes. Especially people living in California and other regions in the world prone to serious natural disasters like Japan.  California Deadliest Earthquake Exodus Prediction | Dr. Turi …

My next SOS to the world deadly window is coming up soon, so please Keep an eye on my prediction for April 22, 2016 and share my visions. You WILL serve a humanitarian purpose that will benefit billions of people one day, in the future…

I can only hope all good readers of mine will acknowledge “The curse is on against all enemies of the future!” and help to spread the message with all my future warnings for large earthquakes. Especially people living in California and other regions in the world prone to serious natural disasters like Japan.  California Deadliest Earthquake Exodus Prediction | Dr. Turi …

My next SOS to the world deadly window is coming up soon, so please Keep an eye on my prediction for April 22, 2016 and share my visions. You WILL serve a humanitarian purpose that will benefit billions of people one day, in the future…

Will Science ever accept my gift and learn from me?  And if they don’t because it is not  accepted “political correctness” to deal with Modern Prophets in 2016, but it doesn’t mean you should agree or sign up for the same mental limitation they suffer.  At least I am offering you with a steady and impeccable, irrefutable timing and all for FREE!

I am trying to keep a well documented record of all my predictions of both natural disasters and terrorist attacks, Terrorism Predictions and the FBI | Dr. Turi M.D.U.S.” but both futuristic art and sciences of Astrogeology / Astropsychology and Astroforensic are  too much for those governmental organizations to investigate, assimilate and accept as serious disciplines.

Indeed the world of a Modern Prophet can only benefit future generations and not today’s idiots elites in charge of those institutions, and this include the sapless US Department of Education.

Meantime, regardless how much “the conventional” conservatives well established public networking websites are blocking and muting me and my articles, I am glad to see our www.drturi.com stats keep growing up both, nationally and internationally.

While my Internet enemies managed to get me out LinkedIn, Wikipedia and dozens of other popular websites seriously limiting my activity on Google and Facebook, not all readers were born idiots and unable to relate to the undiluted truth and my rare cosmic wisdom. Google, Satan’s Minions and Dr. Turi | Dr. Turi M.D.U.S.

Regardless how the system try to stop me, they will never be able to completely eliminate my options to reach more curious people, especially if you are a supporter. And this is because our supporters realize the importance of our Cosmic work and my unsurpassed dignity.  Indeed they are the wise souls building good karma for their participation to help their kind to free themselves from a very abusive system.

The same abusive tax system is designed to make sure all the savings accumulated from years of hard work could never grow and must be wasted on the “machine” sucking your life away! Unless you fight for the rights of your jailed spirit you will always be stuck in fear, poverty and ignorance.

Its time for you to STOP following the herd into the pit of idiotic submission and liberate your spirit from the religious and scientific atheist oppression by asking, recognizing and heeding God Cosmic Divinity!

The dying Age of Pisces (deception/religions) is also the ruler of the Middle East and changes are taking place also at a Universal level!  Saudi Arabia curbs religious police.

“It’s a very, very controversial issue inside Saudi Arabia. Obviously the leaders of Saudi Arabia, the political leaders, have decided that the religious police is doing more damage than good and they are very much concerned with the popular misgivings about recent incidents in the kingdom.”

The futuristic, electronic Age of Aquarius is slowly assuring his humanitarian ruler-ship to help bring back the  old art and science of Astrology and our ET’s celestial brothers to humanity. But Pisces still remain in each one of us and there will always be those deceiving Neptunians.

Those born in February and August will experience inescapable progressive changes while each sign of the Zodiac will be also drastically affected in various areas of their lives. But Pisces (Neptune) still remain in everyone’s chart and there will always be those deceiving born Neptunians. Maria Duval CNN and French Psychic Astrologer Dr. Turi …

It is difficult to speak of the future when the majority of my readers did not yet check how the Cosmic Code will affect them in 2016. It is completely against the Universal Laws to disrespect or ignore God Cosmic Will, and the wise words of his Prophets!

Nostradamus a Curse or a Blessing?

“Let who ignore my warnings be cursed by the eternal rites of the cosmic code universal ceremonies for a cosmic God does not speak to fools. Dr. Turi

Indeed the world religions as you know, practice or believe today is changing, but the subhumans i.e. ISIS and all lost souls are fighting  to the death, to stop God Cosmic will. Life is a constant process of changes, no one could ever escape or stop and so are my visions of a very dramatic future if we don’t have more supporters of the mission.

I was born February 26, 1950 in the constellation of Aquarius (The water bearer) with my Sun in the sign in Pisces. The above biblical quote was emailed to me years ago by a devout Christian who raised his own cosmic consciousness through my work!

But without studying the subject and mastering the hieroglyphs of the universe, there can not be an awareness or a legitimacy of my claims. Only the solid proof of my imparted cosmic gift is available when I offer you my spiritual “miracles” through my predictions.

The above can only infuriate the false god fearing lost souls who would be the first one to kill me, as they killed Jesus then. They never understood God’s cosmic messages hidden in the 12 apostles wise teachings, representing the twelve fruits of the Spirit, the 12 signs of the Zodiac, the 12 hours of the day, the 12 months of the year, the 12 sins, the 12 virtues, the 12 tribes of Israel. 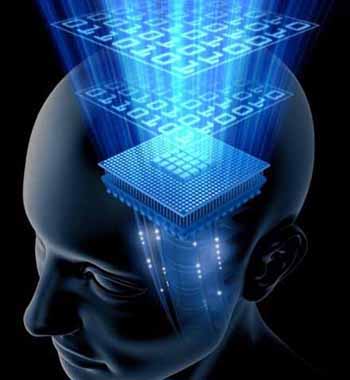 This is the digital code for Cosmic awakening or the source of energy which creates everything our soul experiences in many levels of grid realities. I am NOT a man made figure (Jesus / Allah or Buddha etc.) and NEVER wanted nor intended to be a Prophet either.

Nor did I ever claim on radio, television or public appearances that I was Nostradamus’ reincarnate, in fact just the opposite. But I am Me, Dr. Turi and simply mentioned that I was born in Provence France under the same stars as the great Prophet and worked endlessly to rebuild his rare methodology following 4th UFO experiences.

Now if you want me to be Nostradamus’s reincarnation, god or Jesus, so be it, it is your right to believe what you want. But there are “things” or God’s karmic order imposed upon every human being on planet earth, including myself, I could never explain, and this is how it is.

My wisdom comes from ET’s downloading the Cosmic Code jurisdictions on August 11th, 1991 in California and years of studying of Nostradamus’ Divine Astrology “Astropsychology.

And for Terania and I to deal with the Divine and UFOs is a God order, not an accident!  Its all real and all you have is my words; my predictions, my cosmic teachings to get your support or not!

Our teachings are much too futuristic, incomprehensible, fabricated, unreal, and ridicule by 99.9% of people trapped on this planet! And there is YOU, either part of the unconscious, gullible, misinformed herd or: the curious and intuitive  enough to make a difference.

And this is where you are at your current stage of psychical evolution. But the good news is; the more you read and share my articles, the further you steer the human cargo in the right direction! And this is above, close to a cosmic God operating in the stars.

If you are one of those rare spiritual human beings in the ocean of life looking for my uplifting spiritual hook, and interested in learning more about the Cosmic Code, God Cosmic Divinity, Astropsychology / Astroforensics, just ring the bell! I will open the door of a new world above for you to join our VIP’s in our Cyber Cosmic Code University! All the answers to what it means to be human and so much more is awaiting you!