Is the clock about to strike midnight for the United States of America?  What I am about to share with you is definitely very strange.  If you are convinced that anything unusual that happens in our world “is just a coincidence”, that belief may be challenged by this article.

Because we are about to witness an event that is extremely improbable mathematically.  The very last full moon of this entire decade will happen on December 12th at precisely 12:12 AM eastern time.  There are 31 days in the month of December, there are 24 hours in a day (although we use the number 12 to designate two of those hours), and there are 60 minutes in an hour.

So doing some quick math, I discovered that there is just a 1 in 691,920 chance that the last full moon of this decade would randomly fall on 12/12 at exactly 12:12 AM eastern time.  Could it be possible that someone is trying to tell us something?  This phenomenon is so weird that even ABC News is reporting on it…

If you have a thing for moon phases or numbers then mark your calendar for this upcoming celestial event.

It is interesting to note that this strange confluence of numbers will only happen in the eastern time zone of the United States and not anywhere else in the world.

What immediately came to my mind is the fact that this will happen just as the debate about the articles of impeachment is beginning in the U.S. House of Representatives.  Is the drama that is currently unfolding in D.C. going to represent some sort of major turning point for President Trump or for the nation as a whole?

The other thing that immediately came to my mind is the fact that when “the clock strikes 12” that means that it is midnight.

And midnight is symbolic of time running out…

This article was written and posted December 10, 2019 by Michael Snyder, the publisher of The Economic Collapse Blog, End Of The American Dream and The Most Important News,. The articles are republished on dozens of other prominent websites like mine (www.drturi.com) all over the globe. The link for the full story is below…

However, the reason for me to re-post his article is to point out a few things you must be aware of and make the critical difference between predictions, facts and a fertile imagination about the moon! 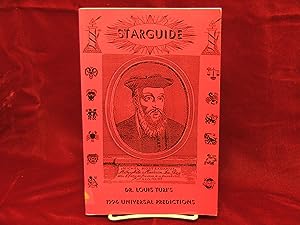 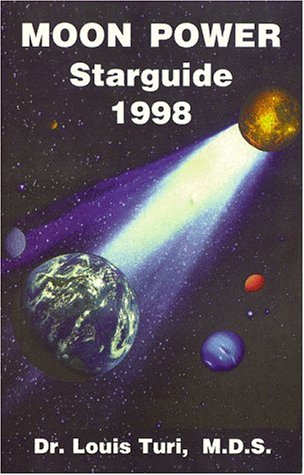 I have been following and writing all the secrets of the moon since 1985 and my first self published publication came out in 1995. Then for years those yearly publication/books were available on Amazon.com.

Yet I never received a penny for my intellectual property from the “Truth Seeker” Publishing Company where I first met my old “good friend”  David Icke for the first time in the early ninety.  Thus order books from my book page directly and reward my many years of hard work!

In fact my connection with the moon started with my grandma when I was a very young child. Much is explained in the TV show below!

I made a similar prediction involving President Trump years before Michael Snyder decided to write about the moon and our President’s fate and impeachment processes! My first vision was published June 12, 2013 then again on January 26 , 2015… (see quatrains below!)

One thing is sure though; Mike is not cosmic conscious and he knows nothing of the subtle secrets of the “moon power” and her passage through the belt of the Zodiac! This is not an attack to his creativity or his intelligence, only a representation of the truth I represent!

Something many people born with an inferiority complex will not appreciate and, in the process, assume I am an egocentric. Indeed those “young souls” also lack the ability to auto-analyze their weaknesses, and in that respect, how can they assimilate my cosmic work?

On the other hand, the “Super-Humans” will soon realize the true values of my work and will join the private Cosmic Code website to master the secrets of the “Moon Power” and digest the rest of the cosmic code jurisdictions.

A Harbinger For Trump? The Last Full Moon Of The Decade Will Happen On 12/12 At Exactly 12:12 AM, do you, like all our VIP’s really want to know what will happen during the next SOS to the world deadly window to you or the world at large?

It is only when the student is ready, that the real cosmic conscious teacher will appear…

As expected Michael Snyder’s rational UCI made him miss the forest for the tree… Once you read the full content of his article, you may agree with me and advise him to write about Astronomy and no Astrology!

His critical mathematical attention to details is phenomenal, but before anything, Astrology is an art and intuition and symbolism should be used, and not modern Astrology’s mathematical jargon! 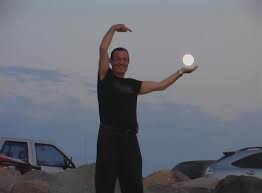 Astrology is an art, Dr. Turi is the Master

As mentioned so many times before, those who are supposed to be the “experts” in the topic they delegate, are often the least knowledgeable of the subject! And the same apply for the majority of UFO’s investigators who have never seen nor feel what it mean to deal with this phenomenon emotionally, physically and in my case with Draco, spiritually!

There is too much deception, misinformation and too much imagination going on with those “new kids on the block” and as a legitimate UFO contactee, many indoctrinated followers of popular UFO’s “talking heads” will hate me in the process!  But hey, the undiluted truth does not spare anyone and often hurt those who can not naturally apply critical thinking!

ON TO THE FACT!

Read the rest of the story…

I also encourage you to I encourage you to reach him on his social media on Facebook and Twitter, and offer him a reality check with Dr. Turi (www.drturi.com.) In any case,  please share both of these articles with others and give them the option to deal with the truth about the Moon, UFO’s and Astrology through my work and my You Tube channel!

If you wonder what went wrong between David Icke and I, READ! don’t assume pls!

“Man is superior to the stars if he lives in the power of superior wisdom. Such a person being the master over heaven and earth by means of his will is a magus and magic is not sorcery butsupreme wisdom” Paracelsus