NO SKEPTICS, THIS TYPE OF RARE ACCIDENT DOES NOT HAPPEN EVERYDAY!

Two vessels collided in the Suez Canal Monday — and footage posted online captured it on camera. “Whoa!” bystanders an be heard yelling in the video as the two container ships make contact. According to the Wall Street Journal, officials said Monday that the collision caused traffic delays, but didn’t result in any casualties.

How much do you think this mishap will cost the insurance company and could this “accident” been avoided? Yes and this is how… May be all the party involved should get my 2014 Moon Power and/or read my predictions? Or better yet, acknowledge the current  “Cosmic Super Nova Window?”

What would the captains of those ships involved (or *Captain Smith) have done, had they been cosmic conscious and prepared  for “miscommunication?” Would they, after the facts and the costly bad resume, today willing to heed my warnings, and read WHY this “accident or this Act of God” took place?”  You bet they would but as always, it is a bit too late for them to spend the $5.00 and read my warnings…

By the way, my 2014 Moon Power will not be published in a book form next year, the 2014 version  is the very last hard copy we produced.

Sad enough while this book is a true life saver and real, the wealthy corporate evil own and serve the public at large. If you do not have the means to advertise on radio or television, or if you are like us, a bit too controversial, (or much too ahead of society and science) there will be no enough demand nor appreciation for our ingeniousness – Even by offering my books for free for years no many people do realize its potential! So why wasting weeks producing it?

This book should have his eternal place in the N.Y. Best sellers list, not because it is fictional but because it is real and its crucial cosmic values are not yet understood nor yet appreciated by a latent fast atheist growing world.

Terania and I have decided to keep offering those precious cosmic pearls every months in 2015 onward, to our cosmic coders VIP’s only!

Mean time, think again if you think my cosmic work is only a wasteful pseudo – science readers and remember, the religious and scientific matrixes are working overtime to keep you in total darkness and away from God’s legitimate, tangible, practical, usable, provable, repetitive cosmic  Divinity!

SOS TO THE WORLD! October 2014 Daily Guidance and Predictions!

The same type of cosmic energy took the Titanic to his watery grave and messed up the Concordia and so many other ships over the centuries – Titanic, Costa Concordia, the moon, David Icke and Dr. Turi (VIP’s only)  Public version.

Do you really think the stars affects only human, think again!  Mercury rules general transportation, wheels, legs, car, buses, planes, buses, anything and everything that move! Including animal paws.

I am so sad, damn this hurt I can not run and must take pain killer and antibiotics now!

Thus,  do you think it is an “accident” for my own dog Macho to hurt his paw and lose a nail during this nasty cosmic window?

REMEMBER THE COSMIC CODE WILL DO ALL IN ITS POWER TO STOP ALL MOTIONS!

Imagine losing a nail, this really hurt human and animals…

Could this have been prevented, yes if the door that confine the dogs was not a dog nail trap! and I had to fix it to avoid my other dog  Draco to suffer the same type of “accident.” The vet said the nail will grow back and in about two weeks Macho will be just fine!

Thus watch your pets, this is where they will injure themselves or get lost!

In the past, each time Mercury was retrograde something nasty happened to us at home last weekend and was not different! And if you are a Gemini like Mike Broomhead, Barry Young at KFYI and George Noory or Art Bell, or work in the broadcasting Industry, chances are, your will be DRASTICALLY affected because this sign rules RADIO!

Afternoon host MIKE BROOMHEAD will move to mornings to replace YOUNG. YOUNG has been with the station since APRIL 27th, 1987!

Not that those logical souls will ever be cosmic conscious enough to realize how crucial my cosmic work is for society and education at large!  May be Barry Young should investigate Dr. Turi’s work and use his notoriety for a good cause? It good to dream…

But are all those people idiots and refute my work or wise and  well warned? I hope they read my work, because I keep a close contact via email with them all…  Thus if you own a very strong air sign, a moon or natal/hidden Dragon in Gemini, this could be life changing for you!

I recall also suffering many car accidents, even right on the post office parking lot. Mercury rules the post office and during his reign you can expect this type of news…

Clerk too lazy to deliver mail 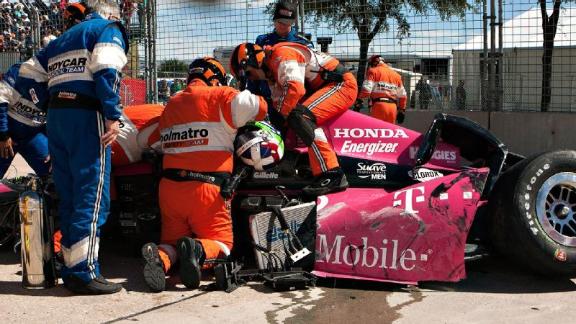 Remember readers; there are NO accidents, only cosmic circumstances at work science and 99.09% of humanity has not yet assimilated and my mission to bring forth this rare wisdom is the difference between life and death when making decisions. Armed with such a wisdom you can enjoy life longer and avoid those “accidents.”

While the scientific community and the The Royal Swedish Academy of Sciences offers a platform for recognition in physics to two deserving rational souls, my accomplishments in the conception and applications of a spiritual Universe is ridicule or sought as pseudoscience only! ‘God particle’ scientists win Nobel.

Today infantile scientific community is not ready to give Nobel prize for something they can not see or touch! Do you know what a Nobel prize entails readers?

“A parody of the Nobel Prizes, the Ig Nobel Prizes are given each year in early October—around the time the recipients of the genuine Nobel Prizes are announced—for ten achievements that “first make people laugh, and then make them think.” Commenting on the 2006 awards, Marc Abrahams, editor of Annals of Improbable Research, co-sponsor of the awards, said: “The prizes are intended to celebrate the unusual, honour the imaginative – and spur people’s interest in science, medicine and technology.“All prizes are awarded for real achievements…

And real achievements can only measured, checked, investigated but WHY DON’T THEY DO THIS WITH MY WORK?

I underlined what I consider would fit my independent research on the cosmic code manifesto and its subtle interaction with the human psyche but how can any of the judges realize the gift and values of my work when they are ALL cosmic unconscious or when I am immediately dismissed as a “psychic” and ridicule? That is the PRIZE I have to pay for being the first Cosmic Cop and 50 years or so into the future…

All I can do is to keep forging forward and try to breach today’ science psychical limitation while re-introducing  a factual God’s divinity and his celestial omni presence. Time have changed and changing even faster each passing day readers and there is no accidents for you to read me today!

And while I will never get a Nobel Prize, I already own it in the hearts of those who truly know and understand my work and I. At least,  I can indeed associate with a great genius and this is the curse I have to endure to free humanity from fears and its cosmic ignorance.

So many times I warned of science reluctance to deal with God’s cosmic divinity or God particle objectively (macrocosm) instead of dealing with microscopic particle (microcosm.) But I also mentioned many times it seems to be a natural default for all scientists to miss the entire forest for the tree…”

I know, it is when I will be 6 ft under that the world will finally recognise Dr. Turi as the    ”master” of cosmic eternal rites and Universal ceremonies… So much for “short imaginative stories”  when all my work is non fictional and crucial for humanity survival..

But the fact is;  only an extreme minority of smart human beings can appreciate or detect ingeniousness… And in order to be recognized by the “experts” the cosmic unconscious elites of the educational controlling matrix must be smarter than the writer himself! In my case, this is not the case…

My commitment to you is real and my work will refine your spirit into the acknowledgement of God’s cosmic divinity speaking his Universal will through the signs.

Those now gone civilizations knew those cosmic magnetic forces that direct and move all the planets in our galaxy are to be used wisely and with it,  a life filled with health, love, respect, peace and harmony for all.

But when science and astronomy refuted the spirit and ridicule astrology, man made religious folly took over  God cosmic identity Then, this rare cosmic wisdom and the spiritual essence of humanity got lost in time and space…

I am here to bring it all back and offer you solid proof of my claims with dated predictions, something, only the envious, non evolved, sub-human dry atheist can reject!

THOSE FORECASTS ARE NOW READY FOR MY VIP’S

October 2014 Elaborated Horoscope For All Signs

October 2014 SOS To The World Windows

Please vote for me, help me make my cosmic mission a reality

Now only $5 – Click image above to purchase the 2014 Moon Power Starguide –  Now Available for Download!!  This book will become a collective item for the children of the future…