THERE ARE NO ACCIDENTS, ONLY COSMIC “INTERFERENCE” THE WORLD AND SCIENCE HAS NOT YET ACKNOWLEDGE NOR CAN HEED! May God bless your lost soul!

The science of Astroforensics or the medical aspect of Astropsychology has depths and all detectives and medical experts would learn greatly learning and using it! To all the “educated” her sudden death makes no sense!

Just by looking at the year of the birth (using my software)  I found out that, Lucie was born with a Leo (life/love/fame) Dragon’s Tail (negative). Those souls nurture and endless fear of death and are particularly weak on the heart (ruled by Leo.) Knowing she was not allergic to bees, the very fear of being allergic caused her to suffer an heart attack and she died!

Lucie shared the same Leo dragon as Princess Diana, and Steve Irwin was prone to suffer an early and original, weird, unpredictable early demises if unaware or are unwilling to investigate and prepare for her natal UCI.  When is the last time you went and stand under your stars to UNDER-STAND your cosmic nature, your fate, your sins and virtues? 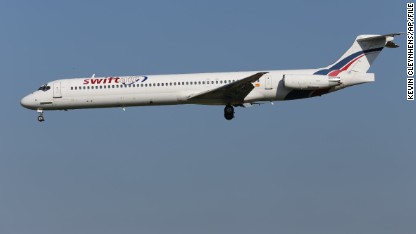 DO NOT FLY AFTER THE FULL MOON! Meantime I flew all over the world after the full moon and in the worse possible conditions without any incident! Read more about the Power of the Dragon and the crucial  Universal Law of the moon! and most of all INVEST in your “lucky/unlucky celestial  Biorhythms” or pay the ultimate price for your cosmic ignorance.

Animals like human are also under the Cosmic Code  jurisdictions and become aggressive, even deadly!

People take chances, they do and say stupid things on TV Did Snoop do pot in White House?

when they should not and end up defamed, captivated or dead!

High winds hit campground; 2 dead – Mother earth also respond her way during her endless “universal cosmic biorhythms” but so very little know about metaphysics and end up her victims.

“God created the stars and the heaven for more than the sake of beauty; He gave them to us for interpretation so that we may live a safer more productive life.”

Chief Carmody said that Oestrike often traveled to different states and investigators were sorting through financial and travel records to determine the purpose of his trips — whether for his job, his church where he was a missionary, or otherwise.

Deceptive Neptunians are attracted to “God’s jobs” to get close to children and be sought as good people when they are evil! If you are a cop read Police Requiem to recognize a Plutonic born killer from a law obedient citizen! Doing so will save your life!

Ignorance is evil, knowledge is power! Times have changed but not your perception of a cosmic God! This is why thousands of VIP’s chose to join and learn daily in my Cyber Cosmic University. Join, learn, be guided, be prepared, be safe NOW!

Be safe, be smart, educated yourself on the reality of a cosmic divinity called God! –

Endorse my work! Help me help all the children of the future please!JOIN US SHOW YOUR SUPPORT! BECOME A VIP