The Stars and Fate of Anthony David Weiner Because of the importance of the upcoming N.Y. Mayor 2013 election I have decided to make this newsletter about David Weiner’s psychical make up public.  Armed with advanced and accurate information on Weiner’s  karmic UCI the voters can now get a better understanding of the cosmic forces at work, the life and fate of this candidate.

Before digging into his chart, I already knew that Weiner was born a DUAL with the negative dragon’s tail in the obnoxious sign of  Sagittarius right in his 3rd house of general communications. And you wonder why he got in trouble? In fact one of my closest friend own such a Dragon and at time, his mouth becomes really dirty in public.  Such a Dragon is a perfect representation of the expression  “A bull in the China shop!“ But his friendship and good heart override his unrefined brutally direct karmic UCI and (MPSI)  Matrix Personal Spiritual Identity weakness and we always forgive him each time he apologize for his ungracious verbal conduct.

I wrote about many DUALS individuals such as President Clinton, O.J. Simpson, Rodney King, Newt Gingrich, Roger Hedgecock, Casey Anthony, Van Der Sloot  Rush Limbaugh, Dr. Laura, Mike Huckabee but no one so far has beaten the worse traits of dual Gemini as “Patti Stanger Millionaires Club!”  And all those  cosmic unconscious souls did or will in time paid the price of their cosmic ignorance. Google “rich and famous dr.turi” for more articles on this subject! 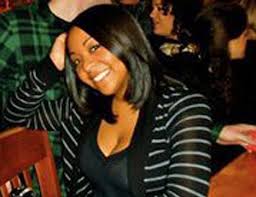 But what worries me the most is Weiner’s young victim Gennette Cordova is now at risk because ruining a N.Y. politician’s career will bear its fruits in the long run.  The cosmic make up of Weiner also involves that of dangerous and powerful criminals connections and the the new “2014 Arian Draconis” will be  afflicting both their 8th house of death, where suicide or murder becomes a very high probability.  She is also a Virgo  and her negative Dragon’s Tail in Leo makes her prone to attract the wrong people in the affairs of love and this Dragon does not endorse a long life! Little does she knows about the 2012/2014 Scorpius Draconis forcing her to expose the truth of her misadventures with  Weiner…

Romney’s near death experience in France

Little does she and Weiner knows they were karmically attracted and manipulated both their own dragons… Incidentally Mitt Romney was also born with a dangerous, unlucky Sagittarius Dragon’s Tail and this makes him VERY unlucky on foreign ground, with Latino or anyone non Caucasian. And you wonder why he lost the election?  But was it a good thing?

As a rule those born with a Dragon’s Tail in Sagittarius are NOT lucky with foreigners and with foreign affairs but my book and supreme cosmic wisdom on “The Power of the Dragon” is not on the N.Y. best seller list because nothing in my work is fictional or easy reading, instead   Harry Potter, Don Quixote, The Three Musketeers, The Adventures of Pinocchio,Alice’s Adventures in Wonderland books pin point the intellectual level and interest of 99.09% of human living on earth!

Gennette Cordova was born with a stellium including Saturn (career interest) in Capricorn in her 5th house of love and attarction between human beings, making her interested in high political older figures and why through the  “Universal Matrix” she was “magnetised/attracted/lead” to Weiner.  Sad enough her cluster of stars involves also deceptive Neptune and Uranus (the Internet.)

The reality is both the sexual perpetrator and its victims (including 99.09% of the world’s population) are  cosmic unconscious and played their part in the endless cosmic rites and ceremonies.  If you are a student of Astropsychology or an avid reader of my work I exposed many DUAL famous and infamous people since  I joined the Internet back in 1991.  Not to forget Mr. Pope also born a Dual! And all these high profile celebrities are your political, religious and educational leaders? OMG! have mercy on your children…

Blessings to all my readers – Dr. Turi