Names and sexual details of hundreds of girls were scrawled across huge wall in a scene from a horror film. If the evidence on the wall is anything to go by, we could be talking in the region of 650 victims in all. It’s shocking.”

If you recall some of the news that transpired in 2012 and 2013, it seems my prediction involving the Scorpius Draconis exposing all sorts of secrets, especially those involving sex is indeed again undeniable…

Prediction #  5. Many large established religious Corporations will be audited and forced to secretively “merge” to avoid bankruptcy. More sexual covered secrets will come to light in time and the responsible will be punished. The fact is with thousands of sexual abuse cases not one bishop, archbishop or cardinal has been fired or disciplined. This will change as Pluto offers serious wake up while bringing Vatican secrets to light.

But what is the purpose of such a dragon, is God’s cosmic will dedicated only to uncover the latest intrusive police technology,  the abuses from the  Feds, IRS, FBI Secrets Divulged! including the State Department workers and the FBI hiring prostitutes, not to forget the potential for Snowden to destroy the USA, the deadly potential for this dragon to kill our courageous firemen, or the exposure of sexual monsters such Ariel Castro  and Pope Francis Vatican’s  financial masquerades or its legal system  to criminalize leaks of official information and formalizing laws against sex crimes?

But while the NAVY and the ARMY are wondering about the incontestable wave of suicides and embarrassing sexual problems it has to be by now something you can not ignore, acknowledge nor accept as a fact but again this is if you are a faithfuls reader of my incontestable predictions. One of them was for the Swiss government to peel back bank secrecy not to forget  my “New SARS-like virus is a ‘threat to the entire world’ Prediction.” But there were so many more “premonitions” that came to pass, I can only do so much to refresh your memory and knowing the human mind is lazy I wonder how many of you will be clicking on the provided links to check my claims?

Imagine if those lazy minds had to produce such prophetic material and maybe you will appreciate my gift/curse a bit more!  All I can do is to ask you to “Become a Light Fighter” and offer me your support because, as I am coming close to my retirement age, I am seriously thinking of stopping offering my pearls to the world and concentrate on my VIP’s only!

With this in mind would you be interested in knowing what my “2014/2016 Arian Draconis Predictions” would bring you and to CNN?  Well many of my VIP’s have requested me to expose the UCI of yet another of the Scorpius Draconis victim with Anthony Weiner! This educational article on his psyche, stars and fate will not be public! 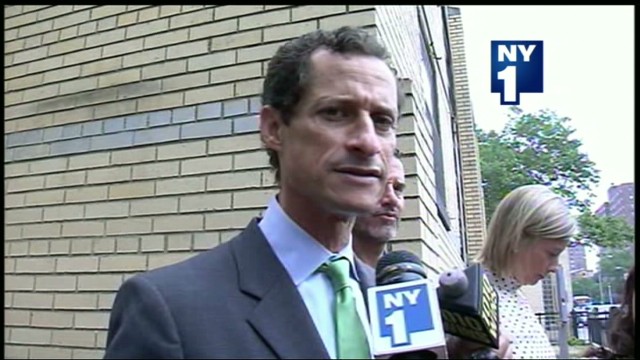 I will soon generate The Stars and Fate of Anthony David Weiner for my VIP’s do not miss this educational newsletter join now, show your support for my work and learn what it means to be human! You will not be taught such rare wisdom anywhere else! http://www.drturi.com/store/cosmic-code-membership/

Update –  Did you read “Watch your possessions?”  in this newsletter?   Here is the result of my forecast found in Moon Power – Stolen Cannes jewelry worth close to $136M, official says… 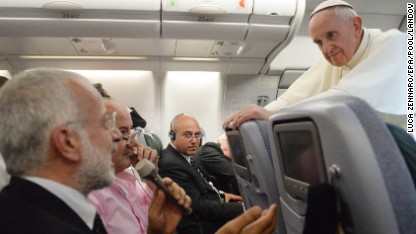 ABOARD THE PAPAL AIRPLANE (CNN) –Pope Francis said Monday that he will not “judge” gays and lesbians – including gay priests – signaling a shift from his predecessor and offering another sign that the new pope is committed to changing the church’s approach to historically marginalized groups.

Meantime this  sexual oriented dragon is forcing the Vatican President, Mr. Pope to stand in between and grasp / keep more religiously poisoned hijacked spirits into his deceptive “vocation.” While I gave further explanations on the “Milennia / Baby Buster Generation” Pope Francis DUAL UCI is playing his perfect sale pitch adapting to all and any situations. The Stars and Fate of Pope Francis educational article is for my VIP’s only! Time for you to become a VIP, join and learn more on how God cosmically “computerised” his children to become a Pope, a fireman, a cop, a lawyer, a scientist, an artist, a genius or a killer!

If someone is gay and he searches for the Lord and has good will, who am I to judge?”  Francis said in a wide-ranging news conference aboard the papal plane. The fact is a cosmic unconscious Pope has NO answer to what it means to be gay or lesbian but he certainly know how to act and sell you the “time share” or the wind of a deceived, cosmic unconscious spirit to save the Vatican! I am not the Pope, nor God representative on earth but the fact is I know God and the human nature (its sins and virtues) better than the Pontiff himself and all the scientists combined. Because I can hear and see the creator in action through his stellar divinity and because I had a very different life and was touched by the light…

people immediately assume that I am the most egocentric man on the planet; but who’s to blame this young soul in his journey to God and the light?  All I can suggest you is to get to know me before cursing or burning me to the stake.Soon I will expose the many matrix’s humanity is stuck in and what to do to escape the system and control your fate!

I am wondering why you have turned down Dr. Louis Turi for being a guest on your show.   I do not even watch your show, in fact if it wasn’t for Dr. Turi, I would have never heard of your show.

I have been following Louis Turi for a few years now. I was skeptic about his work and his overconfident personality at first LOL However not long after he sends out his warnings, Ill be dammed if I do not start seeing the vary disasters he warned about happening before my eyes!   There is something  to his work. He is no fake and it would behoove you to have him as a regular guest on your show. He sees the future and this would be a plus for not only your show but also your viewers.

I have so much confidence in his predictions that I started telling my professional friends and family and close friends about him. I did not want them to laugh at me at first. But now they all see his predictions happening too. They ask me every time they see me…what has your astrology guy predicted this week. They like following too. I think your audience would as well. Please reconsider.

I will tune in to Dr. Turi if he is a guest on your show.

Thank you for your time,

Hello Ari and Serena……..on your show for August 10th…SHATTERING THE MATRIX….please do rethink your choices for guests….Dr. Turi is a fascinating and enlightening educator on such subjects……he surely would bring a most intelligent and refreshing conversation and information to your show.  I realize you may have many persons wishing to speak on your show……but Dr. Turi offers information, even though perhaps thought-provoking…..but that is just what brings a broader viewer audience to your programming …..PLEASE DO RECONSIDER BRINGING DR. TURI TO YOUR SHOW.

Thank you, and Blessings,
Marcia Bailey

I would think you would want someone of Dr. Turi’s knowledge and truthfulness.. Have you not read or seen the many predictions that he has let us all be aware of? I feel if you were to have him on your show, you would have many wanting to know more about him and what he has to say.  He is always right on..  no sugar coating of words.. He doesn’t have to, because he is very aware of what he express’s to anyone he comes in contact. Its to bad you don’t have room for him on your show.. Its your shows loss.. Its ok tho, Dr. Turi will keep right on moving forward as he always does.  Like he tells his members of Cosmic Conscience group, “my cosmic matrix energy is a bit too much for some rational people”   so be it..

I am still waiting for Tom’s announcement of George Noory and I interview on Gaiam TV and I will let you know as soon as I know when you can view this show. Indeed another program that will make you think out of the box, meantime remember… When you make people think, they love you, but when you REALLY make people think outside of their comfortable zone like I do, then they hate you…

But this is what the current Scorpius Draconis is all about, it forces you to spiritually die to where you are at and upgrade your psychical faculties, because what you do not know or decide to ignore is not an option any-more. Through my work, this Dragon is offering you the wake up call you need to upgrade to a better, wiser, more spiritual human being able to perceive God’s real cosmic identity outside of the lure of any and all religious Neptunian deceptions. 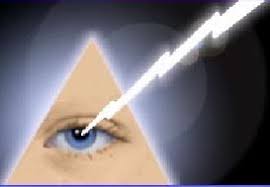 Blessings to all my readers  – Dr. Turi