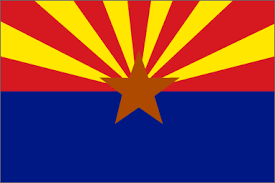 THE NEW POLICE STATE? YOURS IS NEXT!

IF YOU ANSWER NO THEN THUS YOU MUST SIGN THIS PETITION FOR JUSTICE AND POLICE CONTROL AND PASS IT ON PLEASE!

I always teach my students to pay attention to any omens, especially when they are repetitive. While I am trying to reach the cities of Scottsdale  and Surprise authorities, its Mayor and local police many of its residents may found themselves in my situation and something must be done for the well being of the entire community.

I remember the days when I used to live in Scottsdale, I loved it because it is such a classy beautiful city but is the Arid Zone (Arizona) too hot and becoming a police state for us all? My story and feelings are probably shared by thousands of residents suffering the same abuse of power.

It all started with a benevolent church trip to a local lake where I was asked to use my speed boat for underprivileged kids. Then a cop penalized me because one of the parents did not fit his child with the proper size life jacket. This was totally out of my control  and with all the excitements of the day my thoughts were to make sure all the kids had a great time.   The other seven kids were properly and safely fitted while the youngest ones’ life vest was a bit too big for its tiny body.  I was upset because, as a responsible human being, I did not foresee the possibility of endangering the life of a child because all the adults involved were more concerned of making sure all the kids had their chance of having a good day and they were hundreds of them waiting for their turn on the beach.

Gee I thought this cop had nothing to do than to stop me today, knowing my precious cargo I was using less of half of the capability of my speed boat, in fact I was going quite slow for some of the more daring kids and they made sure I knew about it. Regardless of their many requests for more speed and excitement  I keep my boat on a very safe low speed when the cop stopped me. Probably the reason why he was able to see the endangered kid’s life vest…

A few weeks later I decided to take a road trip with my wife when a series of big flashes caught my eyes going pass the city of Surprise.  I was following the traffic speed on HWY 60 towards Wickenburg, the road was wide and clear but me and a few others got caught speeding.  I never drove there before and unlike all the locals I did not know about the electronic trap the local government set up there.

Again remember if you are local chances are you will NOT be caught but if you happen to drive trough you WILL make the same mistake thousands of other people did! Live cops are much too expansive, thus you are fair game to them and THEY NEED YOUR MONEY TO SURVIVE! You like it or not, its only GOOD business for them and the electronics bought with your  taxes are a great lasting investment…  A few days later I realized I was 10 miles above the speed limit and was fined over $200.

For years before these incidents I had a clean spotless driving record, not even a parking ticket and I thought taking the traffic school option and use the money on a fine diner with my wife in Scottsdale instead… But when I called to set it up, because of my boating “infraction” I could not do it to avoid the fine and I again paid over $200.

Why would the road and lakes rules with two different schools apply for both infractions? One is on the road the other on the water and the rules differ totally. I was really mad because again the parents handed up the kid to me and he was under my responsibility to check all life vests sizes when they actions is all over?  The set of circumstances made me; the good guy, a child lover, someone that dedicated all his life for the children’s welfare being punished because the system is set to SUCK your money in any and all possible ways?

Then  June 2, 2013, at 10:42 PM in the middle of nowhere  on SB Pima Rd and E. Hualapai Drive I got caught again 13 miles above the speed limit.  We were on our way back from visiting a friend’s beautiful house thinking we may benefit from the current formidable real estate market and purchase it. My wife and I could not believe it, in the middle of no where, late at night, when behind and in front of us all we had was the wide open clear deserted road.

I was reminded once again of the city police trickery. For god sake who was I endangering then, in the middle of the desert, at 10.30 PM with absolutely no traffic going on?  Rabbits, coyotes, snakes?  This was yet another omen telling me not to invest in Scottsdale area and may be move away from Arizona.

Why would the city place those light so far in the desert in such a wide road if not to catch people like us who NEVER drove there before?  I understand those cities laws are designed to save lives but this is a total abuse of power and very deceptive for law obedient citizens like us.

YOU SHOULD BE SAFE AT HOME DOING YOUR HOMEWORK AFTER 10 PM HUN!

Well wasting over $600 in such a short time for the state of Arizona helped us to realize Florida would be a much better place for us to be, knowing there is less taxes if you own real estate there. Furthermore, every years I donated and proudly promoted and supported  my local police with their sticker on my Hummer but no more. Their new electronic equipments is designed to act as a bank and steal/abuse our credit cards.

So following those omens, Terania and I made the decision to sale our AZ homem invest and move to Florida because Arizona is becoming a police state where law obedient citizens like us are tricked and forced to pay the state. Again I understand the law is designed to protect ALL citizens but for God sake there is a big difference between Dr. Turi who never had a DUI or killed anyone in an accident since 1984 when he first arrived in the US.

I think good hard working people like us should be given a break because driving 10 miles above the speed limit DOES NOT MAKE US BAD DRIVERS, especially in remote areas and at night enjoying the thrill and safety of AZ wide roads.

These traps are unconstitutional and infringe our freedom, traps are for animals and posted far away from the city lights. Thus if you are in the same situation that us and you want to stay in AZ this is my petition for you.

1 – Do not TRICK US, time those “trap lights” during the busy day only, turn them off when all the kids are safe at home back from schools.

2 – Check on the driving record of all citizens and if they never had a DUI or never killed anyone on a traffic accident this mean they are responsible citizens and good drivers. Driving ten ridiculous miles above the speed limit on wide roads at night does NOT make us bad drivers but victims of a police state going out of control if people like me do not do anything to stop the abuse.

My newsletters are read by millions of people world wide thus if you decided to move to AZ remember why Dr. Turi is living this police state behind and why Florida seems more appealing to us.  Yes I could have challenged  the “offence” by appearing in court, but it would have been such a waste of time for all Arizonans who like me were victimised by such an abusive state.

What’s next? Blood, spit and cops – Police in Alabama set up roadblocks for a voluntary drug and alcohol survey, triggering accusations of government intrusion. FULL STORY

It does not matter what state you reside, yours are next if you do not voice your opinion.

DID YOU EVER GET A DUI?

DO YOU LET YOUR KIDS ROAM AT NIGHT?

DID YOU EVER KILLED SOMEONE ON THE ROAD?

ARE YOU RESPONSIBLE FOR AN ACCIDENT THAT COST THOUSANDS TO  YOUR STATE?

IF YOU ANSWER NO THEN THUS YOU MUST SIGN THIS PETITION FOR JUSTICE AND POLICE CONTROL AND PASS IT ON PLEASE!

So the state make over $600 bucks on me last few weeks but they will lose much more in the long run once we move away.  I have been in the US since 1984 and in business since 1991 and always paid the Feds and my AZ state taxes and all my spending will stop enriching this state .  You may not realize but a single family unit spending and taxes brings in thousands in revenue to the state and my newsletter will stimulate more people to; either suffer the abuses, do something about the abuses or simply like we plan to do move away from Arizona new police state.

Once I sell my house and move my business to Florida  I will save a bundle because Florida state and tax laws are different and attractive.  I ran a home base business and  we plan to sell our house and invest / live right by the beach in a luxury condo/building apartment where I will drive much less and spend my retirement days travelling by air and fishing on my boat.

Please pass on this complaint to all the people you share the same feelings than us and let’s do something for the people of Arizona. I am much too busy to start and maintain a petition and on my way out of Arizona but I am ready to fight for any form of abuse and injustice.  At least I started the freedom/justice process for all Arizonans and in case you do not know yet, I can see the future quite clearly…

Dr. Turi; I  agree. the stinking police in arizona, charged me with running a red light because, there is no way anyone can make it across that intersection if the light turns yellow as you enter it. then they told me that they smelled marijuana, and were thinking of searching my car, I don’t smoke anything and have no use for marijuana  or any drug. So I agreed to paying the fine or traffic school. I was driving less than the speed limit, because of the heavy traffic. Police are scum. And by the way. When they work for a corporation, they are no longer police but security guards. and all cities and towns and counties are incorporated.