Teaching science  and USGS but no Nobel Prize for Dr. Turi

“I realized this sort of conscience doesn’t happen in science. These dawn and dusk quakes during new and full moons are the paradigm on the west coast,” he said. “All six great quakes that have struck in Los Angeles that have killed people since the 30s, all of them, dawn or dusk [quakes]. How can earthquakes be predicted? Nabhan says that it is the, “conjoined lunar and solar gravitational tides,” are what cause them.

MEMO – “Interesting email from my Webmaster Alan sent in 2010: You know Dr. Turi I realized something super interesting looking at your Alexa stats. A third of all your traffic comes from India. What’s that about? Maybe you need to make a trip to India? I tell you why I think that’s super interesting as well — India (as OF COURSE you know) invented Vedic Astrology so the fact that they are heavily interested in your European style is a huge testament to your work. It’s like they’re saying that YOUR astrology is better than their own. It’s like if I had a new Cuisine/US Chef site that was visited mostly by France and Italy. That’s a huge compliment my friend. Unless of course they’re stealing your work and retrofitting it into their Vedic style! You never know!

Well we are in 2014 and this tells you how far advanced I truly am knowing this is all I tried to tell the scientific community since 1991.  Meantime there are a few things Andres Limbers and KDKA Radio Morning News Larry Richert should know and also ask David Nabhan a few things!

First;  WHY USGS NEVER answered Dr. Turi since 1995 when he  gave them unarguable large earthquakes predictions?  And second knowing I have been blasting the Internet with earthquakes predictions since 1991 and explaining how the tides created large quakes on George Noory national radio shows and all my  other TV radio shows  IF, David Nabhan never heard nor learnt anything from Dr. Turi?

WHAT ABOUT A PUBLIC CHALLENGE MR. NABHAN? ANY RADIO or TV HEAD WILLING TO SET IT UP? Your methodology against mine and let the public decide… But will I get the same response as with James Randi?

With such a HUGE presence on the Internet, constantly generating predictions on my Cyber Cosmic University, and confirming all large earthquakes hits on BIN, could David Nabhan have never heard of my work and my methodology?   Yes much like the Indians Astrologers endlessly learning form the master!

I have had the pleasure and privilege of knowing Dr Turi since the early years of The ‘X’ Zone Radio Show going back to the 90s. He has always been a true, dedicated and professional wanting only to make positive changes in the world that we live in and to his fellow humans. On Wednesday, September 7 from 2 pm – 3 pm Eastern, Dr. Turi was a guest on The ‘X’ Zone Radio Show which I am the creator, host and executive producer when he accurately predicted the earthquake that hit Vancouver and The Islands in British Columbia, Canada on Friday, September 9, 2011. You can listen to our interview at The link to the show is up and working – it is http://traffic.libsyn.com/xzone/20110907_seg2.mp3

When Dr Louis Turi speaks, people should pay attention! It is without hesitation and great pleasure that I fully endorse and recommend Dr. Louis Turi.

But nothing is surprising with science knowing only those who own PhD’s are worth investigating yes? If you only knew readers how many very well read and educated geologists readers avidly consume my work daily! Indeed Astrogeology is born but like many erudite men of the past, its only after their passing that justice and intellectual property is assigned to the real dead genius… Full moon may disrupt may Dr. Turi says it does

“CME’s or  “Coronal Mass Ejections / Solar Flares have NOTHING to do with natural disasters, tornadoes, earthquakes, tsunami etc. Furthermore the Sun is much too far to affect humanity or the earth entrails physically apart from warming up its surface with its powerful rays. The sun is a “luminary” a star and not a planet. Our closest satellite, the moon (moody/lunatic/tides) which is much closer to earth  and the sole responsible for all natural disasters, including large earthquakes and all human affairs. But depraved of Cosmic Consciousness, science, religion and conspiracy theories can only offer you erroneous answers…”

So the scientific community likes solid proofs? Here it is again and anything that has ever been posted on the Internet is there to stay forever and with a little search on “Deja New” anyone can trace these dated posts.

From Dr. Turi – “Dear Sirs: – On Oct. 8th and Oct. 9th a very unusual seismic activity will be noticeable and will produce many quakes above 6.1. More information is available pertaining to my method if requested. Respectfully- Dr. Turi” 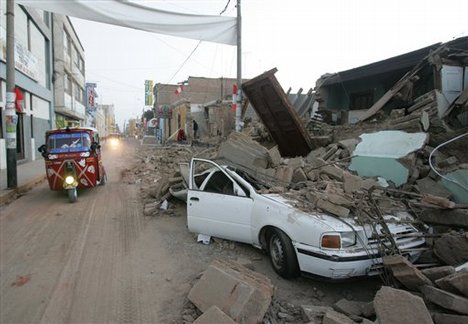 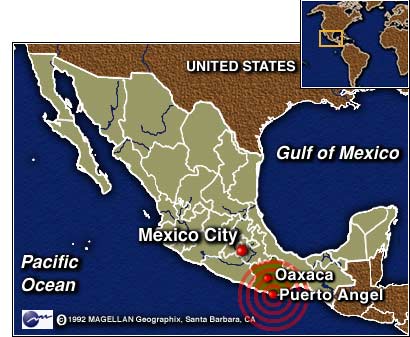 Yes and I did all this without stealing hard working American citizens taxes but readers did it occur to you how many BILLIONS were wasted since 1991 when I offered my services to USGS? Its now 2013 and 22 years later and with all the scientific researches and sophisticated electronics equipments they developed they need more of your money to convince you they are about to offer you a 10 days warning?    ARE YOU JOKING? The fact remain ALL major disasters since 1991 transpired in one of the numerous  ”SOS To The World” or my “windows of high probabilities!”

All the scientific community has to do is to INVESTIGATE my claims and there are TONS available to them posted for ever on the Internet… But remember doing so mean accepting defeat and the fact that an “uneducated” French man who uses the divine has and will ever always be able to do and offer better “predictions” than them all combined!

Now this does not mean science is bull but their earthquakes predictions methodology is NULL, unreliable, non existing and shows a serious inefficiency against my unarguable “mystical” methodology!  Your tax dollars is going to those well-established governmental institutions but, never in a million years will they give you either the  location of right timing to when the next large quake will take place! While my valuable research and my obvious findings (and predictions) are not taken seriously?

Interesting email from my Webmaster Alan sent in 2010: You know Dr. Turi I realized something super interesting looking at your Alexa stats. A third of all your traffic comes from India. What’s that about? Maybe you need to make a trip to India? I tell you why I think that’s super interesting as well — India (as OF COURSE you know) invented Vedic Astrology so the fact that they are heavily interested in your European style is a huge testament to your work. It’s like they’re saying that YOUR astrology is better than their own. It’s like if I had a new Cuisine/US Chef site that was visited mostly by France and Italy. That’s a huge compliment my friend. Unless of course they’re stealing your work and retrofitting it into their Vedic style! You never know!

With this in mind can you go now to www.alexa.com  and let me know when “Sharma Predictions” or “The Mahendra Prophecies” started their website please? www.drturi.com was started in 1991 and all my articles about money, investments, the moon, timing ,  and how to use the cosmic code  for business etc.  has been on national radio, televisions and posted on all websites and my own since 1991 – CHECK FOR YOURSELF!

Do you have the potential to become a millionaire?

Now you can help me and make the author of the article Kenneth Rapoza and Forbes magazine aware of the facts than someone in the US and not in India called Dr. Turi did the ground work since 1991! Thank you for your help and the help of the Scorpius Dragon demanding the truth to be exposed at any and all costs…