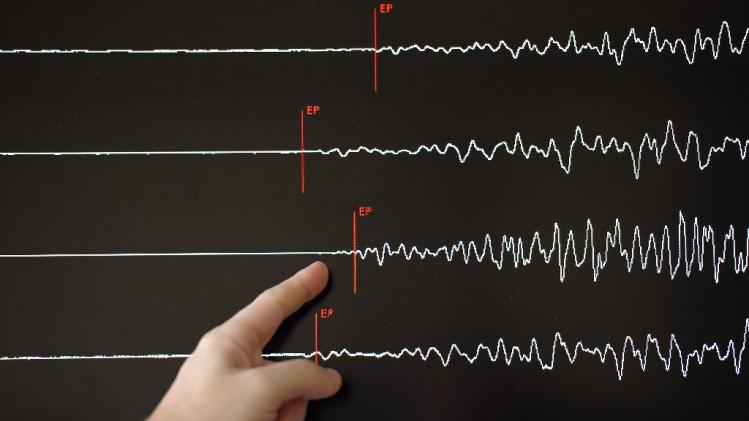 Due to the well dated, printed published and well publicized “SHOCKING” predictions, my SOS To The World” are becoming more than ever important for the world to heed!  Because “Astrogeology” of the future is not yet accepted as a solid discipline does not eliminate the facts that my cosmic work timing is undeniable.

THIS HAPPENED DURING MY “SHOCKING” WINDOW HOW MORE PRECISE CAN I BE?

I am asking the reader to keep an open mind and investigate my work instead of assuming it is a wasteful pseudo-science. Be sure the BIG ONE will be well advertise in my “Cyber Cosmic University” well before USGS or NASA notify you.

Be sure readers, there is ARE NO WARNINGS coming from the scientific community EVER! By the time the needles move you may find yourself right in the middle of the biggest earthquake I see hitting California. I keep warning you and today 6.1 quake was a WAKE UP CALL  for you to pay attention to the unarguable timing I offer my VIP’s.

You want to know where it will happen? Ask USGS not me, because they are wasting your tax dollars to maintain their exorbitant lifestyle and the scientific matrix general expansion.

At least I am offering you an impeccable timing ALL for FREE! Science has forgotten the spirit and they hate Dr. Turi for being 100% right predicting a SHOCKING weather (and some) developing for August weeks ahead of time!

Hawaii preps for back-to-back cyclones! Did anyone paid attention to my warnings?

Never in a million years will USGS make a good use of your tax dollar because so far I did a million time better than they did! All without your financial support!

Who can and will deny the undeniable values of my predictions? The end of all false Gods!

Work, Career and Business: The general mood will be depressing. You can expect a serious beginning or ending of important parts of your (and others’) life. Be ready for those upcoming progressive variations. Keep in mind that life is a constant process of change and even if you don’t realize it, the stars are working for your benefit. With Mercury (communication) in Scorpio (directness), avoid sarcasm with others. Be patient with everyone around the office.

Partnerships: You will be forced to let go of negative people in your life and disturbing situations. You must take a chance on the new future with faith. Many will experience the closing of a destructive relationship and others may see the new beginning. Under these stars any new relationship is doomed to fail in the long run. Further the positive only and don’t fall for the waning Moon.

Family and Friends: The Sun rules love, romance and children, but we are still under a difficult trend, so this energy won’t bring you good news. The Sun gives life to children, but watch over them especially close to the water. On a more positive note he will put his undiscriminating light on many secrets. Friends will need spiritual support; give love and attention and build good karma for yourself.

Love Affairs: Be ready for new starts in love matters and provide a solid shoulder for the victims suffering a broken heart. The right partner might not be the one you were with; use the newfound freedom to look (after the New Moon) for someone who really deserves your love. Under the Sun’s command, the lucky ones will find great happiness with true love relationships. A new arrival is to be expected by a young couple. If you are a Scorpio, a Cancer or a Taurus, this lunation could induce serious stress in your life. A Virgo friend has a good discernment for you; you must listen.

Travel and Communication: You may be asked to go home and see mom. Be aware on the road; we are under a Supernova window trend! Do not trust any driver and be ready for sudden action. Surprises are on the way and the people from your past will come into the picture soon.

Environment: What was once built by man (cities/homes) or nature must be destroyed; what was once born must eventually die, and this is the grand cycle of life. Recycling is the key word in nature and not anything is really wasted. There is nothing one can do other than accept the ultimate changes imposed by God, and usually the future offers better.

Famous Personalities: Expect interesting but not necessarily positive surprises with the rich and famous. Be ready for the unexpected in their words and actions. Don’t take chances unless you know what you’re in for and be prudent.

Events: Large quakes and nature forces may threaten thousands of victims to relocate to rebuild a new life. Terrible tragedies such the Kobe, Japanese earthquakes and many volcanic eruptions have happened under this configuration and thousands of people were forced out of their homes because of nature’s destructive forces.

Lunation impact on all signs:

The future has and will always be my utmost faithful witness – Dr. Turi

From a series of shocking US attacks on ISIS in Iraq, to very famous actor hanging himself, then a cop killing a 16 years old black American,  the beheading of American photojournalist James Foley and now the Pope getting his own personal shock? Do you think it is yet another “accident” for ALL to transpired on the 9/10/11 August window I offered the world weeks ahead of time?

This shocking trend produced also “Northern California earthquake is area’s strongest in 25 years” and “7.0-magnitude quake strikes Peru.” How more SHOCKING August 2014 has been but be sure the idiots will still deny the fact that all my visions unfolded accurately!

How did August worked for you?

Did you experience something unusual?

Did you get or read some shocking news?

Did you hear about someone getting a surprise?

If nothing happened to you its because you did not pay attention to the obvious!

Did you yet check the 2014 Arian Draconis (Hitler spirit) and who can ignore the WARS and the serious upsurge of racism in 2014? Are you wondering why the world is in flame all around you? Did you share my visions to those you care yet?

Human are nothing more than blind  spiritual robots of their natal stars… Dr. Turi

Indeed who’s paying attention to my Cosmic Legacy when a direct challenge also offered to the UFO community was also ignored?

Does it occur to you those cosmic forces at work are not only very real but should be heed appropriately? All I am doing is translate the hieroglyphs of the universe or God cosmic divinity in PLAIN and SIMPLE English and yet, the psychically underdeveloped human/animal can not even read nor write English properly!

Imagine, as a French man how committed (or cursed) I have to be to perform such a refined cosmic work and warn you of the world’s impending fate!  Your scientific and religious  matrixes have jailed much of humanity’ spirit leading them to a total “educated and / or religious” numbness where the reality of a Cosmic God speaking his will through the signs is insignificant and ridiculous!

My Book 2014 Moon Power HAS millionths more time  values than all the archaic, confusing religious books ever created by man’s religious Neptunium folly!

NOTE: My “2015 Nostradamus Personal Dragon Forecast For All Signs” is now ready for the public. Do you want real guidance and predictions and be prepared for this new Draconis cosmic fluid? Then be my guest and judge for yourself how much more real God’s cosmic divinity you will get from me!

Do you want to know WHEN the big one will hit? I am here to give you the exact date in one of my “SOS To The World window” and if you want to know WHERE, then ask your brilliant scientists to start paying attention to my work and join force so we can serve the tax payers better!  But you already know, the scientific community would rather diethan to be caught taking cosmic code with Dr. Turi…

I am about to generate  September forecasts for my VIP’s and real cosmic knowledge is power while ignorance is evil!