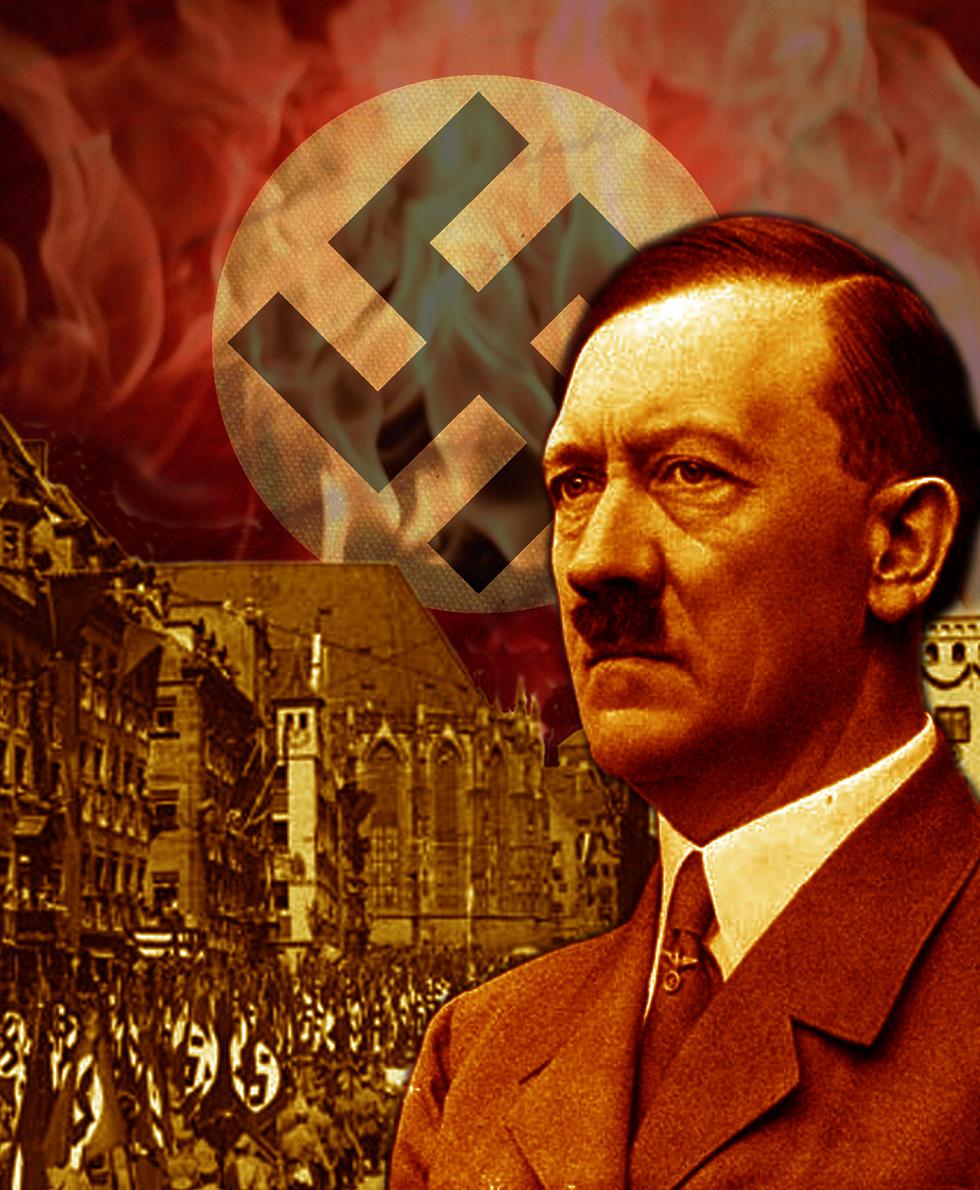 After watching the video can you still deny my vision of an explosion of racism all over the world? Did you acknowledge my 2014 Arian Draconis predictions yet and most of all reader, did you do your part to bring real answers to the millions of God fearing hijacked spirits?

There are 875 different denominations cursing the world and 21 major world religions today. About 1 billion of  atheists do not profess belief in any religion and ridicule anything spiritual. How in God’s name is it possible to enjoy peace on earth without cosmic consciousness and so much separatism?

Indeed the Age of Pisces is coming to its ugly end and through my “Cosmic Cyber University” all I can do is to bring more light to an ever changing world!

All this archaic perception of the divine can only add potent fuel for humanity to, soon or later, self destruct! Indeed we have only fifty years to wake up to the reality a rigid cosmic God speaking his divinity from the heavens because my 1995 predictions of a world wide religious war is now irrefutable! ITS TIME TO SEE GOD WITH DIFFERENT EYES!

Here is a list of the religious matrixes hijacking the human spirit, all dedicated to advertise on CNN, FOX Google etc. All they want is to gain your financial support to maintain power, control and their own accepted religious supremacy.  This is the human psychical dirty, smelly sewer with too many poisonous pipes reaching and tainting your children spirits…

Its either you sell your soul to any of the above denominations and become another deceived Neptunian or challenge yourself outside of your inserted fears and comfort limited spiritual zone!  Astrology and religions are ONE but the controlling educational religious matrixes are not about to let go of their lazy, deceptive lifestyle! They will battle to the death to keep the control and financial security and will never teach your children the undiluted truth.

The same apply for the scientific *atheist matrixes, NASA, USGS Mars One  who regardless of my endless repetitive undeniable hits predicting very large earthquakes, will never honor science and investigate my cosmic work.  Indeed the battle between religion and science is on!

In fact they even ignored my emails offering them the opportunity to check my obvious claims. Remember readers, those established, wealthy corporations and their very survival depend on your tax dollar and your donations and they are the very core of the problems you, your children and the world is enduring today!

I am still amazed to see the “mental” deplorable dance all those “born young souls” the atheists, the skeptics, the agnostics and scientists alike are all engaged in! Will they ever acknowledge they are part of the OCD, nerds generation?

Can Cara know more than a man twice her age with hands on experiences?

Can a an old Chef about to retire know better about food than a kid fresh out of the culinary school with a piece of paper showing his credited “education?”  Can all the erudite souls  born before all those “educated” kids know better about life, the earth, the cosmos and what it means to be human? Guess what this generation of OCD of well read idiots truly think they know better!

I wonder how old Cara Santa Maria is, “TALK NERDY TO ME” but one thing is sure, I knew she was born in October well before doing some research on the Internet! And I was right, she was born  October 19, 1983 under the eternal student sign of Libra!

Yes she is the direct target of the new 2014 Arian Draconis forcing Cara to uncover her cosmic-self and aim for the reality of a Cosmic God above… But if she read about her Sun sign using modern Astrology instead of Astropsychology, chances are she won’t be too impressed, or may be assume I am another psychic?

She earned a B.S. in psychology from University of North Texas in 2004. Yes Libra rules traditional psychology but Cara would gain so much more mastering the science of Astropsychology and then auto-analyze herself and the world she lives in correctly!

Incidentally my niece (also born in October) is a doctor oceanographer and I told my sister when she arrived in the world, “you will never have to tell her to open and read a book!“

Cara’s moon (emotions) in Pisces (religions/oceans) stimulated the perfect attraction to the religious and educational matrixes whoring around with the news-media. Indeed she was ” molded” to serve the Iluminati to influence and impose a form of educational “psychical/mental” control.  But I doubt Cara is aware of being the peon of both her natal UCI s *stars and the Iluminati!

Furthermore her negative Tail of the Dragons is located in the sign of Sagittarius (Universities / colleges / codification of thoughts / books / bible etc.) making her inborn cursed scholarly UCI unable to enter the archetypal realm of cosmic supra-consciousness and the intuitional domain of my work!

She is a DUAL, this mean she is cursed to enjoy/suffer endless repetitions and repercussions of all she did and will do in life. Another word she is involved in a myriad of projects that open endless doors to more projects! If she land on my work and read all about Libra her religious and scientific “educated” convictions will override her curiosity to learn more  about a Cosmic God from me! Be smart check on your cosmic identity, your gifts, sins and virtuesand your relationship with a Cosmic God!

“Its a miracle for curiosity to survive education!” Albert Einstein

“The intuitive mind is a sacred gift and the rational mind is a faithful servant. We have created a society that honors the servant and has forgotten the gift. We will not solve the problems of the world from the same level of thinking we were at when we created them.More than anything else, this new century demands new thinking: We must change our materially based analyses of the world around us to include broader, more multidimensional perspectives.”

Indeed those kids have so much to learn from the elders who share a very old and different UCI! But little do they know that age is not measured in human years but with the accumulation of previous lifetimes and various experiences! I doubt very much Cara Santa Maria is not a conservative religiously poisoned young soul denying and ridiculing UFO too!

Imagine for a second if all the pilots of the world were ordered by the FAA tomorrow to fly their planes using only their own language or their personal religion? Imagine the world as a HUGE airplane and all the pilots speaking and believing only on the codification of thoughts provided by their particular belief system, all trying to fly the skies safely!

Let me use this simple analogy to offer the real answers to the utmost complex problems humanity has created for itself!  Each human being alive today could be compared as an airplane but unless ALL human beings “pilots” decides to learn and speak a universal language  (English/Cosmic Code) they could not understand each others and the various safety rules. This is exactly what is currently happening in the world through the Age of Aquarius, its technology, its cyber space connecting us faster and closer than ever before!

With all those wars and discord,  with all the drama and deaths religions brought us,  the world is slowly realizing its errors while (through my Cosmic Cyber University)  the curious souls are learning a Universal Code,  a Universal cosmic language, a Cosmic God endlessly expressing his will through the signs…

Atheists, agnostics, skeptics and scientists alike are all young souls trapped on earth

See your life, your human body as such, a beautiful wonderful perfect piece of technology made up of blood, bones and flesh but without a spirit (God’s divinity/intelligence/cosmic consciousness/education/intuition/perception) this airplane will never take off and instead stay grounded in its fears and misery. Meantime other planes will attack you because you are Jewish or christian…

The limitless wide open space, its beauty, marvel, the marvelous spectacles of the earth moving below, the sun set, the brightness of the moon in the frigid night sky above will never be yours! Your are like a bird with no wings or worse a bird drenched in oil because of a religious matrix Iluminati corporation ( a Neptunian.)

Yes the scientists are still looking down to the earth entrails to find out the very secret of what induce earthquakes at no avail. Vast fortunes are wasted building bigger and more sophisticated geological equipment designed to do more costly ridiculous scientific experiments! Today geologists are still trapped on earth looking through their microscopes and telescopes for a God that escape their over “educated” logical minds!

I am so aware of the so many abusive religious and scientific educational  matrixes monopolizing the media,  but regardless how confined and rational their inherited critical thinking is, God’s cosmic divinity belongs to all his children, and all they need is time!

Every single day another religious, media and religious matrix is being born and with it more ridiculousness and more challenges  to beat the evil of an never ending cosmic ignorance.

Indeed, like the human body and its growing physical shell, it will take some time for many of you to upgrade to a higher psychical vibrations. Perceiving God’s cosmic reality and freeing the spirit from so many Illuminati matrixes oppression is a demanding endless task … But I am sure I am making progress with some of my readers!