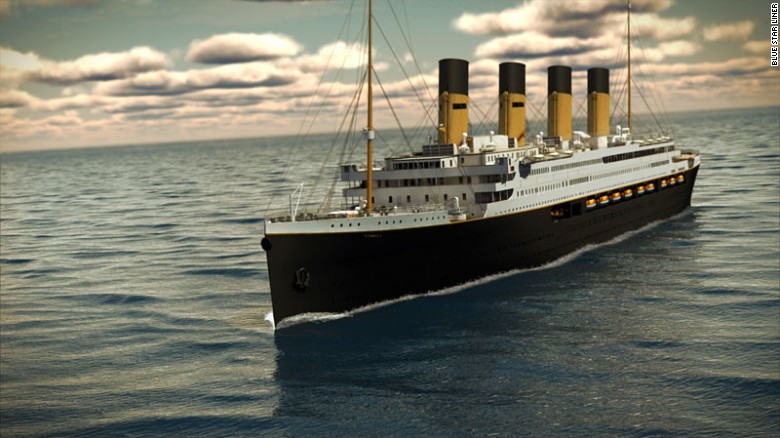 How is it possible for anyone to deny my visions  when they are so well documented, dated, published and read by millions of people all over the world?

“In some ways, following this Grand  Cross  God’s cosmic identity will be emphasized to Christianity while religions and the dying Age of Pisces give room to the new Age of Aquarius “  Yet the world has a long way to go before assimilating God’s cosmic identity and use the signs productively…As Neptune (Pisces) is the sole basis of the world, it will always remain in ones UCI and has the potential to make one Neptunian or not?… and the sad fate of the Titanic disaster  and its revival comes to mind… ”Check the original article titled “Faith – 11/2015-02/2017 the beginning of the End of All Religions” published February 11, 2013 and Jerry Pippin radio show (God Bless His Departed Soul) of  April 4, 2014 where I mentioned those predictions.”

VIP version Prediction 22:  “The ocean will offer more of his secrets and a new Titanic will make the news.”

Be sure readers, while Hong Kong or China’ secret services show regularly on our  website’ stats, they never convey their idea to make money with a replica of the Titanic.

Yet some envious people will never be able to accept the fact that; I  saw tomorrow and instead of appreciating my gift, they would rather burn me on the stake of their cosmic ignorance…

All About Art Bell and George Noory – Dr. Turi MDUS

Did the Titanic Sink Because of an Optical Illusion … – Dr. Turi MDUS

Enjoy the article and remember reader, a true modern prophet is very rare and through my predictive work, only you can decide if you should pay more attention to my visions…

By James Griffiths, CNN Construction on a full-size replica of the Titanic began in China this week. Hong Kong (CNN)…Well at least this one probably won’t sink.

China is building a life-size replica of the doomed RMS Titanic in a landlocked county more than 1,200 kilometers (745 miles) from the sea.

When completed, the replica ship will measure 269 meters (882 ft) long by 28 meters (92 ft) wide and will feature reproductions of the original Titanic’s features, including a ballroom, theater, swimming pool and rooms, according to Chinese state-run news agency Xinhua.

The total cost of the project is expected to run to around 1 billion yuan, or $145 million. 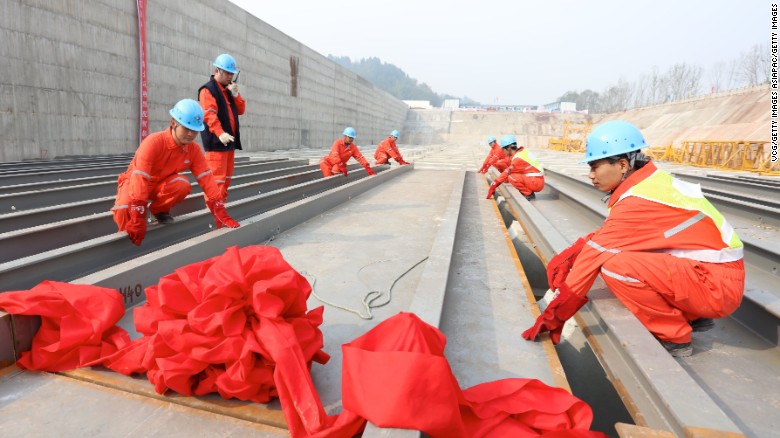 Workers lay the keel of a replica Titanic in China’s Sichuan province.

The replica is being built as part of a tourism development partially funded by the government of Daying county, in China’s Sichuan province.

Daying is located around 130 kilometers from the provincial capital Chengdu, and several hundred miles from the sea. The replica Titanic will be permanently docked in a reservoir in the Qijiang River. 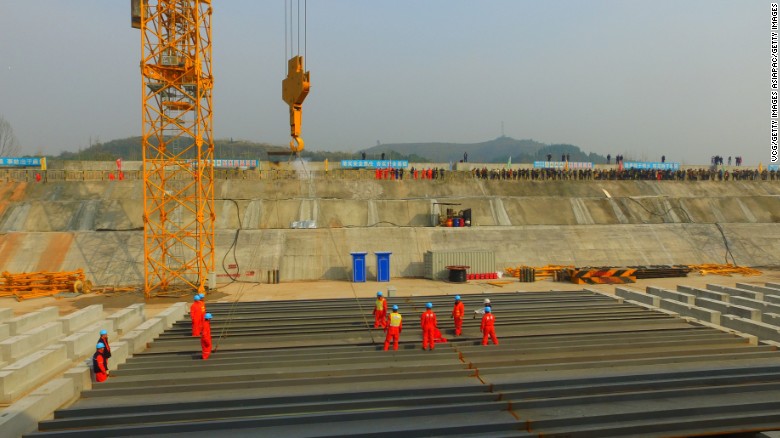 The project will cost around $145 million.

Planning for the project has been underway for over two years, though building work only began this week, according to the state-run China Daily.

“After the RMS Titanic sank, nobody saw its complete set of blueprints,” Su Shaojun, one of the financiers of the project, told the newspaper.

“Many blueprint fragments found their way into the hands of collectors or remained missing. We spent many years collecting the blueprints from many parts of the world and managed to obtain most of them.”

The Sichuan Titanic isn’t the only recent attempt to recreate the sunken ocean liner.

Australian tycoon Clive Palmer aimed to launch a working replica of the ship, the Titanic II, this year but the project had to be pushed back at least two years and Australia media reported that the company building it has stopped work.