“The future is the reincarnation of the thought, where Cosmic Consciousness is lacking, science, religion, conspiracy and imagination have the wrong answers. There are no accidents just cosmic circumstances the five logical human senses cannot yet perceive.”
Dr.Turi 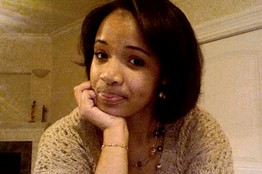 May God Bless Your Soul

All I can do is to refresh your memory and point out again my August 2, 2012 prediction for the current  deadly Scorpius dragon aiming for the children and the endless chain of dramatic news prove my claim. Another “vision” posted on prediction page #1 involves the police and the mob going out of “border!” Mexican drug cartels gain foothold in 1,286 US cities

Memo – 3. Many foreign Mobs organizations will “merge”, to promote sex/drug trafficking and gang violence. Expect more deadly news as the criminal will get bolder and deadlier. Many powerful police and government officials”s identities will be divulged.

In Why new laws MISS ENTIRELY America’s bigger gun problem I gave my best shot to make the reader aware that drugs and the guns are the end results of our children being molded by science and education into monsters.

It is no mystery why, at least in my work that the number one killer in the United States is the treatment because science is whoring around with the giant pharmaceutical corporations who support their researches to medicate more young people. Add together all the doctor errors, legal/illegal drug-reaction fatalities, deadly infections picked up in hospitals or in the streets etc., and you find that doctors and treatment by mainstream sources is the leading cause of death ahead of heart disease and cancer. An investigation by the respected online Consumer Reports said:

Infections, surgical mistakes, and other medical harm contributes to the deaths of 180,000 hospital patients a year, according to projections based on a 2010 report from the Department of Health and Human Services. Another 1.4 million are seriously hurt by their hospital care. And those figures apply only to Medicare patients. What happens to other people is less clear because most hospital errors go unreported and hospitals report on only a fraction of things that can go wrong …

… ‘There is an epidemic of health-care harm,’ says Rosemary Gibson, a patient-safety advocate and author. More than 2.25 million Americans will probably die from medical harm in this decade, she says. ‘That’s like wiping out the entire populations of North Dakota, Rhode Island, and Vermont. It’s a man-made disaster’…

… ‘Hospitals haven’t given safety the attention it deserves,’ says Peter Pronovost, M.D., senior vice president for patient safety and quality at Johns Hopkins Medicine in Baltimore. Nor has the government, he says. ‘Medical harm is probably one of the three leading causes of death in the US, but the government doesn’t adequately track it as it does deaths from automobiles, plane crashes, and cancer. It’s appalling.’

The seemingly random killing of 15-year-old girl  Hadiya Pendleton, as she stood with friends reflects the deep evil encrusted in the psyche of her killer and as you know there are no accidents only cosmic circumstances unknown to science and the world at large.  Yet is it an “accident” for Gabrielle Gifford to be born also a Gemini with the same exact Dragon?   But what is the point for me to even mention this cosmic facts when 99.009% of the world is still cosmic unconscious? What good or what values is my 45 years of independent researches on the working of the human psyche and karmic values involving the cosmic code jurisdictions if it makes sense to my students  and I alone?

Little does the world know that where ever Scorpio or Pluto is located in your  in your  UCI, death will enter your life and subject certain signs to violent death. This does not mean all souls born in June will meet with their demise but when the nefarious Dragon is on the 6th house of health and work the deadly results are quite obvious.

Note also as in ALL the cases I have investigated so far, EACH TIME the victim happens to be at the wrong place, at the wrong time or RIGHT on one of her karmic Unlucky Dragon Dates but again what all this cosmic mambo jumbo mean to the rest of the world, the cops and the families members when my priceless latest Astropsychology discovery is not being investigated or put to the test?  May be when all the  educated experts from all walks of life reading my work stop assuming I am a psychic and my work is only pseudo-science…

Furthermore, Neptune the planet regulating addictions, drugs, jails and universal religious poisoning is currently located in the sign of Pisces stimulating and attracting a Neptunian mob into her life Et Voila! As much as there are no accident for Hadiya for being at the wrong place at the wrong time there are no “Act of God” that can not be explained if you own Cosmic Consciousness!

We all remember  Christina-Taylor Green the Tucson angel who like Hadiya was at the wrong place at the wrong time killed by Jared Lee Loughner Tucson Evil –  Before my Internet enemies managed to remove me from Aticlebases I wrote “A Little Angel Called Christina Green” where I explained the  “Power of the Dragon” magnetizing her  to anything related to politics (and Gabrielle Gifford.) She was there “by accident because her cosmic unconscious teachers and her school.

The same cosmic Dragon energy is active in Hadiya  chart making her very UNLUCKY with anything directly or indirectly related to politics and for her to die “randomly” is totally out of question.  The fact is she was a direct target of the mob because her “indirect” connection with Obama’s 2012 Rigged Election.

Note also President Obama’s 8th house of death is located in the sign of Pisces and receives/attarcts Hadiya karmic Dragon’s Tail (negative) also in Pisces. But all those cosmic “confirmations” can not be used in today’s police work because Astropsychology is not being used as the utmost precise tool available to understand unsolved murders. Instead this case like millions of others will be put under the rug by the skepticism and inefficiency of an army of traditionally educated detectives. Read more about the police!

Lastly Neptune, the ruler of Pisces  (deception/secrets) is found in Hadiya 8th house of death conjuncting Pluto (death/assassination) in the sign of Capricorn (politics.)

Thus like in the case of Christina-Taylor Green, Hadiya is the victim of all the cosmic unconscious teachers and the educational system “connecting” encouraging some fatalistic doomed children to deal directly or indirectly with politics or politicians. Its all about cosmic dust cosmic energy that attracts situations, experiences and finally death!

But being so far ahead of society and the educational system in my own expertise serves NO ONE unless all the parties involved, from top to bottom build cosmic consciousness and make a good use of the Cosmic Code jurisdictions. To the young religious poisoned soul, the atheist, the antagonistic  the skeptic and scientist alike my pearls of wisdom are to be wasted…

To the more sophisticated, curious spiritual soul and responsible parents, knowing about their children  Unique Celestial Identity and Unlucky Dragon Dates is the only way to protect them against a cosmic unconscious society  who has lost the essence of God’s celestial will…

It is in the darkness hour that those who are left mourning the loss of a child reflect the deepest need to understand why and how their loved one has gone…And in 50 years of so from today, when Dr. Turi will be gone in the great beyond, that my work will have served its purpose…

WARNING TO ALL MY READERS!

Thus while I have promised to be more selective in offering my pearls of wisdom to the public only those who can appreciate and reward my work and become VIP’s will benefit from my dedication to serve the children of the future. Thus I will soon shut down the FREE internet access to ALL my Cosmic Code and Dragon  newsletters.  You had plenty samples since 1991 to judge my work.  I will only post ONE full newsletter every Sunday until I decide to stop completely…

All you will get soon will be teasers because I have been battling with this decision for a while now but I kept posting for free. If my work make sense to you, pick one of the affordable option to join  because this cosmic educational, regenerative flux will soon stop. With the only difference that this time I mean it!

My energy MUST attract “The Chosen Ones” ONLY – What are ET’s and where do they come from?

ENJOY MY LAST RADIO SHOW WHERE I TAUGHT WHAT ASTROPSYCHOLOGY IS ALL ABOUT!