“A physician without a knowledge of Astrology has no right to call himself a physician”  – Hippocrates (ca. 400 BC).

Colon cancer deaths rise among younger adults, and no one knows why 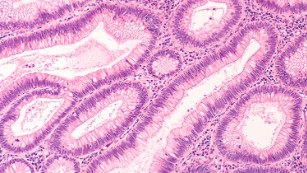 Born in the ’90s? Your colon cancer risk could be rising
Dear reader;
Wrong! Not everyone is in the same bag of idiocy. I own the answers and I am going to share my findings with you. It is all into the Superconscious in time and space! Just in case you do not know, I am a cancer survivor and caught the disease in 2010.
The main reason for me to contracted cancer was because I was going through a divorce and I was depressed every day! Negative thoughts attract evil in every way, shapes and form!
“Educated rationals” doctors back in 1960, though I had an ear infection because I was in serious pain and to them, I was done because penicillin did nothing to stop what they thought was an infection.  Those doctors are now dead and the technology was not as advanced as today!
The fact is; doctors are not cosmic conscious and logically translate pain into an infection. That is logic!  But it was something no one, including my doctor then, could understand… Yes, magic exists, my friend because since then I never had any ear problems…
I was unhappy at home, fighting with my parents and I had only one wish, GET OUT! Somewhere somehow God heard my prayer and out I was living with my Granma. The very same day I moved with her, like by magic, my right ear problem stopped! GO figure!
It took me many years to realize what happened and I am still learning about the power we all have to hurt or heal ourselves naturally!
The same “black magic” happened when I attracted cancer because I was suffering endless depressions!
Let me give you some valuable tips as to why the scientific community will never come up with, pertaining to why in 2017, Colon cancer deaths rise among younger adults!
“Church, who was not involved in the new study, said he has seen this trend in death rates up close. Last year, on separate occasions, Church saw two 36-year-olds with stage IV colon cancer, he said.”
First, this generation is part of the “Buster Generation” and indeed, very vulnerable to the reptilius infestation…
Describing the Millennial’s idiosyncrasies – Pluto in Virgo: “Baby Buster Generation” Read more about Pluto’s effect in other generations.
Pluto moved into the puritanical sign of Virgo (health) from 1957 to 1971. This generation is the next to take governmental power. This age group is fanatic about nature, perfection, work, and health.
Smokers have already suffered the impact of this “Baby Buster Generation”; as this generation must upgrade health and perfection in our society. Unlike Leo (life), Virgo is dry and sterile thus, fewer babies were produced during this era.
Since Pluto entered the sign of Virgo, facilities for health programs and exercises boomed to satisfy a crowd that craved fitness. The health businesses (body/mind/tools) have started and are still booming with Pluto in Virgo. They are banning smokers from restaurants and public places; and voted the .40 cent tobacco tax increase in California, twice.
On a more positive note, this age group will fight hard to preserve nature, animals and the remainder of the rain forest. Computers and microchips were developed by this generation and their “electronic war/Patriot Missiles” as seen in Operation Desert Storm, was deadly accurate.
Their ideal is very pure in thought and action, but this generation must guard against Pluto’s (fanaticism) subtle power for “perfection.” If the power of Pluto in Virgo is exaggerated, it becomes as deadly as the poison, they try so hard to avoid.
Many of these souls will lose their lives by being too concerned with health (anorexia, hypochondria); turning rapidly to vegetarian diets thus, upsetting their naturally weak digestive tracts. They must understand that cats and dogs were born with strong claws and long sharp teeth to tear apart raw flesh and crush bones, as intended by nature.
While cows, horses, lambs, etc. are herbivores and were designed by God with flat teeth and three stomachs to eat only “salad” as ruminants. We are none of those, we are Omnivorous and must eat meat in moderation.
An old friend of mine’s daughter turned her dog into a vegetarian. The poor animal was forced into a vegetarian diet and shows the extreme power of Pluto (fanaticism) in Virgo (health).
We must eat meat as a vigilant balance for our sensitive metabolism.
Some souls who are overwhelmed by Pluto are too crazy for carbohydrates; they are also protein paranoid. Some starve themselves after 6:00 p.m.
Others take their heart rates much too seriously. Some have a penchant for pain, and more are victims of the fat-burning syndrome. Worst of all for women is the weight lifting dilemma.
It is, genetically speaking, impossible for a woman to take on a man’s physical power and no matter how hard they try, they will never look like Arnold Schwarzenegger. Because of the inborn critical attitude and a strong desire for health and perfection, those natural “puritans” won’t find someone good enough for them and many will end up alone, in the game of love.  Read more in “The Power of the Dragon“
Remember the reptilius can only survive in “Dark Matter” with endless chaos and deep maintained fears. This is why you should listen to this radio show and learn more about the reptilius’ agenda.  I created this video to counteract the reptilius effect upon the body, mind, and soul of so many unconscious people but only stupidity and nonsense seems more important, not the cosmic work of a true genius.

Introducing the world to cosmic consciousness
Humanity idiocy is extreme and regardless of me trying to make humans wiser over the years, the majority of people will only support and endorse cults and religions.

“Only two things are infinite, the universe and human stupidity, and I’m not sure about the former. The difference between genius and stupidity is that genius has its limits.”  (Albert Einstein)

Cancer can’t survive in an over oxygenated body and exercising regularly anywhere in any large US city is not a good idea.  Those young, fearful health maniacs do much more damage to their bodies than anything else while running near cars in a polluted city park.
But this alone will never be enough to attract cancer, fear and the reptilius goodies i.e. legal, illegal drugs, alcohol combined with insecurity, negativity, depressions will indeed seal the deadly cancer deal.

In “Justin Bieber, children and the reptilius infestation! ” I warned my readers about the reptilius in 2017, aiming for famous people and the children. I don’t think anyone will take my warnings seriously, when in a few months later, my visions will speak the undeniable.

The majority of people will go for the wrong organizations and churches. And this is partly what makes me realize that humanity isn’t really worth all my cosmic wisdom.

Children of the Opioid Epidemic Are Flooding Foster Homes.
Drug Deaths in America Are Rising Faster Than Ever

However, then I didn’t know much about Draco “transmutation”  and the nefarious reptilius’  effects upon the body, mind and soul of human beings.
I explained this incredible ET phenomenon on the “Dark Matter” radio show but many people are unable and unwilling to accept such astonishing UFO’s experiences, even with the proof of my claims in  real orbs pictures caught by Terania.

A Powerful Message To The World
People are too rational (atheists), too religious and too fearful to accept the possibility of communicating and channeling cosmic entities such as Draco to predict the future…  Yet with all the well documented, dated and published facts, “SOS TO THE WORLD PREDICTIONS for August 7th & 18th 2017″ people still doubt my cosmic wisdom.
I think many unevolved, rational, agnostic and critical young souls are envious of my gift that, in time,  feels more like a curse… Luckily for us, 99.99% of human beings are cosmic unconscious but normal, the envious dunces, or my Internet enemies, are not only disgraceful reptilius envenomed liars, they are also mentally irrecoverable and vain!
More than ever, you need to explore and trust the divine because science can never explain and hold the golden keys to what it means to be human. The reptilius are as real as you and I but they are also subtle, malicious and significantly cosmic conscious.
They are using your natal UCI  – CLICK ON THIS LINK!) and your personal cosmic biorthyms to manipulate you into more insecurity, more fears and more chaos. You are nothing more than a robot of their destructive will while you refuse to investigate and know nothing about it.
Look at what’s going on in the world today and I dare anyone to deny my visions if you took the time to INVESTIGATE” my cosmic work and my predictions!

The corporate illuminati  (Google/Wikipedia/LinkedIn etc.) and some fired me months ago and Facebook still limits my options and cosmic work. All are doing all they can to stop my warnings and predictions.

The fact is that the majority can relate to me and only an extreme minority are perceptive enough to realize my cosmic wisdom. Attention is given to the wrong people and wrong organizations, because they have the resources to monopolize the information…

Some of you may feel like we do and are concerned but the fear, the ridicule and what friends, family members or other people will say for openly supporting us, may freeze you.

We are at the dawn of a deadly rampant cosmic wind that will kill many in the weeks, months and years to come. Yet when it is all said an done, the cowards will stay silent watching the reptilius winning another battle against humans and still denying  my visions.

Many could have shared my work to others or have shown your support or endowment by joining us but many of you decided not to. Now karma is inevitable for us all… And yes, you have the right to still remain skeptical.

May my cosmic God bless you all for the results of your fears and inaction which can only serve the reptilius to enslave more humans into darkness.

There is no point for me to give my advice on battling or avoiding cancer when there is not much in return.  You can keep praying to a false man made God who will never hear or answer your prayers. Hope that I am wrong or just a possessed fear monger, when I have been warning you all along of the things to come and what to do to avoid such disasters…

The good news is; to the wise ones who did their part to support and share my work, or those who invested in our cosmic wisdom and talismans, to those who trusted my inner Draco ‘s channeling… Rest assured, God’s cosmic divinity will act as a impenetrable, protective might against all that is to come…  The Magical Power of Talismans!