Unfortunately, the reptilius have become more active than usual; especially after the full Moon and the current dramatic news speak of a cosmic wisdom the world has lost and need to survive.

Humans are religiously poisoned and scientifically conditioned to automatically reject God cosmic divinity!  Kids are the target of the  nefarious reptilius and not allowed to regenerate spiritually… The world is becoming more insane and in less than 50 years, will end up destroyed by the “monsters of the future!”

The forecast below is a follow up of  the “Personal and Universal Forecast for June 2017″  posted June 11, 2017 to the public, yet only a minority of people are  willing or able to make good use of my cosmic ingenuity.

Religious fears are deeply encrusted in the human psyche and without  this universal mental, physical and spiritual poisoning, the reptilius could never survive in “dark matter.”

Would it be religious fear or traditionally  “educated” atheist skepticism, the fact is only an idiot will not be able to decipher the messages delivered in my quatrain (and obvious keywords) which always translate into the endless deadly news you read on CNN!

Another crazy infected lost soul made international news today. “Man who opened fire at Congressional baseball practice” while another one followed his deadly actions and succeeded killing more people! “Gunman kills 3 then self at UPS facility in San Francisco”

Would it be our monthly forecast or my quatrain, both dramatic “shocking” news (and some) were fully predicted 2 weeks earlier! First acknowledge the quatrain and my “vision” using Nostradamus’ 16th century divine astrology methodology, then read one of our few forecasts below posted on the cosmic code website for our VIP’s.

Trump: Shooter at GOP baseball practice is dead – My predictions are undeniable. Only those who were indoctrinated by the religious or scientific (atheists) matrixes and can not read the signs (or 99.99% of humans!) can’t get it.
Accepting that I am talking/channeling Draco, the ET  is well above anyone’s ability to accept and a perfect reason for the UFO community to despise and avoid me like the pest. But it is TRUE! Cosmic consciousness and all unconscious famous UFO’s “Talking Heads”
Posted by Dr. Turi on May 31, 2017 at 12: 58 am in Cosmic Coders Only
June 13-// (48 hours centering the dates)
Entrails Upset Spit Above
Red Fire Wind Water To Dance
Stars Command Shock Science
***Calm Deception To Strike***
KEYWORDS
Japan / Asia / Cosmic News / NASA / Space News / Nukes / Weird news / Freak / Space / Rocket / Surprises / Explosions /  Shocking / Stunning / Baffling / Incredible / Lightning / Unusual / Humanitarianism / Children / Unrest / Discovery / Science / Earthquakes (always above 6.0)  / Volcanoes / Tornadoes / Airports / Aeronautics / Technology / Electricity /Television / UFO’s /Cosmic phenomenons.
Note also the keywords mention ****Earthquakes (always above 6.0)*** and today as predicted a 6.9  hit Tajumulco, San Marcos, Guatemala.
Deadly explosion rocks Chinese kindergarten –  Explosion? Children?
Remember the reptilius are after ALL children! Read and share pls 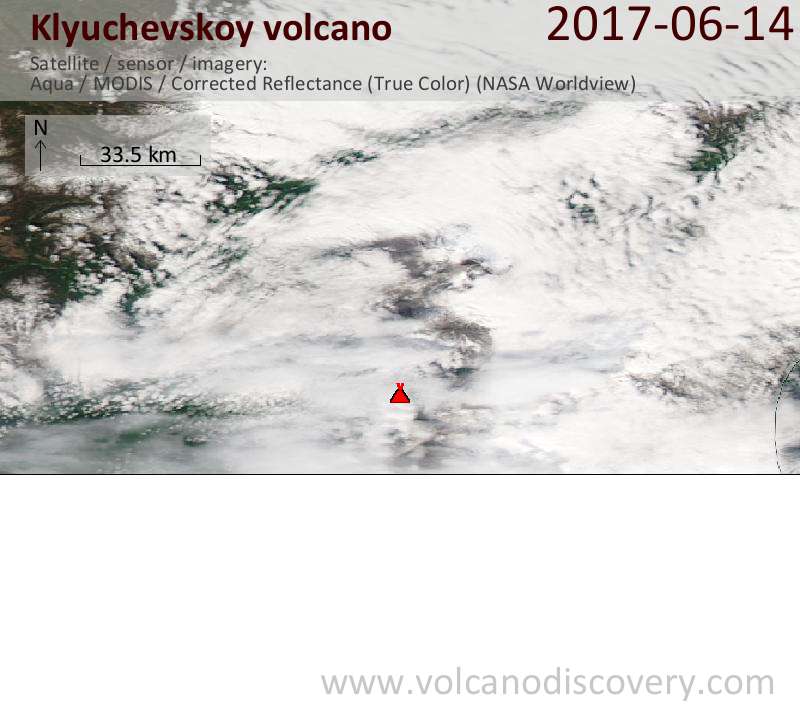 Prediction 06/14/2017 – “Russian President Vladimir Putin will be responsible for killing thousands of children before his own dramatic death” Dr. Turi

Still skeptical? Indeed God speaks its cosmic will to me and Draco the ET guides me in channeling the information…
You should pay more attention to my cosmic work…
Read more earthquake predictions

Enjoy the following reader,  for it is your challenge to realize my cosmic work has  more to offer than any religious archaic books designed to breed idiocy, fear, control and  facilitate the reptilius’ agenda to infect your psyche and keep you away from who and what God truly is!

“Let who ignore my warnings be cursed by the eternal rites of the cosmic code ceremonies for a cosmic God does not speak to fools…” Dr. Turi.

End of all religions, birth of a real God

Work, Career and Business: Combined with the Full Moon, Uranus may make you feel erratic and Neptune may make you feel depressed and overemotional at work; this could lead you to think about a new job.  Keep your eyes and ears open; with Neptune’s “dreamy” nature, you are prone to making serious errors or forgetting something important.  Do not sign any contracts now; in the long run, you will be sorry if you do.  Be patient and wait until the next New Moon.

Partnerships: Crazy things may happen now; do not make a fool of yourself in public.  Things done or words said without forethought might bring trouble later.  Use your will; be positive in all you say.  Expect disturbing news by mail or telephone but avoid fears, as insecurity could take over your common sense; all will be fine, there is a Divine plan for you.  This timing is ideal for meditation and renewing your faith in each other and the universe.  You must control negative thoughts, even if many things around you do not seem positive.   Have faith in yourself and those you care for during these days.

Family and Friends: Spend some valuable time with your family. Do not expect the affairs of the heart to progress or get better for a while, and teenagers may get themselves in trouble.  Watch for the use of drugs, as Neptune will lead them towards wrong friends.  Give them solid direction and be ready for some friction.  Depressed friends may call you asking for spiritual support or direction.  With Neptune, confusion and deception is in the air. If you socialize during the night hours, keep your eyes on your possessions as they may disappear. Don’t misplace your keys.  Avoid complaining about life’s problems to those who care about you.

Love Affairs: Love and romance may suffer as during a waning Moon, Uranus’ erratic emotions may preside and disturb your relationship.  Be patient with the partner and use diplomacy to save trouble.  However don’t let someone else’s problem get to you and affect your feelings. If you were born in August expect a Gemini friend to give you disturbing news soon.  A friend from a foreign land may bring better but surprising news soon.  All fire signs will suffer this lunation emotionally, so try not to let it happen to you, use you will.  If you are a Leo, Sagittarius, Libra or Aries remember the waning Moon and be patient.

Travel and Communication: If you can, avoid flying during this trend unless you made your reservations before the waning Moon.  Protect yourself against aeronautic accidents; use “Moon Power” and your knowledge, take no chances. This is the perfect time to pass on the light and talk about these star guide excerpts guidance.  Avoid drinking and driving at all costs; many accidents happen under Neptune and Uranus’ iniquitous energy. If you have to play or travel be aware of the ocean or the river these days.

Environment: Expect bad news about  large quakes  – Update 6/14/17 –  (today: 6.9 in Tajumulco, San Marcos, Guatemala)  and the possibilities of sea/air accidents.  Many naturalists will be upset and some groups will make dramatic decisions followed by dangerous actions.  Nature will start to go berserk and may throw a cluster of negative weather patterns such as tornadoes, volcano or an earthquakes in the near future.  Remember the Florida tornadoes in 1998?  Uranus was in charge then.

Famous Personalities: Remember early 1998, the British Artist John Michael? He made weird news in Los Angeles in a public bathroom, again surprising Uranus (weird) and Neptune (kinky sex) was in charge.  Remember another British singer O’Connor?  She cut up a picture Pope’s face on national TV in one of her performances, right in front of the entire audience. Again Uranus (freedom) and Neptune (religion) were in charge.  Many unaware famous daredevils will lose their lives because they have no knowledge of the stars’ impact on human affairs.

Gunman kills 3 then self at UPS facility in San Francisco 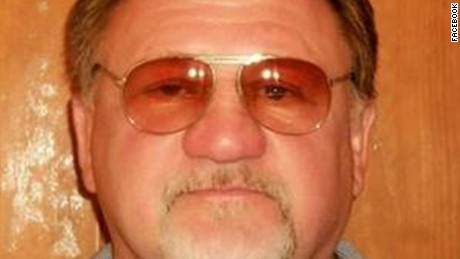 Update 6/14/17  Man who opened fire at Congressional baseball practice was strongly anti-Trump and pro-Sanders, his writings show – Do not take chances after the Full Moon, ever, and all will be fine.

Events: Under Uranus’ powers expect anything weird and explosive news take place. Stay clear of strangers and any suspicious packages, especially in airports or dams.  Let’s hope for the best!

Shopping: Provide spiritual guidance and support to all in need.  Many will fall victim to Neptune’s deceiving and Uranus’ eccentric wills.  Do not invest in alcohol now; you would further a disaster later on.  Some people out there are not aware of the stars’ impact on their lives and may decide to jump from a bridge or a plane; good luck to them.  You may invest in my work for them, mention or offer them my book Moon Power publication, this can and will save them trouble.  Avoid investing in any form of electronics; a nasty virus may get to your computer.

Personal and Universal Forecast for June 2017

Become a VIP, be warned, be smart be prepared and read the “signs” or the news before CNN post them! Use God cosmic design at your advantage!

Show me  about my cosmic relationship with God marvelous universe