“The universe is under no obligation to make any SPIRITUAL sense to anyone! If we teach only the finding and products of Astrology, no matter how useful and inspiring they maybe – without communicating its critical methods, how can the average person possibly distinguish Astrology from pseudoscience? ” Dr. Turi “The co-pilot of the Germanwings plane that crashed in the French Alps on Tuesday, killing 150 people, appears to have deliberately flown it into a mountain after locking the flight captain out of the cockpit.”

I was all prepared and planning today to “remote” myself into the cockpit of Germanwings plane but, to my own surprise, the truth to what really happened was exposed publicly!  May be because too many countries were involved and the fact could not be kept a secret? 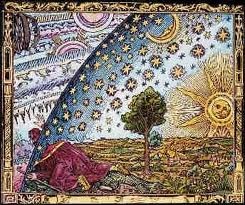 Unlike Edgar Cayce, Nostradamus and myself, not everyone own a supra sensitive gifted UCI and allowed into the timeless archetypal realm of supraconsciousness. The subhuman is stuck on this dense physical world and can only use his five limited, “educated” rational senses to deal with his own reality…

Memo! from “France plane crash: TERRORISM! PART 2” – “The two pilots had plenty time in 8 minutes to place an emergency call but they wanted to do so but did not because they were incapacitated… While Astroforensics confirm yet another terrorist act, like I did with Flight 370, I will confirm my claim through remote viewing by getting into the cockpit to witness and report the last moments and reasons for the tragedy!”

There were NO doubt in my mind, this “accident” was a replica of what happened with Flight 370 “Flight 370 Mystery Solved It Was Pilot Suicide!“

During the last eight minutes of the flight, the co-pilot “voluntarily” carried out actions that led to the destruction of the aircraft, Brice Robin, a French public prosecutor, said at a press conference in Marseille.

Indeed all the “cosmic” reasons were there and lead Lubitz’s deadly actions! But this phenomenon is much too subtle in nature and much too peculiar for today unconscious neuroscientists and astrophysicists having fun ridiculing my lifetime work on the human mind interaction with the Universal mind…

The FAA said the passengers realised what was happening only during the last moments because on the recording we can only hear cries in the final seconds. Does this make you feel more confident to fly in the future?

This is why I offer my very smart clientele very specific dates to book flights and travel safely to avoid such “inescapable” situations… Indeed personal cosmic biorhythms are very real and kill unconscious people  everyday!

Knowledge is power, ignorance is evil but sad enough, in the name of fear, religious or atheism convictions thousands of people reading my work will not take a chance on cosmic consciousness and fly whenever they feel like!

You may aswell drive through the city and ignore every stop lights ahead of you because no one taught you to respect the physical rules, the same apply with the cosmic code jurisdictions… Those regulations are both Universal and personal and affect your own rational “GPS” daily!

In time of a full moon people become moody, crabby, erratic “lunatic” and under certain powerful cosmic configurations, some will respond neurotically and become deadly!  But unless science acknowledge the universal mechanics and stop disassociating the mind with the “Soul of the Cosmos”   much more crazy souls will follow  Lubitz’s act!

As prophesied, many months later who can deny “Hitler’ spirit cursing Germany and the world at large watching ISIS deplorable acts?  And after witnessing my predictions unfolding endlessly today, are you still doubting my prediction of a suicide epidemic cursing humanity?

Asked about what might have motivated the co-pilot to commit suicide, Sphor said: “We can only speculate … In a company that prides itself on its safety record, this is a shock. We select cockpit personnel carefully.”

Indeed my prediction for a serious upsurge in suicidal tendencies is taking to the world stage but who’s listening to my cosmic wisdom and what is done by the airlines to anticipate the next terrorist acts?

Like the NSA, the secret services and the police I’ve tried to reach since 1991, or the US Department of Education, USGS and most of my readers, it seems everyone would rather flock to join atheists, religious or scientific groups and ridicule my work instead of getting real answers from me!

“Because they are seeing, they see not; and hearing, they hear not; neither do they understand  the voice of heaven.” – Matthew 13.13

In no way will today traditionally educated doctors kids ever be able to accurately assess the mind of pilots (or their overmedicated clients) without mastering the science of Astroforensics!

This mean as of today, each time you step into an airplane, (or anywhere else) your life is in danger because the scientific community is reluctant to honor the word science, or the cops to behave like real detectives! I wonder how they can read any of my articles and not feel terrible inside for doing nothing to help me save cops and public lives…

Memo –  “March 3rd, 2015 I contacted 20 of the top of the top police elites in the US explaining in great details why they should investigate my software and with it, the real option to save police officers’ lives and anticipate terrorism.  ONE BY ONE they blocked my emails and never answered me. And those are the ones to serve and protect the public? What type of  investigators those skeptical people are? Indeed when I say THEY are fully responsible for the premature deaths of all cops and unlucky civilians do I exaggerate anything?” Read more

Lufthansa, the parent airline of Germanwings, said Lubitz’s actions had left the company “absolutely speechless” but will they ever contact Dr. Turi for real answers or will they trust only conventional education?  Will any concerned passengers or pilots reading my work help me reach them with my cosmic wisdom or fear the ridicule?

Studying the human UCI *Unique Celestial Identity or the “spiritual DNA” of each and every single pilots is the only way to detect a born killer or a person undergoing serious psychological changes. What will the FAA do following this tragedy? Give an option to open the door from the outside to both pilots?

This will never stop the next lost soul or the next Adam Lanza… A total revamp of education is desperately needed to make the change and it start with the children, while we can! And I suggest you to HURRY because soon, there will be no more excuses for you to deny and witness the slow decay of the human psyche…

Dry atheism, religions and today’ science are stimulating this fast universal psychical depletion because the regeneration of the human mind is prohibited and ridicule by  the majority of society and the rigid US Department of Education.

Does this mean I will get your help, your financial support to build my Astroforensics and Astropsychology schools to stop the evil of ignorance, atheism and religions destroying humanity psychical progress and its welfare?

Look around you readers, do you see the madness? Where is hope for the future and if you expect science, Jesus or Elvis to comeback to save your pious or atheist lost soul, you are the perfect candidate for my cleansing, educational cosmic work.

As explained so many times, they are people who have no business being in charge of your fate or becoming cops or pilots. The OCD generation  performing all sorts of scientific investigations is “cosmically” ill fitted and psychically limited to perceive the spirit and can only be skeptical or deny my research!

Indeed Captain Zaharie Shah sealed the fate of 239 souls because he suffered one of his personal  negative cosmic biorhythms and I am also convinced the same nasty cosmic winds were cursing Lubitz’ and he lost his mind… Meantime 150 people are dead and lives changed for ever. This is why it is so important for you to share my work and offer not only the FAA but all the families touched by this “act of God” real closure and real understanding.

The solution is quite simple but hidden to all the experts of the mind because they are all oblivious of such “winds” and most of them are unwilling to accept such possibility! As usual all they can do is to make the situation worse by prescribing toxic medications that can only make suicidal tendencies a certainty with time.

DR.TURI DID AND  PROVE IT TO THE ENTIRE WORLD!
THE SOUL OF THE COSMOS

The intuitive mind is a sacred gift and the rational mind is a faithful servant. We have created a society that honors the servant and has forgotten the gift. We will not solve the problems of the world from the same level of thinking we were at when we created them. More than anything else, this new century demands new thinking: We must change our materially based analyses of the world around us to include broader, more multidimensional perspectives.” ~Albert Einstein*

And some well read idiots will reject my work because they can not understand what a Soul Doctor is all about and rely on today’ scientific education? And when ‘accredited” doctors endorses weed on the national stage, I have all the reasons of the world to worry about you and your children readers… Dr. Sanjay Gupta First Legal US Drug Lord?

Fact! Around 800,000 to a million people die by suicide every year and on average, almost 3000 people commit suicide every day. This translate into billions of dollars for the pharmaceutical corporations and wealth for all those “doctors” of the mind!

Fact! Doctors Are The Third Leading Cause of Death in the US, Killing 225,000 People Every Year!

Like a poisonous snake, the upcoming Neptunius cosmic wind will trap many cosmic unconscious human beings and those very powerful destructive psychological changes will lead normal human beings to act irrationally, exactly like  Captain Zaharie Shah and Lubitz did!

Millions more human beings will be subjected to such phenomenon soon while a religious / atheist world is oblivious of this phenomenon and the difficult visions I can not expose publicly! Indeed the undiluted truth is not for the feeble minded trapped in his own underdeveloped inherited UCI!

At this point all I can do is wait until you finally realize Dr. Turi’s UFO induced predictive legacy is real and feels like a curse when warning you of humanity impending fate!

All you can  do is to start right away battling the Neptunius mental toxic wind with Nostradamus natural healing tips and ask for your spiritual regeneration if; depressions and panic attacks persist,  because dementia and suicide is next for millions of misinformed people.

Andreas  Lubitz was born December18th 1987 in Montabaur/Rheinland Pfalz/Germany – I will proceed very soon to expose the full psyche / UCI of Andreas Lubitz and explain why he committed this mass suicide terrorist act to all my VIP’s. Please share widely, help the world and the families to get real closure with Dr. Turi cosmic wisdom.  Challenge your mind,  Join to learn more!