Memo from Age of Truth TV Jan/Feb 2019 predictions: In one of our emails exchanges,  I was asked by Age of Truth Producer, Lucas Alexander if my predictions made on Joe Montaldo’s radio show came to pass… “Yes” I told him “all came to pass!” We were joined later on by my friend Dr. J radio Live where he once again confirmed my above 6.0 earthquakes and the deadly Asia tsunami predictions made on his own fabulous radio show!”

As promised here is the long awaited TV show (below,) where you will enjoy the wit of two gifted “ Messengers of the Gods!” This TV show offers both wit and poignancy while revealing deep cosmic secrets humanity so desperately need to acknowledge!

There is no accident for TV host Lucas Alexander to do what he does best, knowing famous radio hosts like  George Noory and Art Bell were also born in June, under the Mercurial, communicative and very curious sign of Gemini.

Like all Geminis, Lucas was fated by the Cosmic Code (God’s cosmic Divinity) to serve the world intellectually using his powerful critical thinking and gain fame in the process.

As usual the two hours show flew by and the amount of information divulged will challenge your mind to the extreme. Lucas explored all possible avenues involving UFO’s, ET’s, conspiracy and so many other topics leading this unique fast paced cosmic dance exploration between the two of us.

It is important for me to confirm that; I am not religious and do not sign up for any man made religions, yet I believe in God’s cosmic divinity.

WE WROTE THE TEN COMMANDMENTS TO CONTROL HUMANS THROUGH RELIGIOUS FEAR!

All man made deceptive religions were initially IMPOSED by the reptilius upon all infected powerful members of the churches who abused both women (nuns) and vulnerable children since for ever!
Draco my inner ET channeling is mind boggling. Even to me at times! The biblical Mount Sinai is the most sacred place in the Jewish, Christian and Islamic religions. According to Bedouin tradition. It was the mountain where God gave laws to the Israelites.
Mount Sinai is mentioned many times in the Book of Exodus and other books of the Bible,[1] and the Quran.[2] According to Jewish, Christian, and Islamic tradition, the biblical Mount Sinai was the place where Moses received the Ten Commandments.
What came down from the sky on Mount Sinai then, was a reptilius ship that escaped the Draconis (The Gardeners of this solar system) guard!   Since then. the good of the Draconis ET’s have battled the reptilius agenda successfully and helped humanity to survive. But times are changing, the table has turned and the reptilius are gaining ground really fast! The reptilius came-back in 1947 but  one of their scout ships was accidentally crippled by the Draconis patrolling the area and fell from the sky in the desert  near Roswell New Mexico.
In July 1997 for the fiftieth anniversary of the July 8, 1947 Roswell incident, I was invited to speak about my UFO’s experiences and my prophetic legacy and I was asked to make a few predictions in a time capsule that is now buried 6 ft under in Roswell City Hall.
This capsule will be brought to light in 2047 and I will be either  dead or 97 years old then…  The details are at the bottom of this article… The Roswell Incident UFO Cover Up!
All they wanted was to give political power and wealth to the religious matrix, create chaos all over the planet and a sure way to indoctrinate and control a seriously misinformed, gullible god fearing mass…
Over the years, the reptilius created over 875 different religions (and counting) which still kill people today (ISIS!)

This cosmic design is tumultuous, mind boggling, infinitely mysterious, loaded with life, yet there is a very specific order in this celestial tumultuous extreme frozen and hot explosive chaos. The creator can speak to anyone willing to build enough cosmic consciousness to bypass all the limitations imposed by religions and science…

Another word, like any of our students, you can master forensic astrology, guide people  and make accurate predictions.

“The intuitive mind is a sacred gift and the rational mind is a faithful servant. We have created a society that honors the servant and has forgotten the gift. We will not solve the problems of the world from the same level of thinking we were at when we created them. More than anything else, this new century demands new thinking: We must change our materially based analyses of the world around us to include broader, more multidimensional perspectives.” ~ Albert Einstein*

DR. TURI OWN THE SECRET OF THIS  COSMIC CORE AND TEACH THE WHOLE WORLD ON RADIO AND TELEVISION

The question remain, will insecure “young souls” assume I am an egocentric or wait for my predictions to unfold and prove my claims?

Meantime our infantile science can’t delegate such a marvelous and complex cosmos when they know nothing of the spiritual values of their own local solar system. Investigating and mastering “The Soul of The Cosmos” if the first step humanity must take to bring harmony, respect and peace to the planet!

Indeed  NASA, HAARP, CERN, including NASA’s top leaders are reptilius infected and misuse technology much like they could also use nukes willingly or by accident and destroy humanity!  The reptilius are hard at work trying to “annex” our Blue Planet and may destroy it in the process!

With the precious help provided by the Draconis, we can starve them and refute the negative mental food those nefarious entities desperately need to fulfill their agenda. The reptilius are completely and entirely harmless against any and all form of positivism and that is the “secret” cosmic unconscious notorious UFOs’ speakers do not know nor talk about! 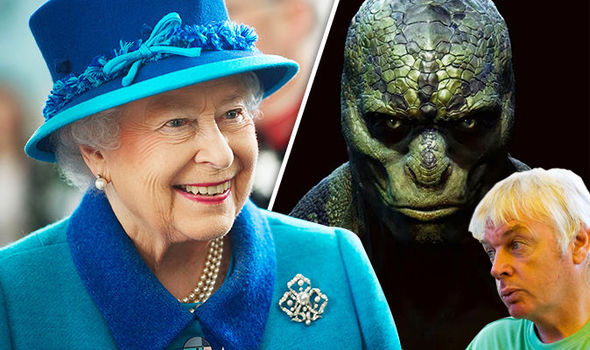 Not knowing the facts about the reptilius is VERY dangerous to us all because all humans, without any exception, are subject to various levels of mental, physical and spiritual infestation… In the name of addictions, religions, science, ego, power, racism and greed us all; and not only famous and influential people end up PSYCHICALLY infected! Furthermore, anyone promoting any form of fear mongering without offering a more progressive, positive solution,  is under the control of the reptilius!

I can only and strongly recommend you to get your 2019 Personal and Universal Forecast and realize that all the major news involving the US government, the shutdown, and all the US government employees suffering in the  process was fully predicted WELL BEFORE it all unfolded!
This include all that is going on and will happen in the UK! You should and will benefit from my cosmic guidance because knowledge is power, ignorance is evil! 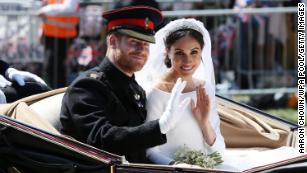 DO NOT FEED THE REPTILIUS!

UFO’s and ET’s can not enter this dense physical world when they feel like, all are cosmic conscious and know when the “light is green” or red and accidents do happen to them too! The “quickening” or the Age of Aquarius will dramatically accelerate our vibrational system as the years goes by. This will allow both the reptilius and the Draconis to finally safely connect with us physically any time they chose!

And having those entities living with us seems to be more of another good movie than reality for some, yet it is on its way! Time is the essence and we must either maintain the current balance of power much like with the Democrats and the Republicans or what you see today with Trump’s politics and his wall.  President Trump is infected!  and the reptilius are using him to produce more chaos, mistrust and endless discord all over!

There is a war in the heavens, the same war is taking place on earth, “as above as below” and 99,09 % of humans are oblivious of this phenomenon! I can only let you be the judge by looking, listening and watching an endless chain of negative, disruptive news…

As far as  the endless, eternal karma cycle is concerned, it is not only based upon the experiences provided on this world. Once you paid it all, you become God and then, shut down the reincarnation principle on this earth and move on to a much higher vibrational system (and for ever!) You may become part of creation by creating  all sorts of new life forms as you immediately are able to create your reality. There are endless levels of existence above and below this earthy world offering much more than the five limited human rational senses.

This level of consciousness vibrates at a very low speed and make it HELL on earth for us all until we  shut down karma (for this level) and move on to a much higher level of experiences with a multitude of incredible senses…  There is life on ALL planets in the universe, but not as you perceive it through the eyes  and mind of  a human being!

Your kids will NEVER live on Mars

I do not want to overload the article “Age of Truth TV Jan/Feb 2019 predictions” with my upcoming visions, thus once you read more about my UFO’s experiences and my connection with Draco, this article will serve as a new platform for my quatrains, all  keywords used and my predictions as they unfold.

Comeback often please to check on my claims.

“For those who know me, my UFO’s predictive legacy and the Cosmic Code jurisdictions, no explanation is necessary;  For those who do not, none will ever suffice… If every 8 year old in the world is taught Astropsychology and meditation, we will eliminate ignorance and violence from the world within one generation.”  Watch the future!  Dr. Turi

ENJOY THE TV SHOW AND PLEASE SHARE, HELP ME REACH THE WORLD!
Age Of Truth TV – Published on Feb 12, 2019 – For more information on Dr. Louis Turi visit his website: http://www.drturi.com – The HD interview was filmed at AOT TV in Copenhagen, Denmark, AND Dr. Turi via Zoom to Phoenix, Arizona, United States – on February 5, 2018.  PLEASE LIKE AND SUBSCRIBE! Your support is greatly appreciated. You can also support us via our AGE OF TRUTH TV website: http://www.ageoftruth.tv – For further contact: ageoftruthtv@gmail.com © 2019 Age Of Truth TV – All Rights Reserved.

I will ask the reader to make notes of the dates offered below and to patiently wait for the results! I WILL BE BACK!

“The future has and will always be my utmost reliable witness” Dr. Turi

These are the dates and keywords I gave Lucas: I will in time offer the public RIGHT HERE the results of my visions and once again prove my claims to the general public and the scientific community!

Note: The predicted longest Government shut down “Dec 22, 2018 – Jan 25, 2019”  took place under the same disturbing cosmic winds, will it be another one around the 16th of February? If I was correct on Joe Montaldo’s   and predicted the latest Asia Tsunami on Dr. J indicated radio shows then, may be you should pay more attention to my warnings and share my visions with the world…

Blessings to all my supporters world wide,