“Consciousness – is the awareness of God cosmic identity  and make a good use of it” anything else is deceptiveness! Pope Francis, bible heads, religious leaders, monks, gurus, televangelists, priests are cosmic  unconscious  born Neptunians unable to read the signs… Dr. Turi 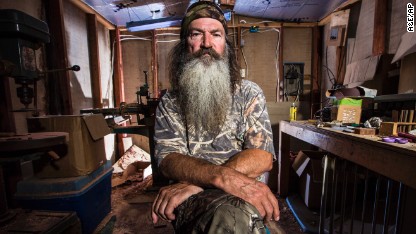 After watching this video I came to realize Phil Robertson’s extreme righteousness is not different than the religious madness fueling ISIS to eradicate all non believers from the face of the earth.

Robertson and ISIS share the same exact extreme goal!  (CONVERT THEM OR KILL THEM!)  What about educating the masses about a cosmic UNIversal UNIfying cosmic God instead of prolonging a 2000 years old religious war?

This man is totally religiously poisoned, a white supremacist and “reptilius infected!” – Incidentally he shares the same exact UCI as President Trump!

“Insanity: doing the same thing over and over again and expecting different results.” (Albert Einstein)

I am amazed how such a lost soul is unable to use critical thinking and speak for itself without referencing to specific bible quotes. He is such a robot of his stars its not even funny and worse, like all souls born with a Sagittarius (codification of thoughts/books) on his Dragon’s Tail he is a religious fanatic born Neptunian.

But there is no way to reason, nor try (or convert) ISIS members to become Christian or Robertson to become a Muslim. These putrefied souls are unreachable because the religious conditioning/poisoning started well before this present incarnation…

Little does Mr. Robertson know that; HE OWNS the exact same cosmic identity as all the Neptunian UCI joining ISIS!

In fact, had Star Phil Robertson be born in the Middle East, I can assure you,  he would have joined and happily killed for ISIS! Yes he own the perfect righteous aggressive Arian / Sagittarius cosmic identity that lead him to preach naturally.  And who could or would deny this fact listening to his nonsense?

Furthermore Phil Alexander Robertson  was born April in the constellation of Aries (the baby of the Zodiac) a sign ruled by Mars ” The Lord of War” with his Sun sign in stubborn Taurus.

He is cursed by a cosmic God to find himself, develop more spiritual grounding and a strong purpose! Indeed a perfect target for the religious matrix!

All will hear my views and voice
Trial and error is my school of choice
Like a dragon, dashing and daring I appear
Fighting for those and all that I hold dear
I am ARIES, child of Mars.

I truly think he is a disgrace to common sense, to world peace, to human intelligence and his  lame religious words reflects the same deadly fanatical ideology as ISIS.

But knowing 99.99% of the world’s population is cosmic unconscious and vibrate at its low intellectual speed, unless I point out his “sins and virtues” through the science of  “astroforensics”, his gullible God fearing followers will always say AMEN!

His Youtube videos are not different than the ones produced by ISIS without the decapitation.

But given a chance, be SURE his Neptunian, and Martian UCI would not hesitate to KILL for God or Jesus as much as ISIS would KILL for Allah! Do you agree? if you don’t do not worry, its common for any young pious souls to miss the obvious!

After contending that the Islamic State “can’t blame us” since the U.S. withdrew from Iraq, the “Duck Dynasty” lightning rod said he was ready to engage them militarily.

“I’d rather have a Bible study with all of them and show them the error of their ways and point them to Jesus Christ, the author and perfecter of having your sins removed and being raised from the dead,” Robertson said.

“I would rather preach the gospel of Jesus to them, however, if it’s a gun fight, and a gun fight alone, if that’s what they’re looking for, me personally, I’m prepared for either one.”

For Mr. Robertson to even mention converting a Muslim into Christianity, or to suggest a “bible study” with them to point out their errors or kill them reflect the same exact type of deplorable thinking and dangerous attitude that drive ISIS militants to decapitate innocent people.

Robertson soul is not only cursed but owned by Satan and he is totally unaware of this fact! And those people have a national voice because the religious matrix put them there to sell more evil , fear and ignorance to the masses!

Jesus have Mercy on your lost children, am I the only one to perceive this religious madness?

Imagine what the 2015 Riligius Neptunius Draconis has in store for you personally and for humanity at large readers! May I suggest you to be curious or are your inserted fears much to deep to salvage your own soul?

All the keys words and detailed predictions for 2015 will be posted in my Cyber Cosmic University and offered to all my VIP’s soon! 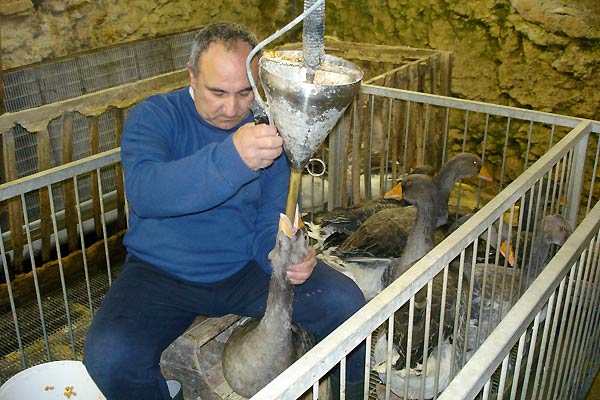 The religious matrix at work, feeding  a young Phil Robertson and the world with a false God!

Phil Robertson is a perfect example of the “conventional/educational” power of the religious matrixes trapping the spirit of billions of Christians, Muslims, Jewishs etc. into total deceptiveness.  With over 875 different denominations, your birth place, geographically set you up to become a victim of your masters!

“Religion is excellent stuff for keeping common people quiet. Religion is what keeps the poor from murdering the rich.”  (or your masters DT) ― Napoleon

Using Astroforensics, in this article “Phil Robertson DUAL Unconscious Codified Petrified Mind At Work! (public) I explained more on his programmed psyche.  Being a celebrity does not mean you were born a genius,  far from that!

it is also obvious that Robertson is not exactly brilliant and this video is simply reflecting his non evolved righteous psychical saturated nature.

Phil Alexander Robertson  was born April 24, 1946 with the Dragon’s Tail (negative) in Sagittarius (religions / books / codification of thoughts) and this wild dragon make him brutally honest righteous and act like  the “Bull in the China shop!”

Scepter of my book  the Power of the Dragon

Your philosophy, religion or your guru is the only right one
You won’t change your mind, your views or your beliefs
You believe that animals are better than humans
You won’t challenge what has been written
You are afraid of pursuing real education
You have been religiously poisoned
You think you are above the law

AT this point readers, I can only suggest you to read  A World on Fire, What Is Next For Humanity?  and pass my articles on to the world! I will soon generate  the 2015 Riligius Neptunius Draconis predictions and all will be divulged in my Cyber Cosmic University.