“If we teach only the finding and products of Astrology or extraterrestrial life, no matter how useful and inspiring they maybe – without communicating its critical methods, how can the average person possibly distinguish Astrology from pseudoscience? ” Dr. Turi

ELECTION DAY November 8th 2016 SOS TO THE WORLD (part one)

The stars dictate that; this election is one of the utmost important in the American history! Make a mistake and you will pay a terrible price for many years to come because the stars do not lie! All I can do is to keep offering you with undeniable proofs of my visions and hope you will heed my warnings in the process.

While I would rather offer you positive views of our common fate as a species, I can not be blamed nor judged erroneously from translating the cosmic code jurisdictions. While the human will, or the part of God in each one of us is much stronger than all deadly cosmic winds combined; without cosmic consciousness the forces shaping our reality and fate are left uncontrolled! But through the fear, I am not stopping just yet.

I can only suggest everyone to acknowledge my visions through all my past, present and future predictions and start using the supraconscious, in charge of  humanity; with good intentions for its cleansing process to take place right away.

Change your thoughts, let me free your spirit from fear and cosmic ignorance

“Your Future Is: The Reincarnation Of Your Thoughts”.

Humans are nothing else than robots of the stars deceived by the reptilius using those cosmic force against them! And though it is through my work today that only future generations may be able to comprehend and bring the remedies to this dangerous situation, not all will be able to master what is “Beyond the secret.” By reading my work on the subject, be sure your perception of the “secret” will change. where the option to use the power will be offered to you!

Ask all about the real “secret” and you shall receive the blessings!

The difference between David Icke’s and others “reptilian” work and mine, is that; first he is himself infected and stimulates fears and the reptilius agenda in all his words. This does not mean conspiracies are not real or David’s work is worthless as his success speak for itself.

But there is much more behind his work he could never understand; because he and those writers are cosmic unconscious and never had any UFO’s contact and never studied the stars. David Icke the reptilius slave.

Secondly, not only the elites of this world are infected i.e. the Queen of England, the Rothschild family etc. but also much of society, its mass of criminals, ISIS fighters, bullies, envious, greedy and arrogant souls, including drugs addicts, cults leaders, religious, scientific, political  leaders and David himself of course! In fact, anyone endorsing and using any kind of fear or abusing legal and illegal drugs are infected!

Once more, do not throw the baby with the water and do not kill the messenger! I am here to further your psychical awareness of a phenomenon that can not be touched or seen nor delegated thought the five human rational senses!

It is an absolute nightmare to see it all unfolding in front of my eyes when most are not allowed (cosmically designed) to do so. Only those born with an extremely advanced UCI will be able to relate to my spiritual work.

Offering you with the golden keys to what it means to be human outside of deceptive religious dogmas or scientific accepted rational disciplines is a task that demand not only supreme cosmic wisdom but also tough skin as idiocy and fear are difficult to remove!

The majority of indoctrinated people are scapegoat to the deceptive matrixes who taints their soul and further blinds all the envious, insecure young souls or “Satan reptilius infected children” ; to the truths they are unable to comprehend or decipher!

Since the dawn of time, the Creator has shown his truth to the humble, a truth that is hidden from the vain blinded by worldly pleasures, but which is written in the skies, which nightly speaks of the glory of God. Nostradamus

Humanity is physically “stuck on earth” and unconscious. This means ignorant towards various cosmic phenomenons shaping its fate! And despite my requests to be aware of  the subtle supra-conscious forces at work by sharing this you tube video explaining it all, there is not much will from in the world to fight the reptilius poisoning the body, mind and soul of so many infected people.

But there is no way to make an ignorant world aware of the reptilius’ effect without enough will and support! The “god fearing” and atheist gullible souls are inapproachable and stuck in their comfortable intellectual zones where they think a man made god or science alone can explain it all.

Yet, while there are those sent by “the forces” seeking the light and the right answers through my work; still not all will be able to grasp it’s principle without an advanced UCI.

Like Nostradamus did in the 16th century, “I visited tomorrow” and brought back to our VIP’s some incredible visions that are reflected in the dated quatrain and obvious keywords below.

Indeed you should prepare but for what? And while I offered my cosmic work for FREE since 1991, I am now only serving those who ask us through the cosmic code private website!  But now and then, I can only offer little samples; which I hope can make you realize my legit predictive gift! And from there, join our VIP’s to read all our forecasts and the rest of the stories in my chain of educational articles.

The infected young soul may be scared or stubborn and will refuse to exit the trap his ignorance rule. Make sure reader not to take the world “infected” too personally because while many have bad habits, no one is immune to the stars! Then again, good manners are first in line. And with the deplorable vitriolic of our political leaders, we have a long way to go!

The “poisoning” is taking place through a multitude of  indoctrinating matrixes designed to “hypnotize” you at your ensue to serve the reptilius agenda. Usually the greedy “elites” of all corporations are chosen to destroy Mother Earth, its wild life and the oceans. The food supply and religious wars are the chosen targets which will force humanity to vacation earth in mass. Learn more about the reptilius agenda.

But accepting the reptilius are invading humans and the womb of young mothers  is impossible for the world  to accept or conceive.

Opinion: Why millennials struggle? The Hard facts by Dr. Turi

Only those spiritually advanced enough, or those able and willing to investigate God cosmic divinity outside of archaic religious beliefs and other ridiculous belief systems can benefit from our cosmic work, thus I am wasting my time with unevolved God fearing or atheist souls.

But before translating those future cosmic code hieroglyphs, be warned of the tremendous current deadly Plutonic cosmic winds which is a little sample to what will transpire before and afterwards in the US.

A few days before the election be aware of ///////:  Use extreme caution. I have decided to offer the public “the rest of the story…” Enjoy and join us if you want to read the full stories!

“The ugly sons of Pluto will kill many and the deadly fight for power will be boiling in all dark corners. The next two weeks are going to be trying and dramatic for some, where death and rebirth will be imposed upon many of us and  Hillary Clinton (and Russia) will (did) make the news…“ Currently Clinton is also under one of her negative 2016 personal cosmic biorhythms forcing her to experience the full reptilius negative effect. Mine was only three days ago when I fell and I suffered a serious foot sprain while working around the house. So, not only those who wants to rule the world but society at large are not paying attention to my cosmic wisdom and warnings.

Just before the elections Hillary Clinton is suffering her 2016 negative personal cosmic biorhythms… The good news for her is that,  a few days  before November 8 (elections day) Trump will also experience one of his 2016 negative cosmic biorthyms!

Those cosmic winds will affect and change the political tide in Clinton’s favor but this will not stop the reptilius are in need of fear, chaos and disorder to survive and the oblivious mass of unconscious people will respond to the destructive will of the reptilius after the elections

“A cosmic unconscious population is not only an easy target for Dictators but a dangerous rogue force seeking changes for the sake of changes!” Dr. Turi

After this election all hell will break lose from the opposition and both Clinton and Trump will be both in serious danger of assassination… Because as I am writing this article, plans are made by infected militia groups to do so! But how far should I go divulging the divine?

I decided to make this article published 10/17/16 public and offer both the divulging quatrain  and obvious keywords below to prove to my readers they are dealing with a real modern prophet!

I will add more of the news you will soon see on CNN to confirm the values of my predictive work, then ONCE AND FOR ALL, STOP offering my predictive work after the elections. We will only bring the future to our VIP’s.  This is where the general public and the FBI should pay attention to my work! But they think they know better.

WHO CAN DENY MY PREDICTIONS? Memo: Pluto’s impact upon our courageous police ofﬁcers is lethal; and in the name of ignorance from their superiors, many suffer early and wasteful deaths.  It doesn’t seem the police and FBI WILL ever learn from my cosmic wisdom… From “Full and Last Universal & Personal Horoscope for October 2016“

From “Full and Last Universal & Personal Horoscope for October 2016“

Check my past earthquakes predictions…  and also on radio! Look for more undeniable proof of my predictions of earthquakes above 6.0 (and they do not happen every 2 or 3 days!) , Google “earthquake dr.turi” there are too many! 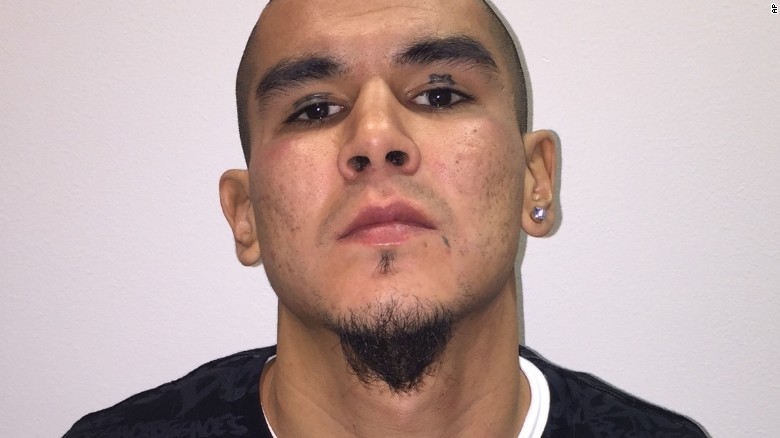 While Russia, China, The US, Japan, French, British and South Korea (stats) secrets services are closely watching my work, there are no more reasons  for me to offer my pearls of wisdom anymore; to those unable or unwilling to make good use of it or pay us for our work! So make the most readers, because after the elections; this will be it!

It looks like my visions are now confirmed…(again!) Much more ahead!

Russia unveils ‘Satan 2’ missile, could wipe out France or Texas 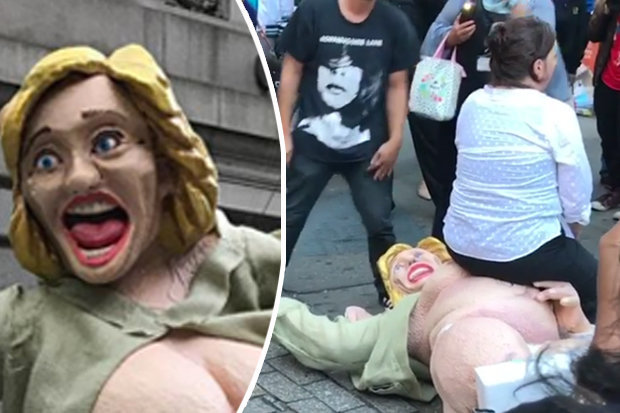 Be ready because my last SOS to the world deadly window will speak its power not only with the FBI but the police and all reptilius infected souls killing for the sake of killing… ISIS ‘executes’ 232, takes human shields – Be ready for terrorist attacks and learn more about Pluto “The Lord of Hell” of the reptilius god!

During those ugly cosmic winds, ISIS is easily recruiting members of the “Death Wish Generation” and once again the scientific community is not only blind but unwilling to accept I know better than them all combined! And taking my supreme confidence for another ego trip speak of their inability and unwillingness to publicly challenge me.

My visions of the future and your choice to fight for tomorrows future generation, will reflect on your spirit! You either support us or you may join our VIP’s but ultimately, if you can afford $5.00 there is more in store for you and the world in 2017. All you have to do is ask and you shall receive!