You’ll know the essence of a real genius only when an extreme minority can relate to his futuristic work and decides to follow his rare teachings… Dr. Turi

Knowing I am banned by ALL major networking medias to post my predictions, please join my restricted Facebook page. Thank you. 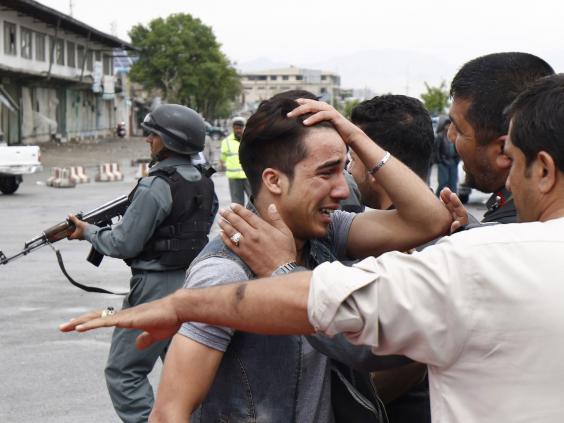 Note; Because of the time zone my SOS to the world deadly window is operational in Afghanistan and the Middle East. Be ready for attacks in Europe and/or the US on the 22nd! The maximum effect last 48 hours centering the given date and perpetuate until next window.

At this point, I wonder how the secret services feel, knowing I blasted dozens of US FBI offices yesterday April 18, 2016.  Why the FBI (or USGS) still deny my impeccable timing is a mystery to me. They should be more interested to know when terrorists (or nature) are stimulated by the stars and become more active and deadly.

USGS should also be more interested in knowing why ALL earthquakes above 6.0 ALWAYS transpire during my windows. Their deplorable attitude and lack on interest speaks of the unimaginable amount of  stupidity reflecting their “educated” idiocy!

Maybe one day those governmental organizations, will realize the values of such pertinent information and INVESTIGATE my methodology instead of running away from my “pseudo-science.”

Memo from USGS the Ecuador and Japan earthquakes are NOT related!

Like I did with USGS 21 years ago, I must offer undeniable proofs of my endless attempts to reach the secret services and USGS, as to reflect the confidence of a supreme cosmic wisdom they  need to master to better counter-terrorism methods.

And those idiots are the ones we trust to serve and protect society?

Being more diplomatic and using “political correctness” with them all to try and attract their attention some may say! But after so many years and so many facts thrown at their faces, no one could handle so much feeble-mindedness and lack of curiosity that long!

“Its a miracle for curiosity to survive education” A. Einstein

Home• Thank You For Your Tip

While those deadly cosmic winds offer also wake up calls to humans from all walks of life, this very dangerous cosmic  energy if far from over.  Thus as always, I will offer my readers the full quatrain and associated obvious keywords, so all the skeptical morons can make sense to my gift!

From April 2016 SOS to the world deadly Windows:

ITS NOT EVERYDAY THAT A Town’s entire police dept. resigns! (POLICE NEWS?)

PREDICTED BEFORE CNN AND FOX NEWS!
READ THE FACT!

While my cosmic wisdom does generate a tremendous amount of interest world wide, at this point I am so disgusted by the lack of investigative interests of all those governmental agencies who could benefit the most from my work!

But it seems anticipating large earthquakes or terrorist attacks and saving lives in the process, has never been a priority to those in charge of the Secret Services and USGS! Especially when Astropsychology / Astroforensic and Astrogeology is something they never heard of, do not trust and ridicule!

Ultimately, with so much validations, only those brainless donkeys can refute my cosmic ingeniousness, and it seems those are the ones running the show at the top of all those Agencies.

I started keeping record of the news and you will have to comeback to this very page regularly to read “the rest of the story!” as the anticipated deadly news unfold… But this probably change anything with the FBI or USGS. I doubt very much so as idiocy seems tenacious and impregnated in so many human beings.

But the world is not only cursed with a witless herd, there are still smarter, curious people all over the planet reading and heeding my warnings. And those are the ones  paying more attention to a real Modern Prophet translating God Cosmic Will daily! And God is listening.

May I ask if you might be interested in being a guest on Howard Hughes’ The Unexplained on Talk Radio here in the UK? We broadcast live every Sunday from 22.00-01.00 and we’d be delighted to have you on either the phone or Skype. I’d of course be delighted to outline in more detail the nature of the conversation.

Terania is currently working with the him to set this up, I hope you will join us then… Meantime, learn more about Pluto “The Lord of Death.”