Influential Republicans are setting their sights on toppling the Obama administration as evidence of a cover-up over the assault on the Benghazi consulate gets stronger.

“The IRS could be directly to blame for lower voter turnout during the 2012 election after conservative groups were left sidelined by the IRS decision to target them, according to John Fund, national-affairs columnist for National Review Online.”

Terrorist Attack on the US Consulate in Libya – PREDICTED!

REMEMBER THE SCORPIUS DRACONIS WILL NOT KEEP ANYTHING SECRET FOR LONG AND MANY PEOPLE INCLUDING OUR PRESIDENT AND HIS ADMINISTRATION WILL GET A SERIOUS WAKE UP CALL ON THOSE DAYS.

You Have the Neptunians and Dr. Turi

President  Obama Personal UN-lucky Dragon window dates  for May WATCH THE NEWS THEN and see the Master at work!  This unique priceless service is offered for a very cheap price and will save your life.  Price:  $125 (internet service only)

May 22/23/24 more secrets will tarnish the President image with more facts then May 28/29/30 danger all around him.    Hopefully the Homeland security will take my warnings seriously, especially August 18/19/20/and 21st! which will be  the lowest days of his Presidency! 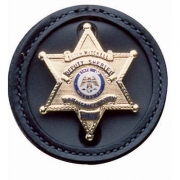 NOW ON TO THE  FBI AND OTHER FACTS!

The FBI and the Dept of Homeland Security Failure

Here are a few emails you may find interesting readers:

Following my latest newsletter President Obama’s assassination  a FBI agent answered me… Then two FBI Agents paid me a visit in my home in Phoenix! Incidentally only a few intuitive regular cops emailed me their problems and this gentleman is the first one to do so. Many of his comrades chose to exit my list instead of doing real police work and investigate my claims. This FBI agent has balls and enunciate his cautious curiosity, he also with who ever is left in my special list reading all my newsletters. I made a request for him to offer his DOB and give him the full proof of my ability…Will he take another step towards the light and do so or will he retract into the darkness of his accepted rational education?

I was about to post his private email and ask for your help VIP’s but he is a FBI agent and this forces me to respect his privacy. Mike Broomhead is like me and George Noory (also part of my list) a famous radio host and there is no need to be private in exposing the truth to the world. Mike is a Scorpio dragon’s Tail thus very cautious and infatuated with the police if you listen to his shows.

Like Arty Bell and George Noory, Mike is also a Gemini (A messenger of the Gods) and very smart too. Thus after many emails explaining a few things to him we developed a “secret” Internet relationship. But do you think Mike will have me on his show to discuss the truth and the Cosmic Code with his audience?  I can not impose myself with George Noory or Mike Broomhead or any of the hosts who invited me in upcoming booked radio shows…  Human have a conscience and know very well between right and wrong the question is now will  (Mike, the  messenger of the Gods) help me in my mission an down some good karma? I hope Mike  George and anyone else knows about karma, because I do!

Phoenix AZ – from a FBI Agent

The U.S. Secret Service has jurisdiction over the protection on the President, Vice President. Et al.

With all the respect I owe you my friend, all human beings are under the jurisdictions of the stars but being unaware of this fact makes you part of the 99.09% of unconscious people who are victimized everyday by those stars because they are much more than dead rocks. Reading the title only and assuming wont help you be a good detective. Give me you DOB and let me prove it to you by pointing out some dates when it won’t be a normal day at work…

*******Another one from a famous radio host in Phoenix AZ KFYI

I only translate the stars Mike and they do not care lol – In fact one of those days Oct 29/30/31 also November 12/13/14 (make notes) will be quite unusual/interesting experience for you… I wanted to give you a little heads up because two of the 6 dates I gave you will be quite significant and won’t be normal days work!   I can talk to you before or after those dates Mike so you can experience first hand my expertise… Your call… I will email you a little generic on your Gemini natal “UCI” Unique Celestial Identity next…

When you say unusual & interesting what do you mean?

Not a normal day’s at work Mike…I see the people and affairs of your past coming back, some issues with your plans, car and KFYI problem with technology…Nothing you do not know I am just making you aware of it for those dates. These are called “Lucky/Unlucky window dates” based upon my software your DOB and my latest Astrological discovery. Be aware and be cautious on those dates that’s all.

So today the President of Clear Channel Phoenix (Jeff England) was let go. He was partly responsible for giving me my shot on the air. Was this a part of your “unusual day at work”? LOL

Note: on the 31st as I was driving around I heard Mike proudly announcing  on his radio show that he was invited on the Glenn Beck TV show something totally unusual that never happened to him before. As soon as I got home I emailed him the following…and got his confirmation.

Did you get the invite Oct 31st or today? Close enough lololMemo – the 6 dates I gave you will be quite significant and won’t be normal days work!  It seem you are on your UP dates November 12/13/14 will be your down dates, be prepared… I was listening to your show on my way to the post office earlier and may not be able to point out my observations in the future. I trust you will…Blessings DT

31. I thought of you immediately.

all I can do is wait and, with time, tell you more on this story… Lastly my mission is to warn humanity of the Cosmic Code jurisdictions  I am not into politics nor religious but a free, independent thinker!  May God Bless and protect ALL human beings, including President Obama!

Save this article readers…