“Universal Laws are written in light through the signs – Cosmic Consciousness is… the awareness of God’s celestial divinity and use it wisely to read the future and help others build emotional, financial and spiritual stability!” . 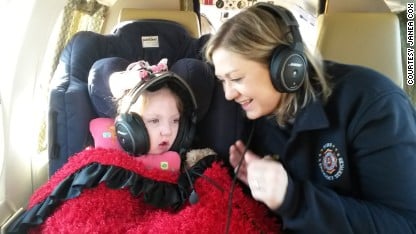 CNN) — Doctors in Macon, Georgia, told Janea Cox that her daughter, Haleigh, might not live another three months.

That was the middle of March, when Haleigh’s brain was being short-circuited by hundreds of seizures a day, overrunning the array of five potent drugs meant to control them. Worse, the drugs were damaging Haleigh’s organs.

“She was maxed out,” Cox said. “She’d quit breathing several times a day, and the doctors blamed it on the seizure medications.”

Cox had heard that a form of medical marijuana might help, but it wasn’t available in central Georgia. So a week after hearing the ominous diagnosis, she and Haleigh packed up and moved to Colorado Springs, Colorado. There, Haleigh began a regimen of cannabis oil: four times a day and once at night.

By summer, she was down to just a handful of seizures a day. In less than three months, doctors were able to wean her off Depakote, a powerful medication that had been damaging her liver.

Another well designed emotional CNN advertisement using a child and your emotions to make you believe weed is good for your health!

What the scientific community does not know is, if you move or live like Dr. Turi under a Sun line, chances are your health and your zest for life will improve drastically and up a sudden you feel very creative and artistic! Do you think it is an accident for me to have beaten cancer?

What the scientific community does not know is, if you move or live under a Neptune line, chances are you will become prone to addictions to legal or illegal drugs or up a sudden feel very religious and find God! You may also drown under this line or suffer rare diseases and infections.

What the scientific community does not know is, if you live or more under a Mars line, chances are you will become accident prone and become very aggressive, making impossible to hold a job for long, fight with loved ones or burn your house down! You may also decide to join the NRA and own tons of weaponry and build a fortress awaiting the invading army!

What the scientific community does not know is, if you live or move under a “Great Malefic” Saturn line, chances are you will become prone to serious depressions, suicidal and the more you work the less you will gain. Your knees and joints will start developing arthritis and you are prone to contract bone cancer!

What the scientific community does not know is, if you move or live under a Uranus line, chances are you will become prone to UFO abduction, feel like a rebel with the world, take on a New Age course or up a sudden lose it all in an earthquake or a tornado! Indeed anything can and will happen under this line!

What the scientific community does not know is, if you live under a Mercury line, chances are you will never be able to sleep or relax and become an ADD or up a sudden feel like you should run or write a book! You may also decide to learn languages, photography or work on the radio! One thing sure be ready for tons of speedy tickets!

What the scientific community does not know is, if you move or live under a Plutonic line, chances are you will become prone to be killed in your home, in the streets or caught in many fights between criminals, join a gang or up a sudden feel like you want to kill everyone, especially the cops. etc.etc.

It is just a matter of time before you experience one of your “Personal Cosmic Biorhythms” and pay the ultimate price for your cosmic ignorance! But the spiritually advanced human being able to perceive and appreciate my gifts is also very rare…

There is a tremendous amount of wisdom available to you if you investigate your Astro-Carto-Graphy (relocation chart) because any positive or negative lines will drastically affect your life, your health, your opportunities and your luck in general!

Rest assured weed has nothing to do with Haleigh new found health improvements but to slowly addict her to the “evil breath!” This is nothing else than another clever advertisement designed by the pharmaceutical corporations “the science matrix” to assure you pot is safe and beneficial to buy… If its stink, its bad!

As a kid, born with an extreme Mercurial UCI or ADHD, I was wrongly diagnosed as epileptic too, but little do those educated morons knew about the turbo charge Mercurial cosmic identity I was born with!

Luckily for me, in 1962, those killer drugs and weed were not invented nor fully available to the public then and I was not turned into an unproductive, addicted zombie by my parents!

Your government and famous doctors do not care about you and your kids, just the opposite!

Gupta ‘I am doubling down DECEPTION’ on medical marijuana!

This does not mean “nirvana” weed priorities can not be used at all, they should be available to specific cases and  TERMINAL PATIENTS ONLY! Not used on babies, teens or healthy adults for recreational purposes only!

They are signs particularly prone to legal and illegal drug addictions and those souls need to know the danger weed represent. But a true pot head own an IRRECOVERABLE UCI because this person is born a Neptunian with a very strong drive to escape reality.

Its like asking a Christian, a Jew or a Muslim or any pious soul to refute their religion and accept the reality of a cosmic God! Its an inborn extremely powerful psychical “cosmic” drive all are oblivious of…

Pot is going to be legal one day in this country regardless if you like it or not. So now CNN is out to get your children now? I thought conspiracies are not real?? All day long on network cable/satellite there are episode after episode of UFO Conspiracies and Big Foot. So it is okay for you to post pictures of you drinking alcohol for recreational purposes and bash potheads? Is the Arian Dragon making you prejudice? You act like you can cookie cut out Neptune from the sky as if it can no long have an influence on the lives of people. You act like potheads never created great works of art, music, and films. Don’t forget that the Founding Fathers of the Original Republic who designed the Bill of Rights, Declaration of Independence, and Constitution were Potheads. Even Leonardo da Vinci and Isaac Newton smoked pot.

Jonathan my mission is to make you aware of Neptune’s deceptive power, Neptune rules the arts and even Nostradamus used hallucinogen plants in his secret study… I am as much creative intellectually as any of those erudite men and NEVER used drugs! If I was like you smoking pot all day long I would not have the strength, nor the drive or accumulated wisdom to educate you on the cosmic code. I would be smoking weed somewhere debating its priority not knowing I was a born Neptunian in the “Nirvana” zone…

My work is about the cosmic code and at 65 I think I know a bit more than you kiddo! This does not mean you can not voice your opinion on the cosmic code but all the adults, clear thinking souls, while an extreme minority, even here,  are laughing with me…

Enjoy your pot Jonathan as much as I enjoy my beers lolol, I am not  judging you, just exposing UFO as a reality and Neptune’s power over your life, that’s all… When you get to my age (hopefully you will) I’ll make more sense to you… I guess you never got my teachings on Astro-Carto-Graphy witch was the main topic and focus of this article! Pot does blur the mind though…

VIP’S THOSE FORECAST WILL BE GENERATED BEFORE JULY IS OVER

August  2014 Elaborated Horoscope For All Signs

August 2014 SOS To The World Windows

Endorse my work! Help me help all the children of the future please!JOIN US SHOW YOUR SUPPORT! BECOME A VIP