Once again, you are witnessing the religious matrix money making machine at work advertising on CNN. Much like the scientific matrix endlessly discovering new stars and Mars one universal deception, the wave of deception, misinformation and control of information is designed to make billions by keeping the gullible and atheists alike hooked to something that fit their faith, hopes or understanding of the world they live in.

Indeed the story of Jesus and the cosmos are nothing else than embellished altered religious or scientific stories accepted as presented by  “experts” from all walks of life!

The reality of Jesus’ life and fate and the proof of his existence is written in the bible and read by billion of people who would never dare to consider a different theory.

The reality of the physical cosmos is undeniable but like Jesus’ story its true spiritual purposes are hidden to the masses, denied and ridiculed by today “educated” atheists scientific leaders who will assure you they know better than all departed geniuses.

The intuitive mind is a sacred gift and the rational mind is a faithful servant. We have created a society that honors the servant and has forgotten the gift. We will not solve the problems of the world from the same level of thinking we were at when we created them. More than anything else, this new century demands new thinking: We must change our materially based analyses of the world around us to include broader, more multidimensional perspectives.”

Lies, deception and misinformation built this world and became the solid financial foundations for the illuminati controlling your body mind and soul through TELL -E.vision.

Unless you are part of the corrupt corporate media rational or religious money making machines (or built for that purpose Joel Osteen, Neil DeGrasse Cosmos series,)  you are a no one with no voice… Dr. Turi is loved or hated passionately for his cosmic wisdom and for his legendary honesty, often perceived as an egocentric attitude.

As mentioned so many times, the undiluted truth is not for everyone and at time, will vex over sensitive critical UCI’s and for sure will upset the atheists.

“If you make people think they’re thinking, they’ll love you; But if you really make them think, they’ll hate you.” ―  Don Marquis

It took 2000 years for the Illuminati to cleverly create and condition the world to Christianity and its perception of Jesus spiff up story spiced up with fears of hell and Astrology. The lies are as big as the Vatican corporation buildings itself and its millions of local banks branches (churches) located at all major city blocks in the world and at the most wealthier locations of this country i.e. Sedona!

Anything, everything on the Illuminati’s way *Indians, bigots and erudite men, had to be silenced and obliterated for money, power, political control and greed has always been the ultimate goal!

The reduction of the North American Indian population from an estimated 12 million in 1500 to barely 237,000 in 1900 represents the vast genocide those souls suffered because of the religious matrix drive for supremacy all over the world.

Who is to deny my vision of Hitler deadly spirit returning upon earth and my 1991 religious war prediction on Art Bell national radio show looking at the news today? Is the world ready for the future and more of my visions? * 2015 Nostradamus Neptunius Draconis Universal Predictions

While all those news were predicted did you notice after many years spent on national radio and doing television shows since 1991, including writing endlessly my “religious war” video posted on youtube on April 1st, 2008 (7 years ago) has only 4000 hits?

Did you notice from over 7 millions hits on Google last year, the numbers for Dr. Turi on Google today stumbled to less than 250 K?  What happened when I quadrupled my output of articles to reach  all social media?

Once upon a time I was all over and 100K friends was routine for me, today with a few Facebook pages, a public person like me has only 3000 friends or less?  I was fired from Wikipedia, Examiner, Face Book and a few major websites many times over last few years and for no apparent reasons and to this day, in case you do not know ”  Limits have been placed on Bring Back Astrology As a Science.“

Even my once very popular linkedin account is muting me…

Your rank for profile views moved down by 2% in the past 15 days. when I post everyday?

The same with my Twitter account  while I posted nearly 70.000 time, its been months before anyone decided to follow me? Compared to the small quantity of very intelligent people following and reading me there, all my social contacts are slowly dying right in front of my eyes…

This article will make all my enemies very happy because, like the Illuminati, Satan’s atheists children are not ready to assimilate or promote the light and the undiluted truth I own.

The conspiracy against our work is very real and at all levels, locally from “An Open Mind Production, Conspiracy and Dr. Turi” to the very influential powerful illuminati compromised matrixes slowly muting me or keeping me away from you…

Maybe I attracted too much attention with the FBI visits because my work is too sensitive and too real for comfort?  “FBI visited Dr. Turi again, following Paris Terrorists Attack Prediction.”  Meantime immature unconscious souls will always infiltrate the media and taint the beauty and values I have been freely offering the public!

The forces of evil against me are numerous and very real, but unless you are Dr. Turi and check my worldwide stats personally, the truth about this slow mutation is only a product of my imagination! When you are too good and much too real some people will always find a way to shut you down and this is happening because this technological conspiracy can not hide itself from me any longer. Numbers do not lie…

In all honesty and great modesty, I feel like  a modern Jesus knowing too much for my own good and even our safety… 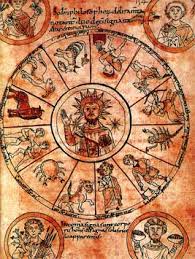 Medieval painting of Christ at the center of the zodiac as the sun.

But why would Jesus say to his disciples “go to the town and find the man with the WATER PITCHER, the sign of Aquarius to follow the sign of Pisces…” Its interesting to know I was born February 26 as a cuspy Aquarius with my Sun Sign in Pisces –  Astrology enunciate a similar fate where UFO and the Soul of the Cosmos becomes my own “cosmic ministry” through my dedication and sacrifices to bring back a lost wisdom and God cosmic Divinity to humanity!

I wonder if it’s really worth for me to fight such evil force or is it time for me to stop and let Satan once and for all engulf your religious or atheist lost spirits and finally the world?