“If you make people think they will love you but if you really make them think the way I do then they will hate you”  Take a chance on your spirit, claim the undiluted truth,  think outside of the controlling matrix in charge of the media! Join the battle to free your hijacked spirit! 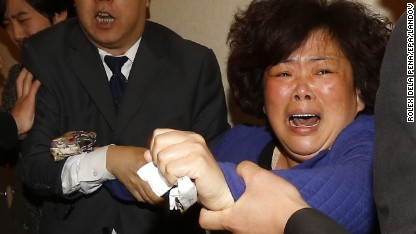 May God Bless All Lost Souls

A new analysis of satellite data shows the plane was lost in the southern Indian Ocean, Malaysia’s PM says. “As ‘Optimism is fading away’ as questions mount, the Malaysia authorities in charge knows it is a suicide but how many governments you know tells it all or  exposes the reality of UFO for example? There is too much corporate money involved and trust  at stake and all they are doing is; unlike the family survivors and the media, waiting and hoping for the batteries to die very soon and for this “accident” to dissipate into history! Even if they find the wreckage, the truth I exposed to you today in my remote viewings  sessions will never, nor can it ever be understood nor accepted as fact by science and 99.999% of the world!    And this is why you became a VIP… Join us today!“

Original article: Malaysian Prime Minister Najib Razak  knew from day one that all lives were lost due to the pilot suicide. But as mentioned in “CNN – FOX news Flight 370 a Mass Suicide?”  and “Malaysia Airlines Flight 370 Was a Terrorist Mass Suicide Act!” he could not and will NEVER publicize the truth because at the end, its all about money and saving the FAA good image. They were hoping to find the plane and offer you the fabricated reason involving a pilot error, an explosion or even a terrorist act and waited more than two weeks after the flight vanished to make the announcement.

Rest assured their wish to never find the plane came to pass but even at this point, I still believe with all the technology they have at their disposition, even if flight 370 is found, they will still keep it a secret. Remember readers, being cosmic conscious allows me to see well pass what the media and the FAA wants you to know while all conspiracy talking heads are going insane with all sorts of ridiculous assumptions.

hat pilot had a lot of emotional pressure due to his wife and kids leaving and the imprisonment of his friend by the Malaysian government.

Yet we didn’t hear anything in the press about what he may have been going through due to his family leaving him. When that happens emotions take over and everything is then possible.

DT: Dough my friend, the stars do not lie… Thanks for getting it finally lolol!

No its not a terrorist act, no its not a pilot error, no its not a mechanical failure its a MASS SUICIDE induced by the Chief pilot who suffered deep psychological cosmic changes… Do not laugh, do not assume, do not ridicule, instead take the time and read the most plausible reason for this “mystery!” Ask yourself, how many people commit suicide everyday readers?

When I first posted March 8/9/10 SOS To The World warning about a ENDING and the impact of a New Moon in Pisces (ocean) I knew something dramatic was to happen because the same cosmic order produced the predicted 911 terrorist attack in N.Y.

Now is it an accident for me to give the EXACT date of March 8 when flight 370 scheduled international passenger flight disappeared on 8 March 2014?

No I am not gloating readers, just trying to make you aware that the FAA and all elites running this world including the vast majority of human living on this world are cosmic unconscious and unaware of the cosmic forces above regimenting their psyches and all affairs on earth.

Little do the world know that regardless of their position and accomplishments, celebrity status man is nothing else than a peon of his stars.  Zaharie Ahmad Shah  like any other human beings can and will endure regular personal  negative cosmic biorhythms in 2014.

It is not a matter of IF but WHEN, anyone will  undergo those deep “cosmic” psychological changes and make them totally irrational and dangerous to themselves and others. Do you think it is an accident for a serial killer to go on rampage and kill innocent people?

And when ‘accredited” doctors endorses weed on the national stage, I have all the reasons of the world to worry about you and your children readers… Dr. Sanjay Gupta First Legal US Drug Lord?

While a steady regiment of drugs and anti depressants are usually to blame, combined with those “Cosmic negative Windows”  human become destabilized, irrational and dangerous to other and themselves! But again in the case of  Zaharie Ahmad Shah’s case his moon in Pisces (ocean/dementia/religions) makes him much more vulnerable to aim for NEPTUNE’s deep watery graveyard and bring everyone with him!

But what makes him more vulnerable to act out his UCI is his natal Dragon’s Tail in the sign of Aquarius (aeronautics/groups) right in his Pisces (ocean/drugs) 8th house of death! But how can anyone remotely understand this cosmic language when only my Astropsychology students were trained to heed the signs?

“Because they are seeing, they see not; and hearing, they hear not; neither do they under*stand” the voice of heaven.”

Look around you readers, some cops will become bad cops, your innocent neighbour or his child can “magically” become a killer and the very normal people you deal with everyday can lose it at any moment and become killers. Do I exaggerate anything or do you agree with me, did you watch the news lately?

Here’s the other thing……..AFTER they made the turn, they had communication with the air traffic controllers and said “alright and goodnight”…………..This is what makes the suicide theory leery for some but there is many ways to interpret a rogue pilot. Indeed the stars do affect what were once trusted as docile wild animals and “by magic” kill their handlers? A rogue dog, a rogue elephant or other large wild animal are also under the stars jurisdictions, and their  afflicted UCI drive them away, force them to live apart from the herd and having savage or destructive tendencies.

But our infantile science has so much to learn and instead of wasting precious resources on NASA and Mars One deceptive masquerades, they should invest in my work!

To summarize readers, who’s to blame for all those accidents, those murders and suicides often classified as “acts of God?” Blame it all on the traditional educational religious and scientific matrixes unwilling to upgrade their perception on a cosmic God they know nothing about, ridicule in the name of science or fear in the name of religion.

In 50 years or so in the future, if humanity makes it, and gather full cosmic consciousness, President will be elected not because of their parents previous political positions and accomplishments, or their big mouths or even the money accumulated/donated, but because of their natal UCI.

So people like Hitler and Putin are not allowed to access power and kill millions of innocent people. The same with cops, pilots etc.  Only those who own safe and productive stars will be trusted to handle and respect others people lives.

But again this is for the future and meantime, next time you face a corrupted cop, a deranged stranger let’s hope he will not be suffering some deep cosmic psychological changes he can not control!

And if you trust a pilot to fly you to your destination the same evil cosmic dance may lead him to land the plane in the Middle of the Indian ocean… This humongous cosmic ignorance did and will keep costing many precious lives and it is only when humanity raises its psychical vibrations and acknowledge the cosmic code jurisdictions that peace, safety and harmony will bless this world.

If the soul is trained to recognize those cosmic windows he/she can apply the will, or the part of God wich is much stronger than the stars and instead of ingesting anti depressants (or smoking weed) educate the soul at an early age about those dangerous cosmic biorythms… But who’s to prove my claim is what it is until it is investigated by science as being real and solid? Time to upgrade to a more spiritual side maybe?

As long as the controlling traditional educational scientific and religious matrixes keep ignoring God cosmic consciousness, you can only expect a never ending heavy penalty to pay… All I need is a media platform to lead a cosmic unconscious mass towards the reality of a cosmic God in charge of humanity’s fate…

THE MOST CREDIBLE PREDICTIONS ON THE INTERNET

THIS IS WHY YOU SHOULD JOIN THE COSMIC CODE WEBSITE, TRUE PREDICTIONS ARE VERY RARE!

https://www.facebook.com/drturi.drturi  Record breaking heat in CA Sunday followed by a 6.9 in Northern CA tonight, 50 miles off the coast. This is in alignment with dates you’ve posted.

NEW MOON — March 1, 2014 in Pisces:  Disturbing news about religious fanatics, abortion or oil is ahead while the weather will be nasty over land and the ocean. Many diplomats will be active on the political front, trying to avoid proliferation of religious wars in different parts of the world. While Mars is in Libra fuelling acts of destruction in transportation trouble and death is the aim of every terrorist but there will be much more of a strong desire to reach balance and harmony in all areas of the human experience.

Prominent politicians of the Middle East run the risk of assassination and some unlucky souls will not survive this dangerous trend. Expect progressive news involving science, chemical research. Meanwhile, it is a sure sign that drastic change is in store for parts of the Middle East and Asia. Nature and the weather could also turn out particularly difficult and may sink ships, produce devastating oil spills and flooding.

DO NOT TRAVEL WITHOUT IT!