Life can be quite demanding for the Turi being in high demand by the world including taking care of Draco, Tessa, Cezar and Blako the family wonderful loving and protecting pets. Thus now and then Terania and I must exit our responsibilities and escape to the lake, the desert or anywhere surrounding AZ State. And Vegas is one of our favorite places to go especially when a good friend I had not seen since 1984 awaited us. The few hours’ drive through the AZ/NV pittoresk desert scenery is always enjoyable and my smooth Mercedes top drive adds to the pleasure.

Terania is always ready to shoot any pictures and I had to remind her to slow down and save the battery, yes once more I forgot the charger )*&^(&*%&^%$… The plan was to meet with Cress at the flamboyant Flamingo and we were very excited, but with the Turi anything can and will happen! By this I mean, what are the chances of missing one of the biggest hotel on the strip (including Cesar’s Palace) driving North on Las Vegas BLVD?

The fact is as mucH as I was abducted in Anaheim California back in August 1991, this time, the same experience took place I the heart of Las Vegas. We drove by the very church where Terania and I got married last April 21st and we were looking at each other’s faces smiling recollecting  great memories of those days where my entire family also visited Las Vegas. We were driving north looking for Cesar’s palace knowing the Flamingo is right in front of it.

But for some reasons Terania and I, as it happened before, we began to  get confused and uneasy wondering where we were. I had called Cress  three times already and she told me how the hell we could miss the hotel casino. I did not want to call her again and look stupid, thus we stopped at a gas station where Terania asked for directions. We were going North and in the right direction on the strip and I wondered why or how we both got so confused…We gave a very specific attention to the left side of the strip while looking for Cesar’s palace on the right side but after a while, I stopped again and asked a man for more directions. He told we drove pass both hotels wondering if we had have too much to drink I bet!

I was amazed and told Terania well Honey; it happened again we’ve been abducted and in no way would a very impatient Cress remotely believe what just transpired with us. After hugging and kissing her in the lobby where she was waiting for us I tried to explain why we were so late but she could only laugh at us… Terania and I could only look at each others and accept our fate.

We went to our room to refresh and took a picture of the  phenomenal view from our room.

What Happens in Las Vegas does not always stay inLas Vegas

We caught up after so many years, spoke, laugh and joke for a while then we enjoyed a great show!

Next morning breakfast by the Flamingo Garden

We had previous arrangements to meet with Gary in Los Angeles and we left Cress a bit too fast but we promised her to return and have more fun together. Following my bad experience with a couple a abusive, greedy people I have been nurturing the idea of using my supreme wisdom for gambling and my tested theory has proven just impeccable to win serious chunk of money in Las Vegas.

But using metaphysics for personal gain is prohibited unless one wants to lose his powers… but what is the point for me to crucify myself 24/7 for  a selfish  world when the majority don’t care or too greedy to help me financially? Nothing happens by accident reader, and if one day you see all my websites closed down you will know that I have decided to use my wisdom selfishly and dedicated the rest of my life to my wife and my family (and fishing.)  After all who would blame me? I am going to give a last shot to get donations for my TV project after that Dr. Turi may simply disappear…

We took 15 south on the way to Los Angeles and I took a picture of the “Death Valley” and its famous thermometer.

YES IT GETS HOT HERE

We drove a long way to get to Malibu on the 101 HWY and we enjoyed every moment of it, we finally made it to Gary’s HUGE whitehouse in one of the most upscale area of Malibu. Gary was on his balcony when we arrived and he flew down the stairs to greet us. We caught up on so many things, especially, discussed some of his movie projects and his book “Buseyism.”

Of course Gary is from the old school and while he is a true genius with words it’s not exactly the same with computer, disciplinary writing and publishing. Thus he and his attorney Melinda are working on an agreement/contract  with me to produce a book or his bio and his mental genius. “Buseyism.”  Gary is a very special man and very gifted in so many ways and far from the bad press the public who do not know the real Gary Busey portrays him. He showed Terania a few pictures taken on the set fighting Mel Gibson and other movie shots with Steven Seagal and so many other celebrities.

A FRIEND FOR LIFE!

Yes I told Gary than in the fifties, sixties and seventies the world was dealing with real stars, those souls were true artists, sophisticated, gifted and wonderful, all lost in time./ That is before the reality shows explosion where crooks, low life and sexual dirt of spoiled rich brats easily gain overnight notoriety. He is from the old school like other true stars out of job. 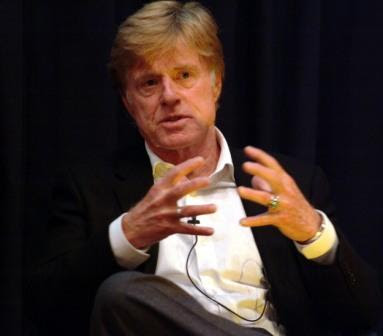 Well the controlling Hollywood wealthy pigs can only offer a rat population the type of “spiritual” food they demand yes? And I seriously wonder, being myself so ahead of time if it is all worth working towards bettering a lost society knowing that 99.09 % of the world’s audience would rather watch “Gangland” or Paris Hilton/Kardashian etc.than my highly spiritual Cosmic Code TV show?  Billions of dollars are invested daily to produce more deceiving religious programs and/or repulsive television series and I wonder why it took me so many months; begging for $2000 that ended up being stolen by two crooks from me. Is God trying to talk to me? 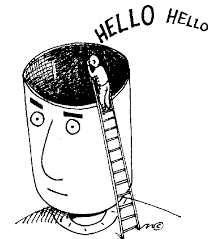 DR. TURI WHAT IS IT YOU DON’T HEAR  ARE YOU THAT DUMB?

Well that is the price I have to pay for my head being totally destitute of tricky maneuvers, deception and lies I guess! Having my head in the stars   and trusting the wrong people is a lesson I had to learn but what is the blessing in disguise here because there are NO accident remembers? Stay tuned reader, hopefully I will tell you more in the future…

Gary is a very friendly guy, honest, direct and open, very much a replica of myself I may add  and he certainly did not hesitate to show his affection for Terania before we left. Luckily for her I prepared her very shy, introvert suspicious nature about Gary”s natural show of affection. He posed for her and wrote a dated, signed personal “Buseyism” that she will cherish for the rest of her life being the fist human being to own such a precious gift and it goes this way…

Then just before living Terania asked him for the picture of his son Luke. And to my amazement Gary offered Terania two pictures of his beautiful son and this gesture really showed us he was much more than a friend but a part of our dear family.

When I asked Stephanie why she choose this name she told me her Dad’s name is Louis… Luke was born February 23rd, me February 26, yes there are no accidents readers and meeting Gary is as karmic as can be, where he and I have to help each others in our own respective ways, and this is exactly what we are doing…

Note to my all my VIP”s: The February transits and February Elaborated Personal Horoscopes For Each signs will be generated before the month of January is over and available from http://www.drturi.com/vip.php

This VIP Cosmic Code Newsletter will NOT be available to the general public. Join us now don”t miss anything – http://www.drturi.com/orders3.html

Monday morning my phone was ringing off the wall from local listeners wanting your email address again and asking me tons of questions in light of Moscow terror attacks and police shootings. Now …I”m working very hard to have everyone listen to old shows and I posted that on cosmic code. I’m doing it all again this Sunday and you are always invited as long as in coincides w/ your schedule. Keep me posted .

The next twelve months “Universal and Personal transits” including the “Personal Elaborated Horoscope for all Signs” Be prepared you all for what to expect for the future. Learn how God speak to you, master the signs, understand and use the Cosmic Code rules. Be at the right time at the right place, be smart be aware and heed the signs.  I did generate the full year “SOS To The World” deadly window dates soon asking you to either be extremely cautious, work around or totally avoid traveling during these upcoming windows.

God unbending will speaks through the Cosmic Code jurisdictions and let skeptics and ignorant alike become the future statistics.  As you know there are NO accidents but circumstances that are yet to be uncovered by science and with me as a guide you are safe and in good hands.  Remember being a VIP means you also vibrate at my spiritual level and concerned with the facts of life… Join the world and build your own Cosmic Consciousness with me. http://www.drturi.com/orders3.html

The greatness of the Universe is unknown, but the magnetic forces that direct and move all the planets in our galaxy are know by science,  my message to them is;  this Divine source of power can be used to guide and bring man a life filled with love, respects, peace and harmony.

KEEPING YOU ALL POSTED OF MY CRAZY LIFE