…perhaps there is a pattern set up in the heavens for one who desires to see it, and having seen it, to find one in himself – Plato

Carl Sagan and the science of Astrology!

I am not sure how more precise I can  be when it comes  to offer tangible dated, well documented proof of my predictive work when the title itself, used on June 12, 2013 to warn the world “Germany “Heil Hitler” 2014 Arian Draconis World Predictions“offer the undeniability!

Will the atheists, the skeptics, and the scientists “or the educated donkeys” also recognise  the picture of Hitler chosen in my obvious quatrain and keywords?

www.drturi.com/hitlers-spirit-upon-germany/‎ posted to the world June 12, 2013

“the worst disaster in recent years in the Mediterranean

Memo from Heil Hitler Arian Draconis predictions: “This dragon is ruthless and invasive and will directly affect souls born in October (Libra)  and April (Aries)  or those born with a moon, rising, natal or hidden dragons in those signs. “The Lord of War” will rule the world, imposing huge fires, *Calif. fire ‘just out of control’ danger, conflicts, large accidents  and will induce dramatic news of death and aggression.This dragon is also aiming for the children,  Pakistan —Enterovirus D68 now in 11 states –* Enterovirus D68 spreads to Canada  the soldiers, the Army and the Navy” – 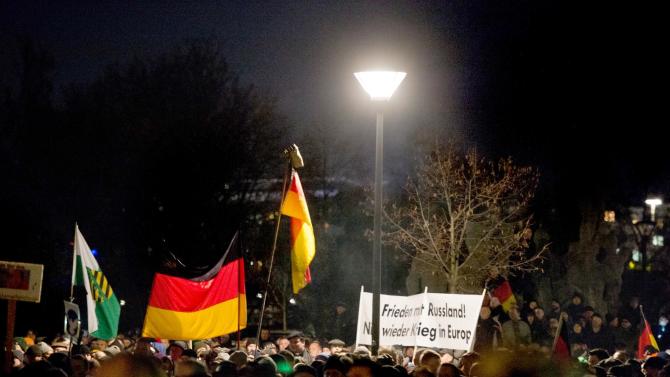 Prediction #3 – A new  BLACK AND WHITE negative energy will birth from Germany and grow dramatically All over Europe, South Africa and the world. A strong sense of white/self identity will worry many minority races during serious internal trouble with some youth battling the police

L.A. tornado: ‘It was crazy’ SOS TO THE WORLD predictions for December 2014

I kept steady, offering the same exact warning in all my videos and radio shows, I wrote countless articles constantly refreshing people’s memories and offered more warnings for next year in  “2015 Nostradamus Neptunius Draconis Universal Predictions.”  Sad enough the reward for being so precise got my Internet enemies to double their efforts and managed to get me out of Linkedin and Google…

My convictions and dedication fueled by the validity and trustworthiness of my premonitions makes me very concerned, but instead of being rewarded for such an obvious gift and all I am offering the public, makes me the victim of the  “hunters witch!” In 2014 I feel the endless repercussion of today’s Inquisition.

While I have had to constantly beg my supporters to help clear my name and my reputation, my Internet enemies, effortlessly  congregate in mass to stop me reaching you…

All I have to defend myself and fight the evil of ignorance is the endless, undeniable proofs of my work, pictures and the video of a donkey on a sling!

While those people pretend to be clients of mine and lies through their theethes on Ripoff Report, one even wrote “Turi Denies Accepting Credit Card Payment.”  Any intelligent reader would immediately check my website www.drturi.com and realize right away that I have been accepting credit cards since  I launched www.Dr.Turi.com 14 years ago in 2000.  In fact ALL my services, including basic reports can only be processed with a credit card!

Others young souls nurture inserted religious fears and wrote “Psychics are nothing but CON ARTISTS period.  Stop wasting your money on these LIARS!”

Fears of the future or the unknown are very real and while I mentioned countless times my UFO’s experiences and the “downloading” of the Cosmic Code secrets during one of my UFO abductions on 08/11/1991 was a formidable “gift” and an obvious legacy, people read and feel only what their natal UCI dictate!

“Even more interesting is that Turi recently made a video in which he states that he received his Cosmic Code from the very same creatures that abduct people against their will, mutilate animals and took him as a boy without his consent.  Later in life Turi walked out on his wife and young family because of these same beings.  Now let us for a moment assume that all this is correct, are THESE the sort of beings you want to be associated with?  Cold, Machine-Like Sociopaths who have no regard for people or the damage they cause?  Indeed the responses here display the same cold condemnation of anyone who does not agree with Turi much more in line with the reaction of cult members than people who can think for themselves.  Worth thinking about.”

While many of my well intentioned supporters went to Ripoff Report website to defend me, they also get “crucified!”

Much of the comments left there have nothing to do about my services period!

‘The James Randi Challenge, yes or no?  If Turi passes the challenge we will write a full retraction and apology on this page.  What’s it to be then guys yes or no? “

Indeed I approached and wrote personally to “The James Randi Challenge” but they removed my predictions from all their websites, never took my invitation to talk on radio  and never answered my emails for years!

James Randi and Co In Denial!

James Randi Versus Dr. Turi – Have we lost God?

Furthermore; “As has been stated Turi responds to complaints not by answering the issue but by bullying the individual in his public newsletters.  One consistent aspect of his responses is the repeated statements that the individuals concerned are “Mentally Ill / Insecure / Prone to addiction”.  Remember this.”

The reality is Turi responds to attacks and vitriolics on the Internet by stating….

“Over sensitive envious souls who takes my direct approach to life and brutal honesty personally while missing the essence of my teachings and true predictions suffers both inferiority and insecurity complexes.”

And the obvious reactions the sub-humans born with a latent UCI is predictable!

The “Anonymous” cowards will never fully divulge their names because they are no clients, no students, nor patients of mine but lead by fears, insecurity, inferiority complexes and jealousy! – Turi – Crimes against Humanity – I concur. This man must now be stopped.

Indeed  – “I sense a personal attack against Dr. Turi” is a factuality anyone can detect reading all this junk!

I would like to voice my concern and objection at the manner in which the same report from the same individual about Dr. Turi is being repeatedly re-cycled on your website. I was under the impression that all reports are treated with the same degree of merit.

And that merit being once a complaint has been lodged against a person and represponsesoth for and against the report have been received and published, that matter or issue should be finalised and closed. Unless of course another issue against the same individual is raised again by another source.

But in the case of Dr. Turi, I am beginning to sense that his character is being targeted here and that there’s deliberate attempt to discredit him as a person and what he does.

The fact is Ripoff Report Website is designed to offer both real and fabricated victims the option to tarnish anyone credibility and suck money to clear your name and services. I received a few emails offering me that option for an exorbitant price but why don’t it do it because they take your money and nothing gets removed? The person running the site is also known to be a con  artist. Because those who only read titles and never investigate my work properly are part of the gullible “human animals”  who could never grasp the veracity and legitimacy of my work and will never ever become clients of mine!

Smart people know better and will take the time to read my real and supportive endless endorsements, and this is why I use Jesus’ words, or Matthew 7.9 quote  instead “Do not give what is holy to dogs, and do not throw your pearls before swine, or they will trample them under their feet, and turn and tear you to pieces.

Indeed my work is not for the feeble minded but the more refined, curious evolved spiritual human beings…

My work speaks its reality by itself but as a Leader of the Mind, and a legitimate “Soul Doctor”  but the “Evil Souls” UCI “Unique Celestial Identity” is not psychically or intuitively developed enough to acknowledge my work!

The inborn rational mental process makes it impossible, regardless of all my efforts, to grasp the reading, and they go on rampage! Others greedy sub-human, will simply lie and use the credit card bank system to get their money back and get something for free! Since 1991 I have seen it all, dealt with so many people but the less evolved human being can not be reached, nor pleased regardless.

I usually anticipate trouble looking at a non evolved UCI, but I can not help myself to give my best shot! But as a rule, those born egocentric souls are ill fitted to accept the undiluted truth about themselves and would rather me, elaborate on their virtues than their obvious sins.

I’ve tried in the past to clear my name “Ripoff Report “Dr.” Louis Turi False Complaints” on my own and trying again today but, we all know, its another waste of my time; at least for the sub-human!

All I can do is to prove them wrong with a predictive work that becomes impossible to deny while building more trust and wisdom for those supporting my mission to bring back God cosmic Divinity and free humanity from fears and ignorance!

Six dead in Pennsylvania shooting spree; police say gunman, who is believed to be related to victims, is on the loose.

Blessings to all
Dr. Turi
Listen to Dr. Turi last radio show with Christina George 11/12/2014 – Wait for the show to start Pls