Teens trained to spot drama before it turns dangerous? A total waste of time! 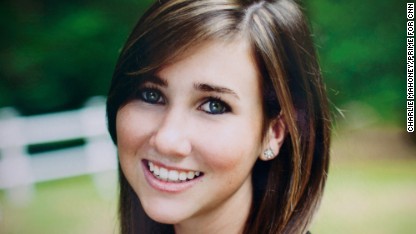 Teens trained to spot drama before it turns dangerous?

“After weeks of ignoring Lauren’s texts, Nate, (Nathanial Fujita) 19, finally agreed to meet her on July 3, 2011. The next day, her body was found in a marsh about five miles from his home. He had strangled her with a bungee cord, stabbed her multiple times and slashed her throat. Her body was dumped in a nature preserve he knew from science class.”

But why would I call the “cosmic unconscious” Lincoln-Sudbury Regional High School’s Mentors in Violence Prevention team a total waste of time? Because, sad enough,  none of them ever heard of the science of Astropsychology and the majority will assume first then dismiss me right away!

“Its a miracle for curiosity to survive education”

The kids will observe any weird behaviour from anyone and, as suggested report to their teachers but, nothing will be done in time because the police won’t make a move until someone is hurt or dead. In fact the police will make you wait 24 to 48 hours if anyone disappear before looking for the missing person giving the killer plenty time to escape or plan to avoid justice.

In fact the idea behind the Mentors in Violence Prevention team does more damage and makes all kids obnoxious and fearful of each others and all they have left is themselves and pepper sprays because they are not allowed to carry real weapons.

As mentioned a million times before, more security guards, more electronic surveillance and more retired cops volunteers may dissuade a lost soul but will never stop any killing, as proven in this deplorable case.  But what the parents, kids, teachers and  the Lincoln-Sudbury Regional High School’s Mentors in Violence Prevention team do not know is the cosmic make – up or the UCI of the students themselves and the very specific crucial timing making ANYONE of them, vulnerable to the Scorpius Draconis deadly pull! Worse they have no idea of the very specific  “Cosmic Biorhythms” or the tragic crucial timing making them so vulnerable to act out, neurotically, subconsciously their natal karmic UCI!

Once the rational, logical educated skeptical born human being bypass its own psychical limited perception and accept the human mind’s connection to the subtle cosmic scheme, this crucial timing will be exposed. And with it any students’ vulnerability to turn into a killer.

Let me explain, I am sure many of you, including myself were dropped and hurt emotionally, but this does not mean like Nate, we decided to kill another human being. We all, at least to a certain degree felt the anger, experienced the pain, the ego bruise and in some case revengeful feelings… But the ugly head of the deadly MONSTER did not show up BUT WHY, in Nate’s case he did and decided to kill Lauren?

Think for a second, what was the trigger, what was going on Nate’s psyche or any past and future killers? The million dollar question our “cosmic unconscious” scientific community has been enslaved to uncover to stop the carnage. Fortunes have been invested (wasted) in ridiculous researches where a new gene must be responsible. The same gene that produce gays and lesbian, a bully or the logical explanation for a child suffering ADHD!

Remember I wrote about all topics mentioned above, if you want to know more, simply Google the word gay and add my name dr.turi behind it and do the same in all your Google requests. But when your own President Obama is himself cosmic unconscious and wasted $100M on such an infantile science how can your children not become monsters?  You may want to know about Dr. Drew and Dr. Turi or wonder about my education, you may wonder about Mother Earth, or you may want to know more about NASA agenda. Google it al its there on the Internet waiting for you.

While I was born ADHD and ‘expulsed” at the age of 14 years old from school I already knew better then, than all my teachers and the difference between education and intelligence… Yes today, at 63 years of age I had time to experience the incredible and  fulfil my unique education, because it was all written in the stars from the first breath I took when I landed  on this dense physical world! While the majority of links are live for my VIP’s some are public!

I repeat myself readers, science and humanity have distanced themselves from the spirit, from the divine, from the cosmic code, from the Universal Mind  and challenging the creator with numerous ridiculous psychological researches will never work! Your children are going INSANE because the system is set to STOP them to drink at the cosmic source of wisdom that would allow them all to auto analyses themselves properly and learn at an early age to apply their will to battle their karmic UCI!

The teachers themselves are cosmic unconscious and  ruled by an inefficient cosmic unconscious US Department of Education that does not provides the spiritual “cosmic” information your children desperately needs to recognize, control and  remove the “monster”  lurking in them. The assistance, the services including funding opportunities are NOT available to Dr. Turi because my supremely advanced work on the human psyche is too controversial and perceived as “pseudo-science” only.

If you think dogmatic, archaic, falsified religious material or a daily dose of love only will allow your children to combat their inner psychical destructive karmic drives you are delusional… Your child must swallow 2000 years of human evolution in a “scientific” oriented world where exploring oneself within the cosmic regulations is non existent. While hard general education is a must to the children to become successful in life, where is the cosmic conscious teacher telling them all about the essence of their own existence? Kids are a pack of hormones about to explode at any given time and in the eternal battle between emotions and logic, emotions will always win!

Your kids are lost, they want to know who they are, where they come-from and where they are going, outside of a speculative rigid science (a fish/evolution) or religion (the rib of a man.)  The greedy, controlling  Illuminati  eradicated, manipulated then controlled early religious information that brought humanity to its knees by replacing the 3 wise men’s cosmic message/teachings which was the base of Jesus mission to introduce us to “Our Father in the Heavens.”

Such rare wisdom offer power and control only the rich privileged selected to use at their own conveniences and advantage. Please if you did not yet, read” The Secret of the Dead Sea Scrolls” and accept the fact that all the Popes (and all religions) since then, made a good use of the Cosmic Code and the signs and will do all they can to keep you away from God’s true identity.

If this rare wisdom is good for them all, the Christians, the Muslims, the Jews and help them build their empires will you let me guide you back to God’s cosmic divinity and stop your children turning into monsters?

IS THIS WHAT JESUS HAD IN MIND?

THIS IS WHY YOU MUST SUPPORT DR. TURI

‘Monsignor 500’ Scarano was known as a priest with lots of cash. He was arrested with moneyman Giovanni Carenzio and Giovanni Zito, then with the military police, in a scheme to smuggle $26 million from Switzerland into Italy on a private jet to avoid customs and taxes.

Readers your political, religious, scientific and educational elites are all cosmic unconscious and will never ever be able to help you or your children, at least as far as gathering cosmic consciousness and the cosmic code jurisdictions teachings are concerned.  I am here to FREE your and your children hijacked spirits and kill the lurking monsters in many of them. Not a single kid should let his /her bottled up draconic deadly emotions destroy their life. Let them learn about it and offer them the option to control and override and kill the monster mentally before it takes over their mind and actions.

Its only at or just before puberty that your children should become cosmic conscious and apply their human will (or the part of God in each one of them) which is much stronger than the natal/hidden dragons, moons and stars… But how can they do this if the teacher is missing?

All religions used this principle to poison the psyche of your children at an early age and so did all dictators aiming for power and control… I have to use the same principle in order to succeed and I need you to understand it!

When is the last time YOU or your children went UNDER the stars and realize how you STAND  under the cosmic code? Once you do you will UNDERSTAND my crucial cosmic message.

In the case of Adam Lanza  killing his own mother first at home, then the school master then the psychologist then the innocent children speaks of a desperate “omen” a set of  actions that speaks volume about your incomplete educational and medical system failure! Read more!

No there are no accidents, only cosmic circumstances at work your rigid science has not yet uncovered!

With so much deceptive religions poisoning the human psyche last 2000 years, we are slowing building a society of agnostics, atheists and skeptical scientists alike who have lost the spirit and keep distancing themselves from the divine and God’s celestial will. This is changing if more people like me keep fighting to establish the balance between the physical and spiritual manifestations, and guess what, it may be a slow process but its working…

I started a petition in hope to attract the media attention then the financial support I need to start my first Astropsychology school and salvage the damaged, fragile psyches of all the current and future children. They have the right to experience love, respect, freedom and be tutored not to nurture fear of their creator in their understanding of being part of a whole celestial marvellous design. Famous cosmic unconscious tele-evangelists are also lost and in for the money only and could not care less about your kids psychical welfare, I DO!  So please sign my petition, my goal is to reach 1000.000 signatures but my real mission is to reach the entire human population and I can not do this without your precious help…