There is no introduction needed for Ian, one of the Coast to Coast am famous hosts who, like my friend George Noory shares his wit in his many priceless entertaining educational radio programs. But why would Ian pick such a title “How to Pray When You’re Pissed at God” for his book? What is the subconscious denominator for Ian (or anyone else for  that matter) to behave as such? As you know Ian, like all human beings walking this earth is under the jurisdictions of his own karmic natal  ” UCI or Unique Celestial Identity.” But with all the respect I owe him, like 99.09% of the world’s population Ian is unaware of his UCI and this lack of cosmic consciousness in no way should be interpreted as being intellectually inferior or perceived as an attack on the famous radio host!

Remember I have been writing since 1991, anything you need to read about, simply Google your question and add dr. turi behind  ET VOILA!

As a true “human detector” and an Internet opportunistic, I am fully aware that, there are no accidents, thus the people God  put on my path have questions and I have the answers…  I only use my Astropsychology expertise on all my Friends and Foes offering my world wide reading audience the option to learn more about the Cosmic Code jurisdictions, what it means to be human and how God speaks to his children!

God created the stars and the heavens for more than the sake of beauty, he gave them to use for interpretation so that you may lead a safer more productive life!

From Wikipedia – Prior to becoming a father, pastor and host for Coast to Coast AM, Punnett held many jobs before beginning his new career as a morning disc-jockey at a local radio station. According to a radio industry executive, Ian’s zaniness was inspired by people like: Wolfman Jack, Soupy Sales and Howard Stern. His ratings went through the roof, and his general manager loved Punnett. Punnett would do skits, tell jokes and would sing along with the records he played. After five years, Punnett decided to enroll in a seminary and eventually host Coast to Coast AM. In 2010, Punnett also published a children’s book, Dizzy the Mutt with the Propeller Butt. His second children’s picture book Jackula the Vampire Dog was published in 2011. His book, How to Pray When You’re Pissed at God is being published in April by Harmony.

Ian was born with a stellium in the sign of Pisces this mean his Sun, his natal Dragon’s Tail (past lives) and his Mercury (the mind) all regulated by the planet Neptune thus, like TV Evangelist Joel Osteen, (also a Pisces) there is no wonder why both men were lead to promote the good words of the Lord and became pastors.

Mystical and magical
Nebulous and changeable
I work my way up life”s rivers and seas
To my place at God”s own feet
I am PISCES, child of Neptune.

Read all about the Characteristics For Those Born In March

Both Saturn (career/public standing) and Jupiter (codification of thoughts/education) are located in the traditional rational sign of Capricorn and combined with the pull of  Ian’s Dragon’s  Dragon’s Tail Ian’s majority of past lives are feminine and this takes nothing away from his masculinity in this current incarnation.

But his criticism, domesticity, sensitivity, intuition and creative nature are part of his make up and used  productively in all areas of his life. Note Rush Limbaugh, Art Bell, Barry Young, and Mike Broomhead to name a few owns the same critical, down to earth well oiled gear box, attention to details type of  mental attitude. And that is perfect to handle the English language, to write, to edit and to deal / speak to / with the media. 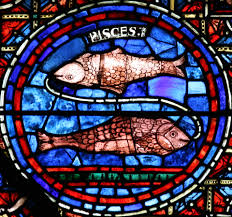 But there are two fishes, one swimming upstream teaching God upcoming new cosmic face and the other fish swimming downstream maintaining the absolute archaic teachings being removed steadily  by the progressive New Age of Aquarius. Note people like Einstein. Michael Angelo, George Washington including Dr. Turi were all born in the Pisces constellation.

Thus Ian’ subconscious psychical battles for the truth has started per say and somehow “Ask and you shall receive” is what transpired with us. Will he agree with a Divine connecting interaction  is something I do not know but there is no doubt in my mind!  He was lead by God to my work to get some of the answers he need and could not find anywhere else as to add to the pursuit of its understanding of the new face of God’s cosmic consciousness. Remember there are NO accidents, anyone, including my envious Internet enemies working endlessly to tarnish my reputation are robots of the stars ” Ripoff Report “Dr.” Louis Turi False Complaint.”

THE SECRETS OF THE DEAD SEA SCROLLS Pope’s final address: God was asleep on my watch! 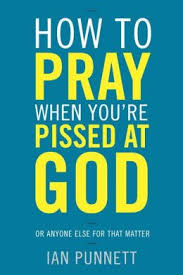 The fact the old Pope should read “How to Pray When You’re Pissed at God” and also this newsletter because both Ian and Pope Benedict don’t seem to be able to connect with God the same way I do! But I do so well as I translate his cosmic will for Ian (keep reading) and his celestial will daily to the world since 1991 to those willing or able to perceive his cosmic Divinity through my

Sad enough I did not read Ian’s work yet, and I really hope to do so soon because I am sure in some way God speaks through him too! But one thing I know is that, God lead him to me to gather some answers he needs to upgrade to a very new perception of God’s manifestation. I probably will learn a lot from his book but today as I promote his work,  I can only use my expertise and offer another Pisces soul the option to swim upstream. Only because like all Pisces Ian is like me born to become a Universal Teacher.

2013 — Dragon Forecast For Those Born In March

Personal: On August 30th, 2012, the Dragon moved from Sagittarius/Gemini into Scorpio/Taurus and will stay in these signs until February 19th, 2014. This new “Change of Guards” will stimulate all affairs regulating your 9th house of higher learning, religion, teaching, traveling, foreigners and your 3rd house of general communications and writing.

2013 Predictions: The new Dragon’s Head (luck/growth) will affect your 9th House of mental power where you will experience a new drive for learning, teaching, writing and traveling and if you work hard enough, many of your publishing wishes will come true. This impact may stimulate a new sense of perception and could bring a stronger drive for mental accomplishments. With it more work, more success, and more traveling and this could put some mental stress due to the mental challenges you will be forced in.

The new Dragon energy will stir a sense of well deserved intellectual success where the drive for new challenges will force you to travel far and fast. Souls born in March will be tested on how to keep mental harmony while educating others on spiritual matters. Indeed, 2013 could mark the beginning of a new thought process forcing you into hot debates with younger souls unwilling to move forward with you. The lucky Pisces will aim towards Cosmic Consciousness living behind archaic religious material, slowly being rewarded by climbing the ladder of mental recognition and publishing success.

The world is ready to listen to you if you are progressive with the New Age of Aquarius and promising future. Many souls born in March will be in intellectual demand, joining groups willing to listen and learn from them. Progressive associations and great opportunities will knock at your door. Pisces is a karmic sign totally dedicated to helping others, but it is by swimming upstream against the established deceptive teachings that success comes about. Adapting to the Universal Law of the Moon (see 2013 Moon Power), will help you swim up stream and synchronize perfectly and accordingly with the Cosmic Code jurisdictions. Remember this work, while proven accurate is dedicated to serve the reader objectively only.

Important note: This material is generated for the mass only and does not imply the complexity of a lengthy private session with Dr. Turi. The Dragon Forecast for those born in March, while proven accurate, is dedicated to serve the reader minimally and objectively. A simplified personal reading: “Full Adult Personal Report,” is an inexpensive and good start for you if unable to afford a “Full Life Reading.” Go to
http://www.drturi.com/readings for a full in-depth description of services provided.

JUPITER LUCKY TOUCH – In 2013 and all the way to February 2014, the great beneficial planet Jupiter (luck/expansion/protection/ traveling/foreigners/studying) will be cruising though a few signs starting
with Gemini until June 26th, 2013. Then on this date, the planet of luck will move and stay into the sign of Cancer in your 5th house of love, romance and speculations until July 19th 2014. You will then become a
magnet for foreign people and feel like studying with them. Jupiter’s luck will benefit you drastically by the house and signs for which the transit is taking place in. However, it is only through a professional, personal taped VIP consultation that the full impact of this great planet can be fully and accurately explained.
Being at the right place, at the right time, has a lot to do with your progress in terms of lucky breaks and opportunities … Jupiter will help provide those breaks. If you decide to move, the knowledge found in Astro-Carto- Graphy would become a serious help to your success (or your failure) in the new chosen location. Most of all, my latest discovery on “Your 12 months “Personal Lucky/Unlucky Dragon Window Dates” will become a major contribution for being at the right place at the right time. Keep this service in mind and give it a try — it works!

Watch this little video and do not be mad at the world either, instead help me with your positive thoughts because thoughts are things that changes the world…

If you are not happy its because you do not live your destiny! God gave human the stars and the heavens for interpretations so you may lead a safer more productive life!

Thank you for that effort. I shared it with my wife at dinner. As you may also have heard, I am moving to Phoenix in August to begin my doctoral studies in mass communications. I will read it again tonight and learn more. Thank you for this great kindness.
God bless, Punnett
DT – It seem the man is not only quite smart but also spiritually advanced and caught up in my message!  So glad I could help another Pisces soul to swim upstream! I have a feeling we will have diner together in the future…