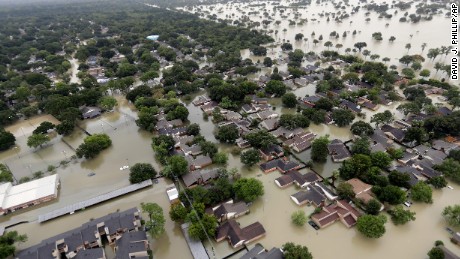 Memo from  “Here’s how the solar eclipse will affect the world! Predictions by Dr. Turi ”

How many of the thousands of people who read my article on August 20, 2017 recall  this sentence? “Be ready for one of the most shocking man made and/or natural disasters to curse humanity!”

I was right! I didn’t exaggerate but  like I did with Katrina’s prediction, the “young souls” will still deny the obvious. The idiots will say 6.0 quakes, hurricane Katrina and Harvey happens all the time…   Yet only a few of the thousands of people, who read my work were able to acknowledge my prediction.

Note also, my quatrain is irrefutable and to those who made notes of my visions and the published date (8/20/2017) offers more proof, of my predictive cosmic wisdom (feels more like a curse with the subhumans).

There really is no more precise way to put it, for the traditionally “educated” idiots, skeptics, atheist and religious fanatics, to wake up to the facts and realize I am a real modern prophet, who was born with a serious problem with stupidity!

Can you read Wasted Souls Drown?

Now, you should be able to associate this quatrain with Hurricane Harvey and drowning.

As I said before, only a dunce could never “connect” with my quatrains and obvious keywords…

READ AGAIN! “You should pay  close attention to  my next  two  SOS to the world deadly windows dates. The first one is for August 27th where I see another really bad natural disaster or / and a bad terrorist act taking place.

Now the morons, who have no clue of what I am talking about and what I did for 67 years and will assume that; I am  trying to make money with this tragedy, when in reality I WARNED people for FREE but  humans are not smart nor curious enough to make a good use of my cosmic work. Sound familiar? – Here’s how the solar eclipse will affect the world! Predictions by Dr. Turi

Furthermore, while this article got thousands of hits, it was removed by  another “reptilius,” religious fanatic or atheist  infected BIN moderator. Talk about giving my cosmic pearls of wisdom to swine, who do not deserve it and are only jealous of my expertise. 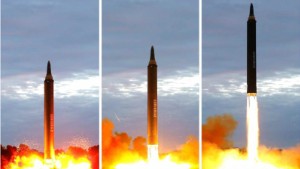 Yet the idiots will NEVER – EVER  see the obvious in my wide open, original Nostradamus divine astrology methodology, my obvious quatrain…Nevertheless, the  keywords used are too complicated for the unevolved, rational, pin-head brains.

While thousands of caring people are doing what they can to help the victims of hurricane Harvey, our friend George hasn’t invited me on C2C, so that like I did with Katrina, offer the listeners the option to be prepared for this disaster.

So called prophets, psychic and astrologer wanna be’s were invited on the show to talk about the eclipse, but none of them has or will ever be as accurate as I am. Now do not take my  confidence in my gift as an ego trip but instead investigate and heed my work! And most importantly, share it because the reptilius have invaded the body, mind and soul of all of those who deny or refuse to acknowledge a real modern prophet.

Memo: I”n any way shape or form, the only way my readers will be able to build more cosmic consciousness is by returning to this article after the eclipse and like I did countless times before, read the results of my claims! “

Thus for quakes above 6.0 WAIT for  September 3rd “because this eclipse  effect is still mounting and in motion until then! “

Memo: The reptilius will concentrate more on technology, air accidents, cyber attacks, large earthquakes, tsunami, volcanoes eruption, tornadoes, natural disasters  and nukes news on September 3rd!  Thus for quakes above 6.0 WAIT for  September 3rd because this eclipse  effect is still mounting and in motion until then!

Result: Its (not over yet!) – Yesterday: 6.3 magnitude earthquake near Pariaman, West Sumatra, Indonesia

Time for the world of science to honor the word science and  put their traditionally “educated idiotic pride” in their pocket  and consider using the cosmic code as a platform to serve the taxpayers more accurately! Because I can assure you only an infected  envious subhuman will not be able to give me justice and recognize my timing as undeniably accurate!  And that is because I am better than all geologists combined!

But while C2C radio is all about UFO’s and originality, a true  UFO contacted astrologer is ignored! Indeed a cosmic God has plans and unavoidable karma to all of those  rebuffing and ridiculing the light I own!

August 20th 2017!  (48 hours centering the dates is the maximum  effect, that will increase again on August  27th and September 3rd… This eclipse energy will take a  few days to be fully released)

Do not assume yet. Make notes instead and be patient, because if nothing transpires  during those deadly/shocking cosmic winds, I will stop offering my predictions to the public!

Even if I were to have offered the solar eclipse predictions (or my SOS to the world deadly windows) to the world, the majority would not have paid attention to my warnings. Because people aren’t advanced enough, nor willing to appreciate or handle the truth!

Indeed reasoning with a donkey is easier!

Years ago, I predicted Katrina two full weeks ahead of time and no one heard me… In fact, I am sure I had to refresh your memory and point out sentences like  “this eclipse  effect is still mounting and in motion until then!”  and post the awful results of my visions for many of you to pay more attention to my warnings.

This world has lost its spiritual values. Humanity has lost its connection with God’s cosmic divinity. And all that is truly spiritual has gone away and has been replaced by science, atheism and deceptive religions. Therefore, it seems humankind is seriously doomed because money, support, endorsement and trust is going to the wrong corporate organizations and  the wrong abusive, infected people.

True gifted people are ridiculed, ignored and laughed at, while all the evil souls enjoy killing the light. Incidentally, a true moron does not read nor investigate anything but assume. While a true religious or atheist  idiot will never bypass the title of my articles because fear or skepticism rule their limited senses.

Those who could support and spread the message are so afraid of the ridicule, so unworthy to be called humans, so limited in mind and spirit and would rather offer water, food, money to the victims than to help warn them of the reptilius disastrous agenda.

Indeed, humans have a very short memory. Only a few days ago, the entire world was watching the solar eclipse, yet as my warnings reached a few hundreds thousands; no one ever paid attention to anything I wrote.

I understand Nostradamus and his hatred for the church and the idiots who could never understand his wisdom… And this is why he wrote all about the end of the world… Because there is NO hope for humanity!

While I thought I could help the world gather  cosmic consciousness and use the creative supra-conscious in time and space constructively… Best selling books like”Harry Potter” will always beat non fictional books like mine, exposing the cosmic code secrets on how to live a safe and productive future.

Pay attention and warn others…

I kept this exchange to prove a point  check the group…

Regarding the earthquake in Italy. The magnitude was actually common for the area, but the impact was unfortunate, a combination of bad building stock and geologic amplification, however in regards of earthquake prediction a M4 in that region is negligible.

Our blind test was successful that not a single relevant prediction came true and that the eclipse did not trigger any major earthquake beyond the average daily activity (Italy was also out of the eclipse affected area).

Andreas Schäfer You are missing the forest for the tree Andreas! Be more objective… The test has proven to be irrefutable if you take the time to read ALL the predictions pertaining to the quatrain and key words used and all the collected “shocking” news. This include the 6.4 magnitude earthquake near Levuka, Eastern, Fiji August 18 2017 7:00 PM)

Note I gave the exact date of August 20th a months ago which falls in the 24 hours period given (time zone)! The effects of an eclipse last weeks not a single day! Now check my next windows for terrorism August 27th my work is universal and do not stop at natural disasters! . The next window for large quakes is for September 3rd. You need to READ all the article content to grasp my windows methodology. Talk again after those date OK? Thanks for keeping the talk going, you need more time, be patient, you will get it!

September 3rd – 2017 make note and come back to read the rest of  this solar eclipse predictions!