“The most beautiful thing we can experience is the mysterious. It is the source of all true art and all science. He to whom this emotion is a stranger, who can no longer pause to wonder and stand rapt in awe, is as good as dead: his eyes are closed.”  (Albert Einstein)

First, my heart goes to all the people touched by yet, another predicted tragedy and I am not “pushing” my business using the victims’ premature deaths! For anyone to even assume I would behave in such a way reflects the idiocy plaguing those who never read nor investigated my cosmic work!

Opinion: Why Americans don’t do anything about mass shootings?

So what’s changed on the federal level? –  Nothing did and nothing will change because they do not know what’s going on! And real help is ridicule and rejected.

In Memory of The Sandy Hook Elementary Shooting Victims – YouTube

All I can do is to once again repeat myself by pointing out all the people responsible for not helping the children, particularly the young degenerated infected killers! Without cosmic consciousness and tons of resentful emotions only the “beast” will be blamed for killing so many innocent children!

But in reality, in their ignorance, deep religious convictions or scientific rational indoctrination all incurious adults are responsible for yet, another deadly act!

Starting with the pious or atheist parents at home, all the way to the top of the US Department of Education Elites in all our colleges and universities; religious fear, skepticism, atheism and the fear of the ridicule are all the ingredient making up the true recipe  for cosmic unconsciousness and such universal imbecility!

And this includes the Federal Bureau of Idiots who could never behave like real detectives with me if their lives depended on it!  FBI visited Dr. Turi again, following Paris Terrorists Attack Prediction …

And all of those “friends” on radio and television who ignored us and the children have joined them in a mad dance that will never stop.

Memo from 37 children have died so far, the reptilius are relentless!
It amazes me how over emotional, over stressed and devastated parents will always find refuge in a god that just took their loved ones away!
This tells you the lack of critical thinking missing in those religiously poisoned lost souls who MUST find the mental strengths to cope with such a tragic loss…
All the while, not knowing, because of their religious indoctrination (or educated skepticism)  those parents are responsible for not seeking the real cosmic answers outside of their “secure accepted zones” and serious lack of curiosity…
Even if, those god fearing or atheist people were to watch my show with George Noory, they wouldn’t know how to educate their children outside of their scientific or religious convictions…
But seeking God’s cosmic divinity is only for spiritually advanced human beings, or the “Super-humans” and those people are indeed very rare!

Prophecy & the Cosmic Code with Dr. Louis Turi –  Feedback
The purpose is in the stars!
The reptilius are after children because their fragile developing psyche  is an easy target! Those nocturnal entities first poison their victims with drugs and alcohol inducing serious spiritual degeneration (or depressions!)
In some cases, they will use food, vices or sex and then the infected sick souls are manipulated to  abuse, hurt or even kill children.  Family seemed strange, but no one suspected child torture.
As long as the religious and scientific matrix monopolize the information and indoctrinate the masses there will be no end to humanity degenerative psychical disaster. And more children degenerated, infected spirits will behave robotically in favor of their invaders.
In fact, those school mass murders are becoming the norm and most of us are expecting them regularly and the American people ares already desensitized hearing or reading about those horrific news. I wrote the same words in many articles trying to reach parents and their children. Yet since 1991 no one has reached for the ultimate answer I own.
I spent a good chunk of my life (since 1991) trying to warn the public at large about the reptilius agenda in my lectures, radio and TV shows! Yet, I finally realized  my efforts served no purpose… Especially when after warning you for months Facebook,  like Google, LinkedIn, Wikipedia and so many other popular networking websites kicked my butt!
And while all the pages I was forced to open are still visible, I can not post nor edit any of them or even use the option to reply to anyone. I am also unable to post on the many groups I joined!
I knew my infected internet enemies subhumans would never give up until they managed to mute me once and for all… All we have now is the cosmic code and my blog linked to my website www.drturi.com
I understand how incredible and far fetched my cosmic teachings are, however unless you and your children upgrade to a higher level of cosmic awareness by mastering the ”  Soul of the cosmos“ those killings will never stop and will get much worse with time, even if you take all the guns away!
It is a spiritual, psychical degenerative problem imposed by an infected corporate Iluminati who must put their nefarious products before your children. The reptilius have infected them all and those wealthy, powerful, greedy people are slaving for the reptilius.
The pharmaceutical corporations are making billions every years and willing to lose a few millions through legal battles because they are still making BILLIONS!
The scientific matrix must entertain you with people like Neil Disgrace who can only perceive the cosmos rationally as a dark entity while knowing nothing of the Soul of the cosmos.“  They must survive by making you believe one day man will walk on Mars!

The religious matrix MUST keep your fear of the unknown and stop your curiosity to uncover God Cosmic Divinity for without your support the Vatican corporation would disappear!

You can pray a man made god for ever, unless you learn to speak and UNDERSTAND  its cosmic language in no way can you communicate with the Divine!  When I lost my 15 year old brother Vincent I swore on his grave that I would find out WHY God took him away from us all. And I did but how can I pass on 68 years of my cosmic wisdom in any of my articles?

It is so much easier to ridicule my work and fall back to the religious or scientific indoctrination you and your parents are cursed with… But because society is cosmic unconscious does not mean parents and children can infringe the cosmic code rules and avoid the heavy penalty induced by such universal  ignorance!

And this is what’s going on… Humanity is totally oblivious of those nefarious entities hijacking the body, mind and souls of every single human beings living on planet earth! Again readers, the reptilius are cosmic conscious and use my SOS to the world deadly windows and while I have tried for years to educate my readers through my cosmic work, unless it is done universally and taught in all colleges and universities, humanity psychical degeneration can not be stopped!  6 teen suicides in 6 months, the reptilius at work!

My various quatrains and obvious keywords prepare our VIP’s for various dangerous cosmic winds that will transform or translate into the news. And it is NOT everyday that this type of shocking news At least 16 dead in Florida school shooting or quakes at or above 6.0 plague the media…  7.2 magnitude earthquake near San Agustín Chayuco, Oaxaca, Mexico –  6.0 in San Jose Village, Tinian, Northern Mariana Islands

This is where our VIP’s realize I am CNN before CNN. Note: February 2018 SOS deadly window dates… was Posted by Dr. Turi on February 8, 2018 at 5:10 am in Cosmic Coders Only – Or a full week before today’s expected tragic shocking news…

The reptilius are after  FAMOUS PEOPLE  and your children! 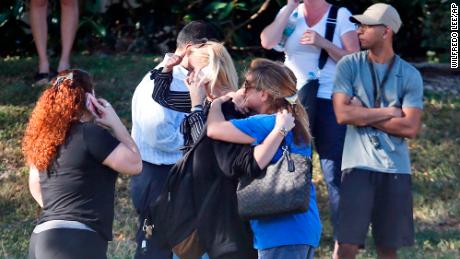 Satellite image of Ebeko volcano on 15 Feb 2018
Read more on  how this SOS to the world deadly window affected me (and you) at a personal level! Being cosmic conscious means you should be able to associate with those shocking, unusual cosmic winds and realize how you have been touched personally!
And if you think you did not, you are wrong because by reading what happened to ME personally, you experienced a surprise and learned a few things about the cosmos and astrology today! Exactly what the quatrain and keywords prepared my VIP’s for!
The only practical way for you to build more cosmic awareness and anticipate the future is by reading the signs Terania and I translate every first of the month through various horoscopes.
Join us  today!

“Knowledge is power, ignorance is evil! God created the stars and the heavens for more than the sake of beauty. He gave them to us for interpretations so we may live a safer more productive life! “

Email teraniapromodir@gmail.com to schedule your appointment and before ordering please read some feedback from  our  students and clients

A chance to check on my perceptive gift is offered to you so you can be sure you will get the best guidance and predictions available! I’LL TAKE GOOD CARE OF YOU!

Please learn more and select from the other consultations that Dr. Turi offers: