IMPORTANT ANNOUNCEMENT TO THE GENERAL PUBLIC

I am called the King of spam for offering my pearls of wisdom for free to the public, and this put me in a position of endless attacks by the “Sub- Human” who will never in a million year appreciate nor perceive my total dedication, concern and outstanding FREE service induced by a UFO cosmic legacy  that followed me since age 7.

Instead, envious souls trash me regularly and those people never read nor spent any time checking my claims. 6 Dark Days Ahead NOW Read the full story.

Thus I come to realize this world is lead by an unstoppable evil force and, at nearly 65, I find very hard to keep giving my pearls of wisdom to so many undeserving souls… But there are also thousands of “silent supporters” in need regenerating their spirits reading my work daily and this makes it difficult for me to stop serving this world unselfishly.

But looking at my Facebook page, it seems many of you openly and frankly show their real support and LIKE  a man that works his ass off everyday to serve them unselfishly!

I keep offering more and more deals only the wise minority can benefit in my “shocking” warning from my latest SOS To The World – Will Isis Rule The World? Pay attention to my predictions and be prepared!

I understand the God fearing lost souls and the atheist born better than themselves and their attacks are meaningless and anticipated. After serving the public since 2000 on the Internet, if I had a dollar for everyone of those acidic remarks, I would enjoy a great retirement in Florida…

But the purpose of this article is to bring the newcomers wondering about my “August SOS To The World”  veracity,  back in time to July 11th, 2014 and read it for themselves!

But what is saddening me, my latest post there ‘UPDATED – Dr. Turi’s Predictions Unfolding Endlessly – Obama Impeachment – August 13, 14, 15 NEXT SOS To The Wold!” received tons of attention but no a  single endorsement… Yes this is the price I have to pay for giving generously to so many selfish souls who would not spend a second to click on “Recommend Contributor.”  Yes after working endlessly hours for months I have only 24 endorsements…

This tell you the type of world you live in, where the majority of people are concerned consuming your mental ingeniousness at NO reward at all… And these young self absorbed souls expect good karma, good luck finding emotional, financial and spiritual stability.

But this is the rough, struggling public expected response and in this pool of human, those who are ready and above the norm intelligently, will be “saved” and all they need is more time before reaching to the cosmic Code, join my Cyber Cosmic University, God cosmic Divinity and enjoy my services…

But they are other people who I helped me greatly in the past (George) and those who will never budge…  Here is a Memo of another article posted to all my VIP’s, LinkedIn, Facebook, Twitter, Google and many other popular websites. Furthermore, I am so confident of my gift that on July 7th, 2014 I emailed it DIRECTLY some people in the media!

Memo; “Hello my friends and skeptics I decided to offer you a solid sample of my unique work and how a cosmic God speaks to me through the signs. This email has been published to my worldwide audience and posted on all public media. Please pass it on!”

I asked Scott and Glenn Beck at the Blaze to publicize my warnings as to save some lives or prepare the world for shocking news but, as usual not a single answer then or NOW!

HOW CAN THE WORLD KEEP IGNORING THE OBVIOUS FACTS OF ALL MY DATED PREDICTIONS! WAS THIS DRAMA “SHOCKING” ENOUGH FOR ALL THE SKEPTICS!

THIS HAPPENED DURING MY “SHOCKING” WINDOW HOW MORE PRECISE CAN I BE? – Explosion?

This undated photo provided by the Brown family shows Michael Brown. Michael Brown, 18, was shot and killed in a confrontation with police in the St. Louis suburb of Ferguson, Mo, on Saturday, Aug. 9, 2014. (AP Photo/Brown Family) 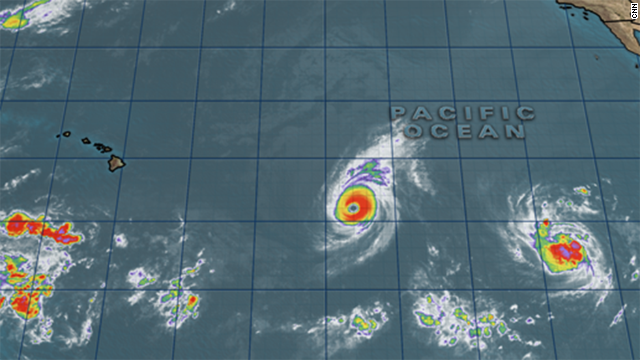 Did any of these men made note as suggested or noticed the double RARE weather system in Hawaii, the shocking death of Robin William ON THE EXACT DATES or any of the major shocking news that took place during August 9/10/11 window?

Or did they to this day ever read the results and check my claims?  Will Isis Rule The World? Pay attention to my predictions and be prepared! and finally grasped the facts?Here is the article sent to them all personally and posted to the world! 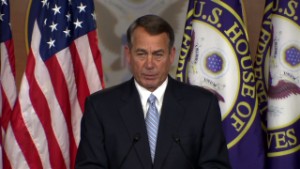 Boehner: Why we must now sue the President

“Too often over the past five years, the President has circumvented the American people and their elected representatives through executive action,” House Speaker John Boehner writes.

MEMO FROM  President Obama, Asia, NSA the US Fate and Nukes Predictions

“I am particularly asking the skeptics, the atheists, the agnostics and the scientific community, including ALL security services in charge of our President’ safety to make a note of this August 9/10/11 2014 SOS to the World window and the dates offered because then, nature will also speak of her destructive powers.”

By the way I was fired form this Facebook page, Maureen Elsberry any surprise? I guess posting  UFO LEGACY! and offer her readers real PROOF of my UFO  predictive legacy. Meantime the obvious results of my August 9/10/11 SOS to the world window was too much of a challenge for Maureen (and everyone else) to deny!

Interview W/ UFO Journalist Maureen Elsberry, She tries To Convince Double J that Aliens Exist And Her Opinion Of Roswell. Maureen is a reporter, she is not dealing with ET’s nor see a UFO directly and instead of looking like an idiot on You tube, she should have referred Dr. Turi to Double J.

I would have given this radio host the same opportunity offered to her and her Facebook audience by giving DATES and Predictions that can not be challenged! And at the same time offer Double J. the solid proof of my UFO “legacy.”  She wasted a good opportunity avoiding real people dealing with real UFO!

What is so devious is when she mentioned “there are definitely something involving some people that SHOULD be investigated!”

Alejandro Rojas and you Maureen my dear LIBRA friend I am still here in Phoenix, near you Hun, but do I really need you and Alejandro “Open Mind TV” when you and your producers are so close minded with me?

Here is the section offering her and her audience  a challenge involving the undiluted truth, the proposed test and she fired me for it on August 11th – shocking isn’t? no really… Nothing surprises Dr. Turi! But will the pressure and attention my article generate force me back on her website and expose the truth about my UFO predictive legacy? Time will tell…

Memo – ” It is simply abominable to have so many readers from all walks of life in a position to help me and yet, since 1991 my claims are still rejected by the police, by the administration, by the US department of education, by the UFO community and 99.99% of a religiously poisoned  and atheist world.

UFO experts from all walks of life have so much to offer to their audience but my UFO cosmic legacy makes me quite different because I own something solid, not just windy words. For this I am rejected by so many UFO organizers, for exposing the truth about them and so many of my “Friends and Foes” and for unarguably predicting the future.

Anyone can talk about UFO, there are so many books, so many UFO YouTube videos but many of those experts never saw or dealt physically nor felt the anguish of being “cursed” with a cosmic legacy.

But as soon as you are special, or unique and show real “magic” powers, be sure to be ignored! No I am not the Grand Son of Eisenhower and I have no name, nor fame to benefit to build a career.

Just the opposite in fact because when I arrived as an illegal Alien in 1984 I was homeless and totally destitute. But against all odds and all my enemies, Dr. Turi speaks and own the magic left by 4 UFO experiences they could only dream about!

The REAL “International UFO Congress” Creator Bob Brown  loved and knew the real Dr. Turi but unlike the new egocentric Phoenix based management dealing with real UFO cases like mine are meaningless!

My connection with Bob’s family was very close and personal, very real and their motivation not only financially oriented. Indeed those who pretend to know about UFO are the least knowledgeable of the matrix they run and control!

I am soon to retire and may move away from the US and I have my own cosmic reasons to do so, something I may have divulged to the audience and save so many lives, had I been invited.

But God decides not me, my talent, convictions and assurance is perceived as an ego trip by those who feel beneath me in the world of Ufology! In all the affairs of this world, the sub- human – psychically underdeveloped human being will always show its insecurity/inferiority complex by removing Dr. Turi from the real competition.

This is how Hitler and so many power angry Plutonic souls behave, kill the opposition before it surpasses you and others in a UFO field where I can bring so much to the future of humanity!

“When a true UFO contactee appears in this world you may know him by this sign that the dunces are all in confederacy against him” – Dr. Turi

“Time has and will always be my utmost trustworthy reliable witness”  Dr. Turi

So here is the warning I am offering you all today, July/06/2014 And when all unfold, remember they are REAL people touched by a UFO agenda and those are given special predictive powers! And real people  with real UFO “abductions/connections” are extremely rare, especially those who can not be denied anymore! These people should be given a voice and not removed from the public awareness…

MAKE NOTE readers PLEASE! BECAUSE THIS MAY BE THE LAST TIME I OFFER MY COSMIC WISDOM TO THE PUBLIC!

THIS HAPPENED DURING MY “SHOCKING” WINDOW HOW MORE PRECISE CAN I BE? – Explosion? 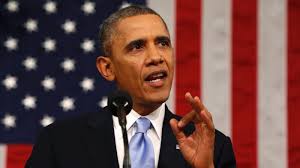 DR. TURI PREDICTIONS ON OBAMA’S FATE AND THE  USA

Update 07/10/2014 – GOP: We’ll sue Obama … for this  – The Republican-led House is expected to vote on a resolution authorizing legal action against the President over Obamacare at the end of the month, just before lawmakers head home for August to campaign for midterm votes.

JOIN THE COSMIC  CODE ITS CNN BEFORE CNN!

L’oeil Du Droit A La Force D’Airain listen to my latest radio show, check the next one

Become a VIP, join us, be smart, be warned, be guided, be protected, learn all about the cosmic code juridictions, Dr. Turi is CNN before CNN!