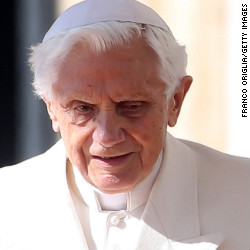 In his final talk in St. Peter’s Square, the pope said there were “times when the water was rough,” but God will “not let her sink,” he said, referring to the Catholic Church.

The Truth Behind The Dead Sea Scrolls

All I can tell you is; the Pope made a prediction ” but God will “not let her sink,” that totally clarify and validate all that I wrote for my VIP’s in ” Pope Benedict XVI “Killed” by the Scorpius Draconus” – The full article is non public and posted on the   Cosmic Coders Only  GROUP.

Building Cosmic Consciousness is the only way to see, hear and speak to God because regardless of what the Pope said, God is never asleep… His comment speaks of his OWN cosmic unconsciousness and why the Pontiff himself can not see or hear God!

This is how you will get closer to God!

ELEVATE YOUR SPIRIT, ASK AND YOU SHALL RECEIVE

The question now is, once you read my “visions”  knowing my undeniable record of predictions, who would you trust with what will happen to the Church Inc and what’s next for the world? The Pope or Dr. Turi? Where are the Pope or any religious leaders’ predictions? 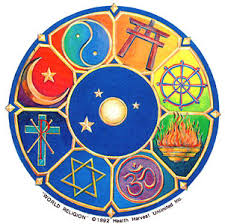 Point out in any of those Neptunian religious archaic man made teachings your daily guidance, personal or universal predictions for the near of far future? Moon Power does it all and its all coming from the signs, the cosmic spiritual essence of the creator I undeniably translate for you every day!  This mean I should be the next Pope because I am much closer that he and all the famous cosmic unconscious representatives of God on earth! Yes my Moon Powers books are the real thing and it took me only 63 years of my crazy extraordinary life to reach, understand, translate and share what God is all about with you! Yes life (and religions) is a constant process of changes where the old must give room to the new where Ages must expired as ordered by the Cosmic Code or God’s universal will!

Remember the Scorpius Draconus’ purpose is to WAKE YOU UP, not only the Pope and the Church Inc. of its impending fate!  I can not make this cosmic code newsletter public because 99.09 % of a religiously poisoned world is unfit and so non ready to hear the truth. Freeing your jailed spirit from two thousands years of mental manipulation and controlled information is the end result of  a supremely wealthy, controlling, abusive Illuminati group that can only be altered and\ stopped by God’s will only. Only curious souls willing to cast aside their fears ready for the truth will join  the  Cosmic Coders Only, others will need more time to join as they get acquainted with the thousands of articles now available to them.

Did you read my premonition / predictions about sex, the FBI, the mobs and the Scorpius Dragon yet?  It seem again I am indeed CNN before CNN and the Scorpius sexual, dramatic deadly news are still poring in..

After reading the real reasons behind the Pope forced “dismissal” and my visions/premonitions all you have to do is to wait and see because, the future has and will always be my utmost faithful witness…  Again reader it is not easy nor enjoyable for me to write that those who represent God on earth or any other God’s experts are the least knowledgeable of the true celestial identity and divinity  of the creator!

Back June 10, 2010 I wrote “The Cosmic Code, the Torah Code and the Bible Code” witch clearly enunciate ALL dogmatic archaic man made religions are doing  or offering nothings of any spiritual values or prediction to humanity. My yearly publication Moon Power has much more values in terms of solid guidance and unarguable predictions because I own cosmic consciousness and translate the signs accurately.  Something God has enslaved all his children to uncover…

” God created the stars and the heavens for more than the sake of beauty, he gave them to us for interpretations so that we may lead a safer more productive life!”

In fact I offered curious souls all the explanations and more predictions in “Dr. Turi and Santos Bonacci on the Secrets of the Universal Mind” and will do the same in all my upcoming radio shows.

Tonight on the cosmic code radio show I will elaborate more on the Pope, the end of an age and what the future holds for humanity! 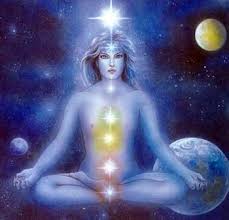 (928) 310 – 1700
On FriNite, 15 March 2013, Spiritual Image Production’s (SIP) “Golden Age Psychic Show” will be returning to Relics Restaurant & Lounge for the first time in nearly three years for its Three Year Anniversary.  On 5 March 2010, the online/offline psychic show hosted by Andrew Aloha, began airing the outreach program to people all over the world.  It presently reaches more than 30 – 50,000 people, mostly California,Arizona and New York, with many of them who continue to return for advice due to the quality of services rendered.  Since 2010, Spiritual Image Productions has aired more than 250 shows and has had more than 117,000 listens of those shows.
SIP’s event will be featuring Psychic Mediums Dr. Louis Turi (Phoenix,Arizona), Dr. Martha Reed (Phoenix, Arizona) and Angel Asor (Fountain Hills, Arizona) who will be doing FREE mini-psychic readings in person for Paid Guests from 4 – 6 p.m., while Neil Baker (Los Angeles, California) will be doing them over the phone.  The show will be from 7 – 9 p.m. whereby both guests in person and over the phone will be given FREE mini-psychic readings during the show.  Please arrive early, there will be limited seating.  Tickets are $15 online and $20 at the door.  For more info call