The predictive legacy left from five solid UFOs experiences is undeniable and the commissioned MJ12’s purpose is very real!

“It is now common for media reports to mention a ‘child mental health crisis’ with claims that anxiety and depression in children are rising to catastrophic levels. The evidence behind these claims can be a little hard to track down and when you do find it there seems little evidence for a ‘crisis’ but there are still reasons for us to be concerned.”

If the majority of those researches and findings are still elusive, it is because the scientific matrix writers are trying to avoid inserting panic into the general population. Indeed there is a serious crisis and you should be very much concerned!

The fact is; the reptilius mental and physical universal infestations curse children, teens and adults from both genders all over the planet and denying my warnings and predictions serve no purpose.

A death rattle every 19 minutes 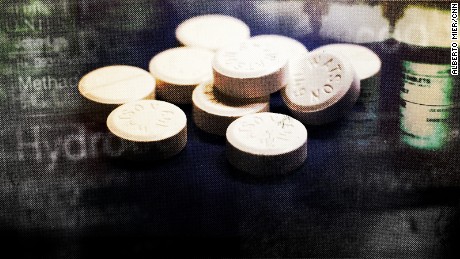 Neptunian born doctors like Gupta would never be able to consider my extraordinary claim when he was born himself a pot head. Astropsychology / Astroforensics does not lie and exposing the truth character of “Friends and Foes” is my forte!  Dr. Sanjay Gupta First Legal US Drug Lord?

He and all  the educated skeptical souls could probably never accept the fact I represent and realize my visions as being true. My quatrain below depict the future I saw nearly 4 years ago shouldn’t be too hard  for anyone to assimilate.

However, instead of supporting the reasons and the solutions I own, your  city would rather spend $63M to build another high school “reptilius” stadium!  People from all walks of life are losing it and some are forced by the reptilius to perform abominable crimes…  Poison sprayed in grocery stores – Venenum Poisonis Mad Spiritus.

Celebrities are poisoned by their infected doctors and committing suicide at an alarming rate… Prince, Ashley Sawyer and a Reptilius Infected World while millions of millennials are confused and struggle just to stay alive!

I certainly understand why the majority of my readers would rather ridicule or ignore such terrible reality, but in no way will today’s science realize or accept the fact, they are all infected.

Your children are being poisoned physically by and psychically by the reptilius.

Remember I am not a psychic, I am a soul doctor, a spiritual Healer, a cosmic teacher and a modern prophet! I do not pretend to “predict” anything, I only translate the hieroglyphs of the Universe because I have learned how to read the signs and speak God Divine cosmic language. And you can do the same!

What, ET’s poisoning the human mind? This type of reality can only be coming from the imaginative mind of a potential block buster movie writer, but is it fact or fiction?  I am well known and hated to write only the undiluted truth and if you can not accept the fact that a benevolent ET entity  within my spirit  speaks  through me, that is your prerogative. Nevertheless, it is the truth!

Not many pious souls know the reality behind the words, “Fallen Angels!”  Instead of fearing me or accusing me of being possessed maybe they should realize that Fallen angels have a long story of progressive abductions, transforming into highly spiritual human beings.

All are commissioned by the Galactic Federation Grand Cosmic Order to fight the reptilius with the Draconis and rebel against all false man made gods.

The predictive legacy left from five solid UFOs experiences is undeniable and the commissioned MJ12’s purpose is very real!

Part of the mission is to seek and teach the truth to bring humanity back to the accurate perception of God, being nothing else than an eternal, universal cosmic entity. All the while, offering your children a chance to experience the future and stop killing each others once they become cosmic conscious adults.

Humans can not separate themselves to the ONE because they are part of  a whole making up the ONE!

Separatism, lies and confusion reign supreme upon earth through a multitude of deadly man-made religions, including ISIS caliphate. The difficult task is to unify God’s children under ONE single Universal cosmic  teachings or a new humanitarian cosmic “religion” where God is fully understood and where  fear and hell  are not existing. This doesn’t mean the Neptunian way either, like the free loving hippie days.

A MJ12 channeling a real ET’ spirit can try to guide anyone to God cosmic consciousness and start the means of unifying humanity through God’s Universal will, speaking through the New Age of Aquarius humanitarian prosperous, peaceful  purposes; BUT the world must be in accordance, as human will is stronger than the stars, period!

And when a mortal Prophet like myself challenges Pope Francis and measure up to God’s lost cosmic teachings, the ugly heads of Satan fearful children will raise to destroy me. Instead, false “wisdom” is offered by the famous personalities as to reflect their insane, religiously poisoned righteousness ‘Duck Dynasty’ star’s ‘radical idea’

“Convert them or KILL them!”

How can, a normal thinking human being not realize the reptilius possessive evil in action, when such harsh words are used?  His mind and “teachings” reflect the dirty wild swamps he belongs  to, and there are enough reptilius infected, brainless subhumans watching and supporting his  show; as he keeps  putting his big foot in his mouth over and over again.

Indeed there is no accident for Mr. Robertson to share the same OBNOXIOUS stars as other infected celebrity, aiming for the higher office in the US wanting to rule the world! Donald Trump President? OMG! in what a young crazy world did I land on?

With such people on a pedestal, in charge of your destiny, the reptilius can only succeed in their agenda and will own this world if you do not support our mission. It seems there is no point to ask for anyone support when this is all I did since 1991 at no avail.

But the real God has a plan that involves us all and in time,  the truth will be divulged! No one will escape their karma. It doesn’t seem that offering a wide voice to dangerous educated or religious idiots will ever stop as they like all the chaos which brings them more money. Though the age of reason and sanity should start with someone, somewhere and you are part of this movement!

Note I am expecting a 6.0 or above earthquake (Japan) and shocking news  within the next 48 hours and terrorism and many death around May 20th.

Update: 5/13/2016: It seem only a 5.9 in San Agustín Chayuco, Oaxaca, Mexico took place during this window and it is up to the reader to realize the mg increase is obvious if you kept an eye on the earthquake activity.

I am offering the following quatrain and “obvious” keywords below as to prepare my readers world wide, to what the future will bring. I will also offer more dates and more of my vision in my upcoming radio show with Jimmy Church.

I will also appear on the “Fringe Radio Show” soon…

If you are one of those rare spiritual human beings in the ocean of life looking for my uplifting spiritual hook, and interested in learning more about the Cosmic Code, God Cosmic Divinity, Astropsychology or Astroforensics just ring the bell! W3 will open the door of a new world above for you to join our VIP’s in our Cyber Cosmic Code University! All the answers to what it means to be human and so much more is awaiting you!