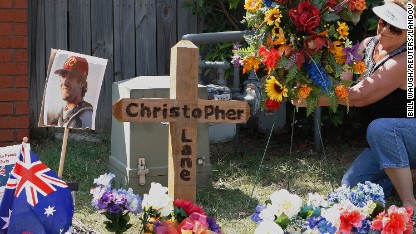 ARE ANIMALS BETTER THAN HUMAN?

I am appalled at the latest shocking news where the Scorpius Draconis pull  turned children into monsters that killed an innocent war veteran. It pains me so much because they escaped Hitler to be killed by the very children they sacrificed for… The millions of souls born to die within the “Baby Wasted Generation” are so hurt and do not know what science has done with their children when they are turning into monsters

Even the police is not safe any-more “Police: Pair planned to kill cops” and both my visions and warnings are becoming more obvious each passing day. In “Sex, Secrets, Murdering Children and Obama” I warned for serious shocking news and explosions “Explosions near mosques kill 27“and I now have to add those deplorable stories in  the memo for my August SOS to the World.

“It’s the second time in a week that a seemingly random attack by teenagers has claimed a life”  and NO this type of shocking news do not happen every day readers but the skeptics will still deny the values of my work and my wisdom/handling of the cosmic code jurisdictions.

IS THIS SHOCKING ENOUGH FOR THE SKEPTICS?

I CAN NOT CONTROL MY POWERFUL PLUTONIC UCI 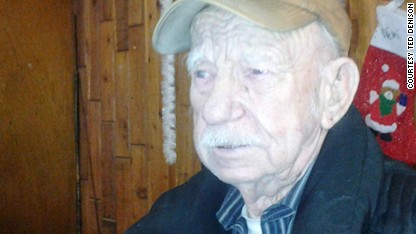 Teen arrested and charged in killing

Cops say Delbert Belton, 88, was brutally beaten by two teens outside a lodge where he loved to play pool. It’s the second time in a week that a seemingly random attack by teenagers has claimed a life.

At this point I do not know what to say or how to warn you any-more because ALL the children are prone to become the victims of the controlling educational matrix and turn into a society of monsters. Depraved of this cosmic spiritual  fluid their powerful unchecked UCI has no chance against the deadly Scorpius Draconis and the upcoming 2014 Arian Draconis. The cosmic unconscious skeptics scientists alike have nothing to offer humanity while all your educational and religious institutions are wasting fortunes in search for answers they will never own.

All I can do is to warn you again and again that all those institutions are responsible for creating more and more lost monsters which can not be housed in your overloaded jail system and one day will run all branches of our rapidly depleting society. Building more guns, more jails, more churches and more schools run by cosmic unconscious traditionally educated adults will not stop this psychical cancer!

You are much too occupied with making a living than to acknowledge my warnings and the situation will get much worse in the years to come if I am not allowed to replenish the children’ spirit before puberty. Don’t think for a second your children are at no risk because you are a good god fearing Christian because the evil consuming their depleted spirit is very real and allowed to grow. Religion did not and will never work, in fact religions stimulate separatism and encourage atheism because human have lost faith in a cosmic God they know nothing about.

Recognising your cosmic corner, your personal matrix or your  UCI or “Unique Celestial Identity” is the only way to understand and relate to others human beings. Looking for the responsible “gene” or blood type responsible for suicidal tendencies, criminal activity or sexual orientation is a total waste of time and precious tax dollar.

I sound so redundant to so many of my readers but please bear with me, it is through repetition that you and the newcomers will get to perceive and understand the cosmic code jurisdictions and see God in action.  Young Neptunian born souls will build “Logic Window” websites and express themselves the best way they know how but without Cosmic Consciousness their “spiritual battle” is lost!

One can only judge the world around him through his education, personal experiences and his karmic UCI and without cosmic consciousness the word UCI means NOTHING at all, and this is where the problem starts and end…

The generation of OCD born  and the owners of http://www.skeptic.com/ are all naturally/cosmically “tuned” to the rational thought and science making spiritually born inferior human being like Michael Shermer,  David Epstein and James Randi endorsing both atheism and creationism and this is very dangerous for humanity psychical welfare.

I am still wondering why they are all avoiding me instead of bringing me into the “millions dollar challenge.”  Google James Randi Dr. Turi to read more about my endless efforts to connect and challenge publicly any and all skeptics, including James Randi.  The “psychics” they are dealing with are non cosmic conscious and are no match to those skeptical pin heads.

Bradley Manning: Know the real me
The U.S. soldier who leaked 750,000 pages of classified documents to WikiLeaks says: “I am Chelsea Manning. I am a female.” FULL STORY

Manning’s UCI is over loaded with feminine cosmic energy and there is no wonder for him to be a her or perceived as a gay weirdo. But again how can any skeptics remotely understand Manning’s psyche and sexual orientation when a born sceptic is totally depraved of cosmic consciousness or Astropsychology education?  Thus all skeptics can do is to assume, lump me with other psychics, laugh and ridicule  me to hide behind a humongous cosmic ignorance. I will elaborate for my VIP’s and students only because my pearls of wisdom are not to be wasted on moronic minds. Join the cosmic code today!

“Do not give what is holy to the dogs; nor cast your pearls before swine, lest they trample them under their feet, and turn and tear you in pieces.”

“Pearls before swine” and “casting pearls” refer to a quotation from Matthew 7:6 in Jesus‘s Sermon on the Mount, implying that you should not put what is valuable in front of those who will reject the notion that it has value and furthermore that they will seek to diminish or destroy what you offer.” 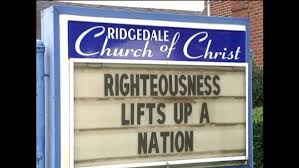 Science and religions have been battling each others since for ever… There is no way for spiritual “faith” to connect with physical facts and this is where the scientist earthy rational personal UCI/matrix can not relate to a more ecclesiastical cosmic make up.  But the difference is that, the older soul is born spiritually sensitive and prone to ask for more spiritual cosmic fluid.

Trying to prove there is nothing to see in an already dark sceptic world should not be that difficult for any young souls but “Ask and you shall receive”  does not work for the skeptics because they are spiritually “immature” or worse cursed and prohibited from any and all forms of spiritual endeavours. Indeed we need human being logical enough to become into engineers to build reliable gearboxes and solid bridges.  But we also need souls tuned to the divine, creativity and artistic endeavours and some like Dr. Turi are real, others born Neptunians.

When one young soul pretend to be right and shuts down someone else refined spiritual gift  it shows not only ignorance but an egotistical immaturity and knowing my unarguable track of well documented predictions James Randi and staff are really scared to deal with me.  They will make sure to either ignore me or try to make it impossible for me to prove my claim of a God’s cosmic divinity. And the fact is; they already lost the million dollar challenge and they know it.

As usual there is only for reliable source of “predictions” or high probability windows for man made and/or natural disasters thus here is the next dates offered publicly for you (and Randi) to check on my predictive gift.

Once more, realize that I am not a psychic and I use a modified software and would the scientific or sceptic community   investigate my work instead of assuming I am another Mrs. Cleo. For it is your karmic work to upgrade to a more sensitive, productive respectable intelligent  cosmic conscious human being.  Be curious, do not assume, don’t let religious fears or your over rational UCI stop you benefiting from my rare but very real cosmic wisdom.

Become the fast, curious, fluid air element, transcending into a courageous matador fighting a stubborn slow earthy bull in the arena of life. Because life is a constant process of changes even the skeptics can not deny…

Again those are “WINDOWS OF HIGH PROBABILITY” calculated with my software warning you of what the future has in store for humanity.  I am offering only one date for the cosmic energy to intensify to its maximum destructive  power. This cosmic energy will affect all cosmic unconscious human robots personal matrix interacting with the Universal Cosmic matrix. Thus man made or natural disasters will colour the news 48 hours centring the given dates.  Its all depicted in the Nostradamus 16th century Divine Astrology methodology with my quatrains and obvious keywords.  Be warned, be safe and be prepared because  the future has and will always be my utmost faithful witness…

SOS To The World Predictions For September 2013

KEYWORDS
Beginning / Ending of Important Portion of Life / Forced Relocation / Destructive weather / A new Planned and / or Unplanned Life For Many.

UFO AND THE MATRIX ON PLANET X

I NEED YOUR FINANCIAL HELP URGENTLY SO I CAN SAVE YOUR CHILDREN FROM THE CURRENT CONTROLLING EDUCATIONAL MATRIX!

DONATE NOW! OR SHOW YOUR SUPPORT BY BECOMING A VIP TO THE COSMIC CODE.

JOIN MY CAUSE FREE YOUR SPIRIT FROM THE MATRIX!