Come and drink at the source of all cosmic wisdom

On December, 21st, 2014 I was on the air with Janet Kira Lessin on Aquarian radio to discuss the latest developments in relation to the Arian Draconian energy and its impact on the upcoming Virgo / Pisces shift in October 2015. In this radio show, I gave all sorts of interesting information on the cosmic code and offered my 2015 SOS Police SOS Windows and the same exact set of dates you will find printed in this newsletter. And all you have to do is, to listen, read then wait for the future to prove me right! Be safe…

Journey Into The Light

Muhammad Ali hospitalized – “Once this Dragon reach him in 2015, he will be a matter of time for him to called back to God.” Memo from “NFL Seau Concussion Holy Grail of Lies and Stupidity!” published 2 years ago or 01/23/2013.

From Dee – “I’d like to see Muhammad Ali “tear you to pieces” (which you deserve) and you are neither worthy of dogs nor swine with your corrupted drivel. Why don’t you speak to the masses about your own f’d up astrological chart and your needy, whiny, desperate constant cries for attention at the expense of other people. Live and let live. You have no moral compass and your sense of decency lay in the murky depths of perversion and depravity. If you are so powerful and all-knowing than why don’t you use your powers for resolution rather than self-aggrandizement via your bullying? Surely you could find another way to express your “omniscience” for the good of humanity rather than harassing people who are suffering. It’s time to admit to the world that you and your wife have cold blood running through your veins. Let your scales shine!”

And these are the people we are trying so hard to reach and educate? We heard of  “do not throw the water with the baby” or the Messenger in this case, but this is the type of response I get from rude, oversensitive people who let their own emotions and fear of death and the future blurr their judgement. All I was trying to do is to confirm a predictive gift that enunciate the trust all smart people I served since 1991 put on my work for themselves.

If I was able to predict Muhammad Ali predicament and his upcoming voyage back to God, I can do the same with anyone, and while death is something no one is willing to accept, there no escaping it.

“Young souls” such as Dee are the ones who need us the most, mostly because the subconscious fears of death (or the future) they nurture is eating them away. But in no way will those people be able to recognize this fact or the immense educated ego which is the inner reason that stimulated the public attack.

While our dedication to reach as many people as possible with my “corrupted drivel” is only perceived as a “cry for attention” from people who are very lonely themselves. Note also, bringing my wonderful wife Terania into the “dispute” show also an insecure enviousness…

Muhammad Ali has his gift, and that was to beat weaker people physically, mine is much the same but at an intellectual level by making unarguable well documented predictions and expose the sins and mental egocentricity of the religious and atheists young souls. Meantime I can also guide and point out all the virtues and fate of all the wiser clients and students of mine I deal with everyday.

Dee is part of the educated, all knowing, constipated  “OCD Generation” wasting time on groups challenging and pointing out what they perceive as imperfection in others…   At least today, the young soul is getting a free Astropsychology taste from Dr. Turi! The question is; will she learn anything by starting a war against a 65 older, wiser soul who knows her better than she knows herself or will she keep denying the obvious about her critical, over sensitive character?  She may be a guy though, I am not a psychic, but I detect a feminine insecure, critical easily offended UCI.

Astro Forensics is an undeniable  science I created that can only bear its fruits when it is directed personally at my intended “victims.” There is no doubt Dee suffers serious inferiority (or superiority) intellectual complexes depicting a strong Virgo in the natal makeup.

Sad enough I am often erroneously judged by the title or a pictures that somehow offend the puritanicals! In the eternal battle between emotions and logic, emotions and fears will always win, and you will always lose! The most common flaw encountered in any human is “assumption” intellectual snobbism and a the lack of curiosity.

A person can only rely to another human being because of its experiences, education, intelligence and his/her natal UCI *Unique Celestial Identity” the question remain will Dee bother to investigate or is my work below her expected standard?  Chances are, Dee suffered a loss at a tender age and the pain is still lingering in her soul…

Meantime when I posted “Dow jumps 421 points. Best day since 2011 Dr. Turi Undeniable US economy Prediction  – This newsletter was published May 6, 2011 and those predictions were broadcasted on the  George Noory Coast to Coast am program June 2007″  and thousands of other memos on “Dr. Turi Cosmic Code Universal Predictions on Google” or BIN website  I rarely received positive or negative feedback.

This clearly dictate how important choosing a title is; knowing people subconscious attitudes to it… Meantime the calculated  reaction I created using the  “human animal” despicable responsiveness served my purpose to steer more interests in a topic that can only benefit smarter, more perceptive human being on BIN.  Indeed I have much better things to do than to waste my time with an unmodifiable, combative young soul!

America rewarded me  greatly financially since 1991 and while the current Dragon is challenging us, Terania are still enjoying a solid  emotional, financial and spiritual stability.  France is a great country we love to visit every summer but God is leading us to an undisclosed location the Florida Keys to start a new life soon…

I am still learning how to handle a mass of scared young souls like Dee reading my work looking for answers they can never assimilate!  But who can blame me for being born with a serious problem handling intellectual egocentricity, enviousness, idiocy, abuses and manipulations! And I am not the only one…

Pope Francis issued a blistering critique on Monday of the Vatican bureaucracy that serves him, denouncing how some people lust for power at all costs, live hypocritical double lives and suffer from “spiritual Alzheimer’s” that has made them forget they’re supposed to be joyful men of God.

Sad enough I, in some ways, resemble a fearless Pope Francis working endlessly to expose the undiluted truth and over the years I made many enemies who would love to see me dead. Will I be once again be “crucified” for my prediction  of the Pope or our President assassinations when, like Ali, my visions makes it to CNN?

How many more Dee’s will I have to deal with before and after it all happen?  This is what I do, its my profession, my call in life; although like a curse but instead of harassing the messenger, try to appreciate the warnings instead!

I am so glad for the heavenly help I am getting from many websites endorsing my work and collecting so far 680 of my articles for future generations cosmic investigation… Sad enough my computer was hijacked and many of those links are dead. Meantime whatever is there, will stay there.   I am not insecure and dedicated to warn the world with my predictions while teaching the reality of a cosmic God.

But the most refined educational and predictive work I produced, and will still produce will never reach the general public and is safely compiled in the Cosmic Code website for my VIP’s eyes and spirits only.

Like me, Pope Francis is an old guy who lived a rich life and lead by God climbed to the top of the mountain. But Pope Francis UCI is also much too pure and too real for his own good.

His powerful Sagittarius Dragon’s Head “Bull in the China Shop” is doing the damage imposed by a Cosmic God slowly shutting down the Age of Pisces and all religions created by man’s folly last two thousands years.

Something so many close friends of mine have said about the same direct approach I share with the Pope me for years. Exposing the financial masquerades of the corporate religious matrix is very dangerous! He is not afraid of death and so am I because the “Journey” imposes so many tortuous roads, endless challenges and a sure victory at the end, all at the grace of  a cosmic God in charge of us all…

The upcoming 2015 Neptunian Dragon has a solid Universal purpose, Pope Francis himself and billions of his Christians followers are unfamiliar with! All I can do is to push forward with my visions while exposing God’s true cosmic Divinity hoping for your help to share my warnings…

ISIS: Slavery, beheadings in our religion 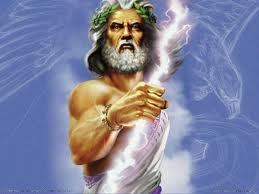 “Let who ignore my warnings be cursed by the eternal rites of the cosmic code universal ceremonies for a cosmic God does not speak nor engage  fools…” Dr. Turi.

I am doing much of the same with the scientific community, battling their chosen leaders .i.e. “Dr. Sanjay Gupta, Dr. Deepak Chopra , Neil deGrasse” publicly!

But, I am not the Pope, and  the “Iluminati” in charge of your educational TEL– e.vision and all else do not feel threatened by my work or what the young gullible souls perceive as “SPAM” and I am certainly not about to get a world stage but I still do what I do even though I am constantly being muted and fired by an army of  popular websites insecure moronic moderators!.

More predictions to come but who’s listening, certainly not the NSA and who will be next idiot to blame the gifted messenger?  I am not the all gloom and doom promoters but fears can only paralyze people or steer them to get solutions, and I do have the answers to the dangerous situation with North Korea…

The plot thickens – War of words between U.S., N. Korea North Korea has 1,800 cyberwarriors This IS The Beginning of End of America!