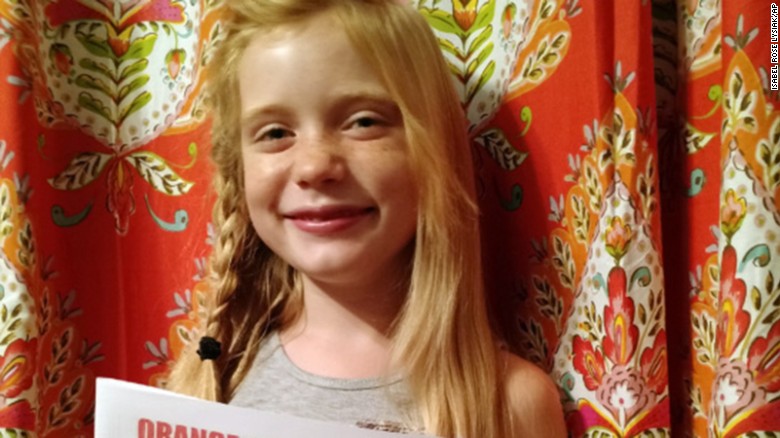 Parenting debate: Should a 9-year-old reporter cover a homicide?

“At age 9, for a girl who is already a ‘local reporter,’ I have to believe she could handle the details. That isn’t to say every 9-year-old could,” said Engelman of Chicago, co-founder of the site Mommy on a Shoestring.

Note: Like I did with other CNN writers in “Maria Duval CNN and French Psychic Astrologer Dr. Turi,” I also emailed them my point of view but I do not expect those ladies to ever be able to assimilate my cosmic work or ever reply!

The emotional impact of covering a homicide:  But on the other side are parents, like Louise Sattler, who believe 9 is too young to be reporting on something as serious as a violent death. “Why? Most of all it possibly will put the child and family in jeopardy. SAFETY FIRST,” said Sattler, a psychologist, educator and co-founder of 411voices.com, a collective of professionals with social media experience! Parenting debate: Should a 9-year-old reporter cover a homicide?

Like 99.9% of the world,  Mister Satttler; like the majority of the cosmic unconscious, traditionally educated psychologists and educators who have absolutely NO clue of the values involving the karmic UCI of this 9 -year old child. (Note: Links are provided for you to click on, if you do not understand a word or a sentence.)

She was born in 2007 with a Dragon’s tail (past lives) in Virgo, the most DETAILED, perfectionist oriented sign of the Zodiac.   Thus, as a Mercurial (ruled by the cold cerebral, intellectual planet Mercury, ruler of general communication, radio, journalism  she was indeed born to handle the details!

Any soul born with an earthy dragon are NOT as emotional as their parents, peers and all the people who can not handle blood and guts! Or such a young child dealing with what they conceive as an “adult” profession. This shows how misinformed parents actually are on how a cosmic God designed the psyche of their child.

Doreen Spear I think she is way to young and know as a parent I wouldn’t let her!

Earth signs are cold cerebral, logical writers, natural atheists or the butchers (or surgeons) of the Zodiac! They are detached not emotional and control their emotions and feelings better than other signs! Serial killer Jeffrey Dahmer  was born with such a “dissecting” dragon. But not many are smart enough to read a 550 pages book on this topic.   And certainly not the morons.

Cleansing impurities large and small
Don’t think yourself immune, for I see all
Attending to every chore and task
Perfection being all that I ask
I am VIRGO, child of Mercury.

Characteristics For Those Born In September

But thanks to the US department of education, the monopolizing religious and scientific “educational” matrixes, facing so many questions; people can only rationalize using their five limited human senses. Little do they know that; this child is much older than the nine years she already spent on planet earth. She was all along lead subconsciously by her stars to a vocation she should pursue, all  imposed by a Cosmic God.

Sean Hannity was born December 30, 1961 with the exact same dragon as this 9 year old. And it isn’t an accident for this workaholic, conservative man to end up on both radio and television. I heard him many times say he wonders how and why he became who he is today! But in no way will this religious, cosmic unconscious man ever bypass his fear of Islam or ever wake up to the real cosmic divinity!

Glenn Beck, Rush Limbaugh, Joe Arpaio and Mike Broomhead also share the same natal and hidden UCI as this 9-year old. It is no wonder for them all to be journalists, reporters, cosmic unconscious, religiously poisoned radio talking heads committed to report and clean the world. Nor is it an accident for “Mike” Huckabee to be born a puritanical Virgo (the Virgin Marie) and talk or behave the way he does. And it does not take a genius to realize religions, as practiced today are the core of separatism, death (ISIS) and the cancer of this world ‘Religious freedom’ bills divide the South  And it isn’t an  accident for Sheriff Arpaio to also behave the way he does.

But you can’t evaluate cosmic evidence when the cosmic conscious teachers are absent or ridicule by an indoctrinated society.

“In a world where political leaders and society assign themselves to religious archaic convictions and trust its infantile scientific community and its celebrities, only extreme stupidity can plague the rest of humanity.” Dr. Turi

There is so much humanity need to wake up to but I am muted, ridicule, disposed of and barred from all networking websites. The task ahead of us seem insurmountable, especially when the cowards who could make a difference, secretively enjoy my educational work but would rather be caught dead than to  support us.

It is because of this “universal” idiocy that all parents, the teachers and “educators” alike could never anticipate someone like Adam Lanza who, once upon a time was an innocent child, someone THEY educated and created, would end up killing so many children. “In Memory of The Sandy Hook Elementary Shooting Victims.”

But the world is loaded with gullible idiots in a position to help make any changes but would rather waste billions on experiments, which  offer all the children nothing towards the spiritual regeneration principle they all need but condemned by an immature religious or atheist “educated” society!

Why have you lied Louis Turi? No one died at Sandy Hook! The school was closed for the day. All parents were crisis actors and Adam Lanza died the day before the so – called shootings. Even the FBI said no one was murdered in Connecticut and you know too that no one died, so I don’t understand why you speak of these so called – lost souls when no one died? There are lots of law suits at the moment regarding Sandy Hook and it’s hoaxes proof is out there for anyone wanting to do their research!

Thus be prepared, it is not if but when another of those monsters created by the parents, the teachers, the US Department of Education and today’s educators, will act out his cursed UCI and kill more innocent people.

Shameful Waste Of US Children This is becoming the norm …

As much as this 9-year old reporter was lead by her natal stars to do what a cosmic God intended her to do, not all children’ stars will be stimulated in the right direction!  None of your kids has been trained to apply the will against (or for) their “cosmic program.” This is another disaster for humanity promising an endless repetition of the same deadly news where many more will “subconsciously” find ISIS killing grounds very appealing! The psychology and neuroscience of terrorism by Dr. Turi

But as mentioned so many times before, my work is much too advanced for the subhumans to appreciate or even assimilate! Even for the  secret services!  God thanks the world is not all made of idiots but also curious and wiser human beings!

“The intuitive mind is a sacred gift and the rational mind is a faithful servant. We have created a society that honors the servant and has forgotten the gift. We will not solve the problems of the world from the same level of thinking we were at when we created them. More than anything else, this new century demands new thinking: We must change our materially based analyses of the world around us to include broader, more multidimensional perspectives.” ~Albert Einstein*

Many may wonder why God would ever kill those who serves him the most? Really, where is the brain of those people when stampedes and death killed and will kill many more of them? Fireworks disaster kills 105

So much human waste yet, this will not change the mind of planet idiots endlessly celebrating a multitude of man made false gods! My chances to improve the consciousness of the billions of lost souls making up over 875 different religions and counting, all created by man’s psychical decay; seem like zero. As God has a much bigger plan… That’s why God made everything pre-set.  There is so much mother nature can take and there is a lesson in store for an ignorant world.

Again when I mention “idiots and subhumans“ , remember not to take my words personally, because I am not writing to you personally but to the world! Taking my direct approach to life at heart dictate you are suffering an inferiority and / or an insecurity complex. The question remain on how you feel about my “ego” or more precisely, my supreme cosmic wisdom and well deserved confidence!

Memo: God thanks the world is not only made of idiots but also curious and wiser human beings!

Well today is my wonderful wife Terania’s birthday, yet we are here working to serve you with the undiluted truth so many will never be able to decipher or even appreciate. My soul mate mine need your support for all the work she does behind the scene taking care of our everyone. And trust me, I keep her very, very busy!

HAPPY BIRTHDAY TO MY DEAR WIFE.

IF IT WASN’T FOR YOUR EXTREME PATIENCE, UNMATCHED LOVE AND TOTAL DEDICATION TO OUR MISSION,  I COULD NEVER WRITE ANOTHER WORD TO THE WORLD!

Once again, we had plans for her birthday today but the weather is not cooperating in Phoenix… Good weather is the essence for our next adventure this week and you will read it all in time!  She was a bit disappointed with the Gods to mess up her special day, but I told her today’s rain is a very good omen because; Terania (Tera Nueva) is the name of an Australian RAIN forest…Of course there is more to that story which you will read about in her e-Book. Thus she is getting the precious water (my ever lasting love and your great support)  to keep her majestic beauty and life alive.

Show your support on her special day, go to my only working Facebook page  or, if you are a VIP, to the Cosmic Code private website .