You’ll know the essence of a real genius only when an extreme minority can relate to his futuristic work and decides to learn his rare teachings… Dr. Turi 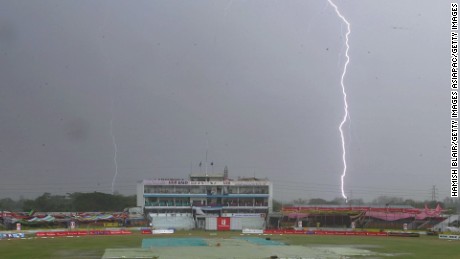 (CNN) Sixty-five people have been killed by lightning strikes in Bangladesh in four days, as the country endures its annual severe storm season. The deadliest recent day was Thursday May 12, when 34 people were killed, he said. Twenty-one died the following day, seven on Saturday and three on Sunday.

While the logical meteorologists rationale will blame the strong cold fronts moving out of the Himalayas and southeastward, encountering warm, moist air from the Bay of Bengal and deforestation, little do they know about my warning for  lightnings  posted April 30, 2016 at 11:36 am in Cosmic Coders for our VIP’s offering the EXACT date.

Now, because all of today’s meteorologists are cosmic unconscious, does not mean the incredible technological advances and their forecasts do not serve society productively.  Though the world idiot has been used to clarify the entire scientific community’s lack of cosmic wisdom reflected in their incomplete weather studies and non existent prognostics of deadly lighting and tornadoes. At 66 I have learned a long time ago not to throw the baby with the tap water and to not assume anything before a thorough study of the person and subject!

Once again it shouldn’t be impossible for anyone who can read plain English, do deny the warnings for possible lightening strikes when I gave a date and the world LIGHTNINGS. Indeed the word  shocking fit the deadly cosmic winds I anticipated well before any meteorologists ever spoke a word about this absolutely UNUSUAL Stunning / Baffling / Incredible deadly event!

A few days ago, I also warned of earthquakes above 6.0 but, to the brainless idiots, failed miserably, because they did not notice the slow earthquakes magnitude building process creating the two 5.9 in Southeast Of Loyalty Islands. The fact remain my accuracy ratio for large earthquakes is 98% and you are welcome to check my well documented predictions.

Or better yet, don’t miss my next appearance on “Fade to Black”  with host Jimmy Church set for May 18th, 2016 and more predictions!

It’s easy to see why the traditionally “educated idiots” or the majority of today’ scientific community would never dare nor bother to conduct any scientific researches on my methodology.

First those critical cerebral human beings were not born  with the right UCI to assimilate or benefit from the archetypal realm of Supra-Cosmic Consciousness, secondly they would never waste time on “astrology” something they were indoctrinated to perceive and ridicule as a wasteful pseudoscience only.

This does not take the fact away that; I do better than all the meteorologists combined together, including all geologists, Astronomers, psychiatrists, neuroscientists wondering about the terrorist brain, traditional doctors and FBI agents fighting terrorism.

And those who never heard of me nor read any of my articles will assume I am an egocentric and a psychic!   Note the links are designed for you to click on and read about something you may learn from.

While I am always offering solid post-dated predictions, no one can argue, to be proven right could seriously hurt the “integrity” and reliability of many branches of corporate science depending on your tax dollar to survive. None of those scientists would never ever accept the fact that; they know less than a 66 year old French man who was thrown out of school at the tender age of 15 years old.

Since 1991, through my predictions, I repetitively offered those wealthy and powerful governmental  organizations (and Phoenix local journalists) more proof than they could handle!

Yet their detrimental coward like attitude and stubborn beliefs can never be changed. If sharing my cosmic wisdom to save life does not move or interest the police elites or the FBI why shouldn’t they? Knowledge is power and ignorance is evil!

As soon as they visit my website, www.drturi.com or read my blog mentioning UFO’s, the reptilius agenda or God Cosmic Divinity, I am immediately classified as a loony. It is not “politically correct” to deal with someone as strange as me it seems.

And while they can read more about my cosmic character and uniqueness, clicking on Aquarius is against their religious or “educated/atheist,” comfortable, personal latent and “intellectual” zone!

The scientific and religious world is loaded with scared, gullible “well read” idiots who are certain they know better than someone like me. Through my cosmic work and undeniable predictions, I stimulate only those who are curious enough to upgrade their perception above an infantile science, who has so much to learn and gain from “crazy lunatic” people like me.

I force the blind herd to THINK different for a change and self confidently, unashamedly challenge their own repertoire of wisdom!  And out of this running mass of wildebeests, ONLY an extreme minority of smarter people will change direction to avoid the pit of ignorance.

Some of you may wonder, “But Dr. Turi, why would you use such abrasive language in reference to the general public and the scientific community? you should know you will never attract bees with vinegar!”

First and foremost, unless attacked directly,  I never call anyone an idiot, a subhuman or a moron. And remember I do not write TO YOU personally but TO and FOR the religious or atheist conditioned “herd!”

Thus in no way will an immature soul benefit from my supremely advanced cosmic work and the psychology including my “harsh words,” is designed to test those who will never mutilate themselves by feeling below or insecure dealing with our students or myself!

Think of a fisherman using bait or a net. Only the fishes close enough will be brought up to his boat.   But instead of ending up cooked and eaten, those salmons, with the human help, will be released in the stream above the dam and allowed to continue their journey towards their birth place, or in this case, to God cosmic divinity in the stars.

My work is far from benefiting “idiots” which were not lucky enough to be caught in my liberating  cosmic net, put it this way!

Every single human being was born blessed by God and given natural gifts, and curiosity is one of them. It is only when the client or student is ready that the real teacher “net” will appear and help you refrain from your cosmic ignorance. But ultimately, only YOU can save yourself as the human will is stronger than the stars, period!

“Its a miracle for curiosity to survive education” Albert Einstein

It is entirely up to you to gain from my cosmic wisdom and heed my warnings about any natural disaster, including deadly lightening.  And while India is more of a spiritual country, it seems Vedic Astrologers’ methodology will never compare to Nostradamus 16th century Divine Astrology immaculate accuracy!

Forbes Quote of the Day
“You always have to put out to the universe what your dream is—that is in part how they become actualized.” Isabella Boylston 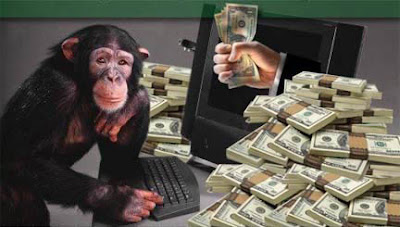 Interesting email from my Webmaster Alan sent in 2010: “You know Dr. Turi I realized something super interesting looking at your Alexa stats. A third of all your traffic comes from India. What’s that about? Maybe you need to make a trip to India? I tell you why I think that’s super interesting as well — India (as OF COURSE you know) invented Vedic Astrology so the fact that they are heavily interested in your European style is a huge testament to your work. It’s like they’re saying that YOUR astrology is better than their own. It’s like if I had a new Cuisine/US Chef site that was visited mostly by France and Italy. That’s a huge compliment my friend. Unless of course they’re stealing your work and retrofitting it into their Vedic style! You never know!”

With this in mind once you read  Forbes Article on Financial astrology can you go now to www.alexa.com and let me know when “Sharma Predictions” or “The Mahendra Prophecies” started their website please? www.drturi.com was started in 1991 and all my articles about money, investments, the moon, timing,  and how to use the cosmic code  for business etc.  have been on national radio, televisions and posted on all major websites for years and my own since 1991 – CHECK FOR YOURSELF!

Dr. Turi  Quote of the Day
“Your future is nothing else than the reincarnation of your thoughts…”  Dr. Turi

But the skeptics will need more proofs yes?  In fact, my latest warning ” I am expecting terrorism and many death around May 20th“ was issued April 30, 2016 in May 2016 SOS to the world deadly Windows.