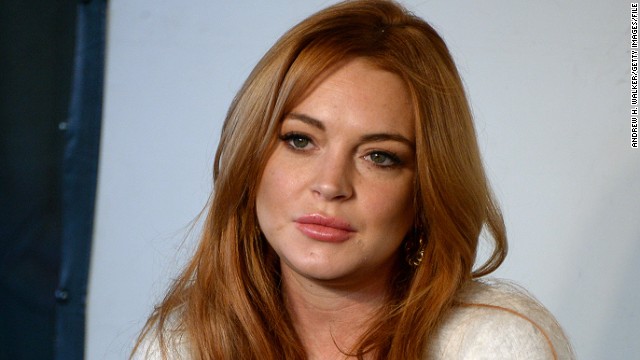 I am another victim of the entertainment matrix  – rich, famous and cosmic unconscious

Its amazing how the gullible mass accepts anything from celebrities nowadays! Again the beauty of being cosmic conscious and an Astropsychologist is that; the undiluted truth will never escape your eyes because it is written in light via the stars. And real stars do not lie!  Like anyone else reading her misfortunes and knowing all about her past addictions I first fell for it. Then I decided to check on her UCI and read the article using my cosmic “3rd eye.”

First and foremost any mother to be, should be left seriously distraught after finding out her baby died in her womb and speak out quite a lot of emotional pain! This psychical pain, this sorrow is totally missing or supremely repressed,  controlled in the article I read below!

Thus, now I am questioning  her. Where is Lindsay distraught when all she does is to talk about her and her career in the article?  The fact is; she had an abortion because of the baby’s father and she does not need more hindrance to finally move forward in her recoup messed up career.

But why would I come up with such conclusion?  I wrote about Lindsay Lohan’s UCI back in July 21, 2011, find It under the “Lindsay Lohan reveals miscarriage” article. I can only repeat myself, born with a negative Dragon’s Tail (karma) in Libra (partnerships/contracts) she can only always attract the wrong people in all affairs involving business or love  including all her “contracts.” We are all somehow “cursed” in some parts of our lives, and this is where she is “karmically” hurting!

Born with Neptune (deception/alcohol/drugs/religions) right in her 7th house of marriage/contracts/partnerships/facing the public) she can ONLY ATTRACT deceptive Neptunian business partners who OWNS her life and her career via signed contracts.

This is what it takes if you are aiming for fame and fortune. You must give away your physical and spiritual freedom in exchange for a strenuous glamorous life that took so many cosmic unconscious souls so prematurely. In fact I am surprised Lindsay Lohan managed to keep alive for that long!

If you chose fame over a normal life, you become the PEON of the entertainment matrix who DICTATE what to do next because YOU BELONG to them. Further more, Lindsay’s 5th house ( creativity / love / children / speculations and the house where a woman creates a child)  is under the jurisdiction of deadly Pluto.  This mean she is FATED to lose a child and “die’  a few times in the affairs of love.

This mean HAD Lindsay carry the child to the end and somehow manage to survive, this child would be seriously sick and HAD to be aborted. With Lindsay long and steady abuse of legal and illegal drugs and alcohol, her doctors knew the child had no chance and would be born autistic or abnormal!

Are you surprised?  I am not! “Continued Rise in Autism Diagnoses Puzzles Researchers but not Dr. Turi!”

Born under the sign of  Cancer (home/family/shy) she is much too weak to lead a glamorous life. She also own a dignified Taurus (money/security) moon (emotions) and privacy is a must!

But what scares me the most, is the millions of cosmic unconscious parents trying to live their famous dreams thought their children not knowing this child may not be designed by God to lead such a life. In the name of religious convictions (Christians) or the ridicule (atheists)  those young souls are totally oblivious of God cosmic divinity forging the UCI and fate of all human beings through the signs, they natal and hidden dragons…  In the name of science and religions humanity has lost so much of God cosmic divinity! But the purpose of our Cyber Cosmic University and my mission to bring you back to a legitimate God is working its magic!

How is this site ranked relative to other sites? 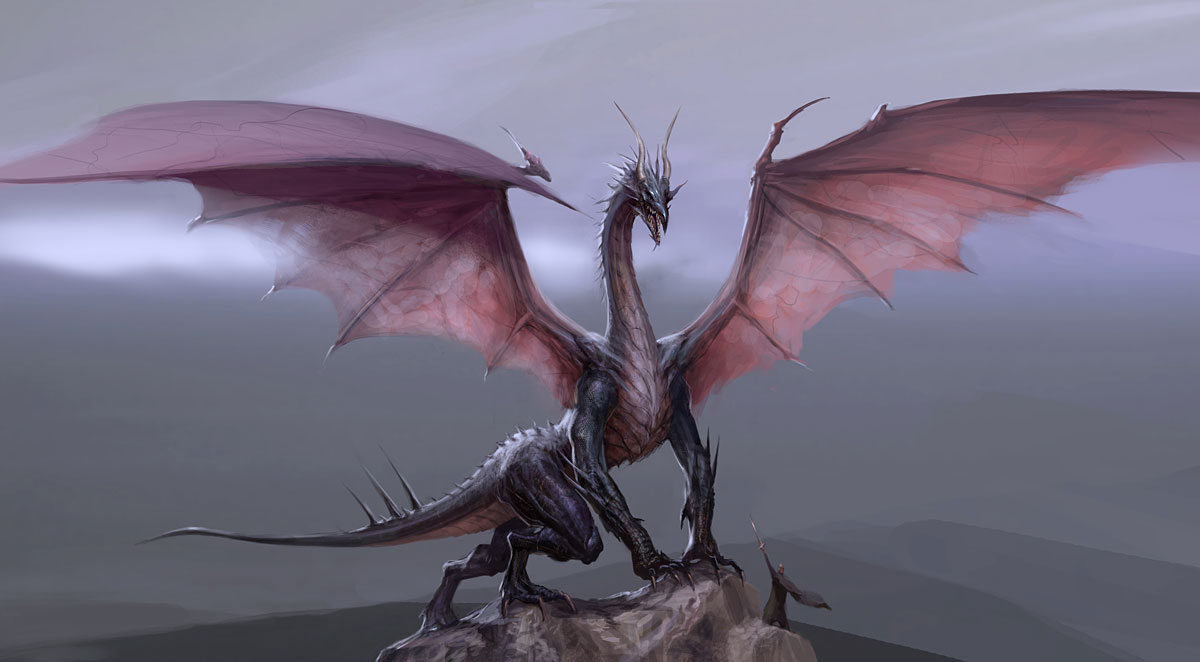 She can only blame her Mars ( drive/the males she attracts) in Capricorn (older guys with money and power) right on her cursed 7th house of partnerships who saw how to make a good use of her beauty vulnerability and talent.

Note also my “2014 Personal Dragon Forecast For All Signs” clearly mention Cancer will have to restructure their career and move! So far it seems to be just that for another rich and famous but cosmic unconscious young soul!  May be you should check for yourself or your child what God and the cosmic code has in store for you?

“Ask and you shall Receive!”

Continued: In a scene from the season finale of OWN’s docuseries “Lindsay,” the 27-year-old explained that the reason she’d missed some filming days for the project was because she’d had a miscarriage. “No one knows this: I had a miscarriage for those two weeks I took off,” she said. “It’s a very long story.”

During the docuseries, one of the plot points that emerged was Lohan’s inconsistency with showing up for work. But as she explained on Sunday’s finale episode, it was because she was unable to. “That’s why, on the show when it says, ‘She doesn’t want to come down,’ I couldn’t move; I was sick,” Lohan said. “Mentally, that messes with you.”

OWN’s “Lindsay” covered a lot of ground with Lohan, following the actress after she left rehab in July 2013 and moved to New York while trying to repair her career. By the time the last episode aired, Lohan — along with the rest of the world — had seen the difficult footage of her post-rehab life.

“I cried so many times watching it,” she said. “Watching this series, I just know how I felt at that moment, and I can relate to that girl. Like, ‘Oh my God, this is really sad. Who’s helping her?’ … There was a lot going on in my life then.” Filming the eight-part series did impart some lessons, and one in particular was how her struggle with addiction could leave her without a career.

“Even if it’s not my intention to lose everything I’m now working for, that’s what this addiction will do to me. It’s a really f***ked-up disease, and it’s really scary,” she reflected. “(Now) I’m in a good place, and I don’t want to mess with that. It feels good, and I’m happy. The biggest thing I’ve learned from this experience and doing this show is that my work ethic is different. I have that fire back in me.” 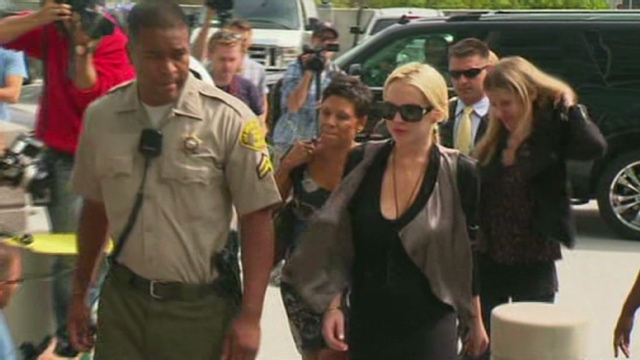 Lindsay Lohan’s too poor to pay a psychologist, lawyer says

Send her to me… if I can help my good friend Gary Busey (and he is a serious case) and counsel Dennis Heysbert (and many others celebrities) for FREE I can help her too… The question is; will she be lucky enough to land on my expertise?

Note For my students:  Born with a Dragon’s Tail (negative) in Libra (Law/traditional psychology) and under the over emotional sign of Cancer she is not exactly lucky with the system and her educated doctors do not / cannot understand  what she is going through. Dangerous medical prescriptions can only make her situation much worse as she is seriously prone to depressions and addictions.

Note also as a cancer the current Dragon’s Tail resides in her 12th subconscious house forcing her to undergo serious and deep psychological changes. She is seriously prone to suicide and may end up this way if I do not reach her before it’s too late…

Important note: I always said to my readers, the day I leave America you may want to follow my lead and once our house  sells, Terania and I have decided to move to another country!

Florida may not be the place I will retire to after all and while things could change, the planned trips ahead of us will tell us where we will end up! The reasons could be geopolitical, a nuke attack on the US, a terrible natural disaster or our own security being compromised! This mean only the Cosmic Code or my “Cosmic Cyber University” will be operational and become the only way to read my warnings in my cosmic code newsletters all along and from where ever we will be secretively operating afterwards!

When you notice the flux of my newsletters slowing down and disappear it may be too late for you to join but we will keep steadily informing our VIP’s of all our current and future moves… You paid us for a service and we will honor it to the end. Indeed my promise to share our life, our experiences, our trips’ pictures, videos and serve you “cosmically” every months will end only when I become too old to write… Yes, as predicted for the Turi family,  this 2014 Arian Draconis is about to change our lives drastically…  Join us while you can!