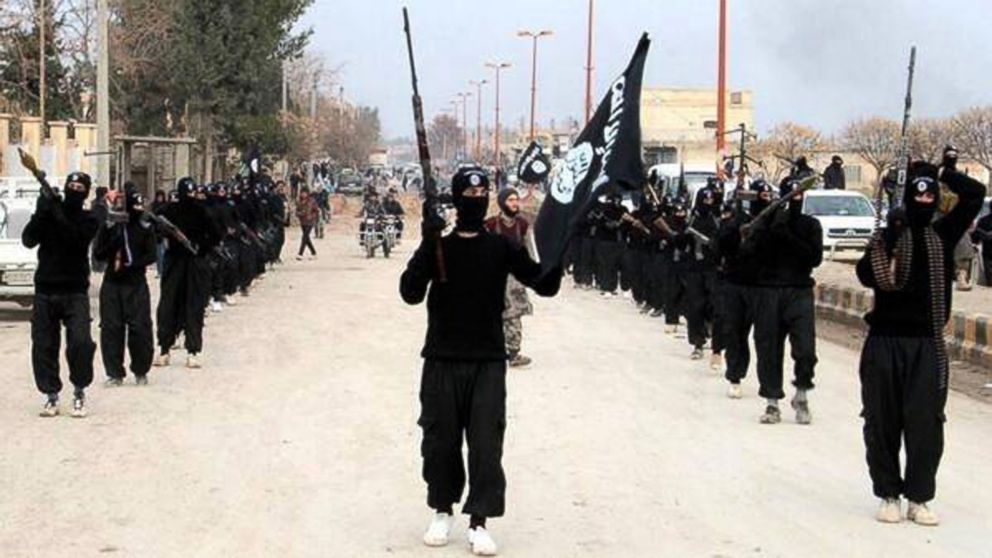 Inside the mind of an ISIS fighter

The mind of any ISIS fighter is mostly fuelled/influenced by a few planets; Neptune deceptive illusive power and Mars aggressive nature, note also the location of Pluto (death) and Uranus (shocking) by house and signs play a very important part steering the natal UCI towards specific criminal endeavors. These are the Neptunian born i.e. Star Phil Robertson.

Sad enough the science of Astroforensic is probably not yet recognized by the NSA, the police, nor appreciated just yet for its incredible potential in the detection of potential ISIS fighters, terrorists, killers, rapists and criminals.

The reality of horrific religious wars (and racism) is something ingrained in the history of humanity, and no one can deny this fact.

ISIS is currently building/educating a generation I perceive as the “monsters of the future” and keep warning you about. Objectively speaking, all of those dead and alive lost souls were the victims of their natal country religious / abusive political matrix-es.

I am so sad that only ISIS is making a good use of my cosmic wisdom by brainwashing those children before, during and just after puberty with religion!

It is a disgrace for the US Department of Education not to pay attention to my lifetime work because; instead of letting ISIS breeding and indoctrinating innocent children into religious fanatics, America maybe could be a great example leading the world into a glorified Unifying Universal Cosmic God.

Once the psyche of a child is formed, it is almost impossible to reverse, as seen with Japan Kamikaze pilots willing to die honorably for their cause.

This situation is very grave and like a cancer, it may become unstoppable regardless of the might of America and its allies war machines. Indeed watching the momentum of my 1995 religious war unfolding right in front of my eyes makes me wonder if humanity will survive the next 50 years.

The world is not yet ready to assimilate my cosmic wisdom or my visions and all I have is my supporters to help me pass on this utmost critical message.

The sad reality is; this upcoming cosmic fluid will endorse ISIS caliphate and worry me so much… But it seems a rational stubborn science is still unwilling to invest in the Soul of the Cosmos and acknowledge its impact upon the earth and its precious human cargo.

I keep posting my warnings but I see nothing of any spiritual/psychical value being offered to the children of the future. Time to help me and get my Astropsychology schools operational is indeed overdue. And then, would parents really send their kids and how many of those kids would really use the material suitably if all is predestined? It all starts at home…

Sending your children to the traditional scientific and religious matrix-es is something set by a system no one can ever dream of altering. My goal is not to close all churches and schools but to offer a “cosmic” spiritual education to the children, so they can integrate themselves with a much bigger subtle cosmic purpose. We do not need more Adam Lanza do we?

But there are millions of cults and thousands of religious institutions i.e. Scientology, Mormonism etc. where tremendous resources that will never be used to bring forth your children cosmic awareness. Just the opposite!

Those well established, wealthy institutions, while very productive in so many ways,  DO NOT serve humanity psychical welfare and the children of the future!

“Human are machine of habits reluctant to make any form of changes” Dr. Turi

But I can guarantee you those changes are on the way…

SOS TO THE WORLD 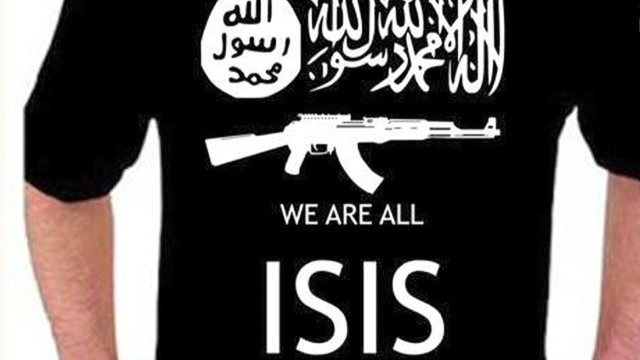 All the keys words and detailed predictions will be posted in my Cyber Cosmic University and offered to all my VIP’s soon.

People think the only way to stop a terrorist is to understand his mind and motivations and eventually re-educate them or kill them. At least this is what the norm and Phil Robertson think!

CONVERT THEM OR KILL THEM

However, once the mind is putrefied, THERE IS NO RETURN, only death will stop the mad spirit.

There are as many ways to stop a cancer as they are to obliterate ISIS but as a rule, cancer wins much of the time… But cancer can be stopped in its track if you do not feed it, if you do not smoke, if you do not stuff yourself with bad saturated and other fatty food, if you exercise regularly or get some exercise, do not drink in excess, avoid legal and illegal drugs weakening your immune system.

But this type of cancer is MENTAL/psychical and not physical, thus the best fight against cancer and ISIS WAS PREVENTION.

It’ like sending your children to school where their teachers forces them to smoke weed, get drunk and learn to decapitate others everyday day! And if you think I exaggerate, I have news for you readers, I do not! 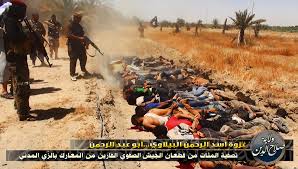 The picture above is the epidemic of ignorance where religions, politics and mass murder stimulate the ruthless leaders. And you think you are safe in America or in Europe because of your military might? Do not be fooled readers, remember this is psychical cancer no one is understanding and attending yet, but Dr. Turi!

Killing Osama Bin Laden did not kill the cancer, in fact it stimulated its growth even faster!

It is crucial for my readers and supporters to comprehend this “cosmic” phenomenon, then provide me the help I need and start educating all the children with their relationship with God cosmic divinity.

Since the dawn of time, the Creator has shown his truth to the humble, a truth that is hidden from the vain blinded by worldly pleasures, but which is written in the skies, which nightly speaks of the glory of God.

Nothing else will ever work, even if you bomb ISIS to total submission or eradicate them all, the cancer is psychical and left totally intact in the mind of the population! This mean, in time, they will be back because I do not see American on the ground exterminating indoctrinated children.

They will grow up  and with it the cancer inserted in their psyches by their moronic religious parents… It does not take a genius to realize how such a complex situation can be so easily fixed if you take the cancer at its source.

Imagine the billions of dollars already wasted to fight ISIS, how many Astropsychology schools all over the world could be built with such fortunes?

In a world where political leaders assign themselves to religious archaic convictions and trust its infantile scientific community only extreme stupidity can plague the rest of humanity.

The war is taking place on earth and the heavens readers, the Age of Pisces (delusion/religions/deceptions) is coming to an end. All imposed by a cosmic God preparing the world for the Age of Aquarius which hopefully should last for the 2000 years.

But this age can also be the last one experienced by humanity, if we do not understand, follow, heed the universal laws and UNITE…

Nothing of this “spiritual” nature is offered to the  US children, instead ISIS is using the stars correctly to impregnate innocent children with evil. Where is America?

If you do not realize the emergency of this situation, we will soon reach the point of no return and like all the prophets of the past, my awful visions of the future will be also confirmed.

It now that we must act, but you may also decide to aim for a more positive, sugar coated, uplifting writer trusting a false God to save you all… If you think Elvis (or Jesus) will ever come back to save your soul, you are in serious denial and probably unreachable for the time being.

I know the undiluted true is never appreciated nor heeded but the facts are right there, right here, right now in front of your eyes with ISIS. I know exactly what to do to reverse the psychical damage and KILL the cancer consuming humanity’ spirit.

I know I do sound redundant to some, but it’s because my crucial message must be assimilated and this can only be accomplished through endless repetitions. You can help me by posting my articles all over and offer other curious readers some explanations and the understanding to what’s going on with the world and ISIS today!

Not all human beings are under-developed psychically or idiots, and this is why more and more people are joining the Cosmic Code website.  They came to finally realize religions are the cause of human suffering but exonerating themselves from my Cosmic God is a BIG mistake.

Dropping bombs all over areas controlled by ISIS is not the solution to put an end to this nightmare. I see the US actions more as a series of well controlled cancer drones radiations but those endeavors will never stop such an advanced psychical cancer.

America is the place where God lead me back in 1984 to start a tremendous difficult journey. This is where I must first re-introduce its population to the creator cosmic identity.

It is right here, in the US that I do battle this cancer and offer all my readers and the children of the future the real option to acknowledge God as he is!  To  agree on ONE single God, one single Universal religion, and one single purpose to live in peace and harmony with each others.

This is the vision I must maintain in my heart and soul so I can still find the strength I need to fulfil my mission to free humanity from fear and ignorance.

I HAVE A COSMIC UNIFYING DREAM FOR HUMANITY!

God is trying really hard to make his children aware of the gruesome HELL they created for themselves with over 875 different religions.

Again, you did not land on my work by accident reader, there are no accidents! My cosmic God HEARD you loud and clear in your search for the truth and lead your eyes and mind to my material.

Yes, you asked and so you shall receive more information if you are curious enough and willing to exit your fears and imagination. No, you will not end up in hell, remember you are already there, YOU and so many other cosmic unconscious men created in the name of a false God.

It is only when you are ready for me and my cosmic wisdom that you will be allowed to rise closer to the creator and make a good use of his celestial design. Are you?