THE FACT IS DR. TURI IS CNN BEFORE CNN!

Asteroid to fly past Earth is this another Omen? Do you realize how many cosmic events we had last few weeks reader? 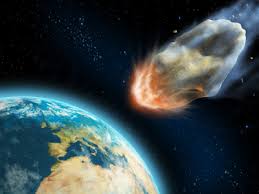 Another obvious “cosmic omen” of the shocking upcoming news to  be announced on CNN page soon, something 99.09% of a cosmic unconscious world is unable to  perceive… And this is why there is Dr. Turi!

Note to the skeptical young souls;   My latest The Cosmic Code radio show of Mar 06, 2013 offer you with the undeniable dated proof of this “cosmic news” prediction, all you have to do is to listen to the show and the words I used. Note also much more information and prediction printed in my 2013 Moon Power are posted for my VIP’s eyes in “March 2013 Daily Guidance and Predictions.”

Knowing that my work is read by millions on the Internet, is any scientist learning anything yet?  Amazing isn’t that the news posted on CNN offered by scientists at NASA’s Jet Propulsion Laboratory in California today were offered and printed in my book last year and announced to the world in my radio show well before they saw the object in their powerful telescope! I wonder when our infantile science will start exploring the reality that the Cosmic Code mechanics also imply an undeniable timing I obviously own. We still have another day for this window to manifest on CNN! But this does not mean a cosmic unconscious scientific community will ever give me the Nobel Prize for teaching them all the secrets of the Cosmic Code since 1991 on the Internet!

All the work I independently generate is well ahead of today’ science perception and still “pseudo-science” to them all. It amazes me that the obvious can not be accepted because today’ scientists use their formal, incomplete education and no real clues or information/education involving my expertise! Mean time all the facts are there, collected for ever for future generations made up of a much smarter crowd of curious, more intuitive cosmic conscious refined Astrogeologists…

THIS MEMO IS A FOLLOW UP TO  YET ANOTHER PREDICTION THAT CAME TO PASS!