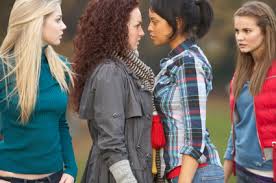 (CNN) — Authorities are investigating whether it was an extreme case of bullying that led to the death of a 17-year-old student in Argentina, after she was attacked by two women and another girl last week…. 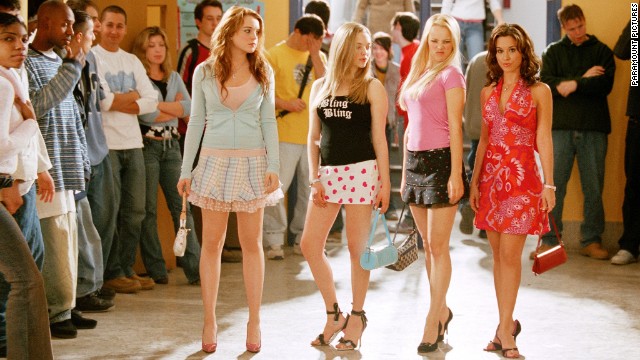 The movie grossed just over $129 million worldwide and helped cement the career of Lohan and launch others, including Amanda Seyfried, who told the Los Angeles Times it was her “best work.”

And this is the irony of the entertainment “educational” matrix breeding all the bullies of the past, present and the future monsters I keep warning you about!  Science (the atheists,) religions (God fearing poisoned souls) and the entertainment (aspiring actresses) matrixes are to blame for the deterioration of the human psyche and instead of glorifying fame, ego and wealth your children should be taught all about their cosmic nature instead! 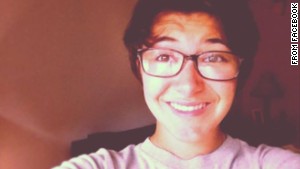 I AM THE LATEST VICTIM OF TODAY’S INCOMPLETE EDUCATIONAL SYSTEM!

16 year old Maren Sanchez murdered in the school hallway because she turned a boy down for the upcoming prom… Her date of birth is August 26, 1997 and here is the sentence that was taken from the following report provided in the link to follow:

Billions of kids all over the world are watching many form of aggressive TV series or play deadly games, and those kids own a UCI that could easily be Neptunian and/or Plutonic in nature and such programs/endeavors can only steer their fragile psyches to act out the good or the worse of their cosmic nature.

I recall as a child literally becoming Zorro or Bruce Lee in the streets of my village (and in school) once the movie was over and in “Donald Sterling ‘When ignorant folks want to advertise their cosmic ignorance’ I gave more information how easy it is for a teen to become infatuated with a movie then become a killer!

Keep in mind that; many of those teens, would they be the perpetrator or the victim, could be born in April or October, or own a rising, natal or hidden Aries Dragon and many will end up, neurotically / subconsciously acting out the aggressive 2014 Arian Draconis.

Furthermore each and every human being is subjective to his/her own 2014 Personal Cosmic Biorhythms making them extremely sensitive and vulnerable, especially if they are cosmic unconscious and unaware of those powerful destructive emotions.

This unconscious world is living in total infraction of so many cosmic rules and the carnage and heavy penalty can never be stopped because money, ego and the Universal unconsciousness! I may sound redundant readers but making and selling more legal drugs, building more jails, more movie studios, building more “accredited” Universities,  religious  and sports buildings happens to be an endless, phenomenal rewarding business investment because it offer jobs that fuel the US economy!

But all those matrixes are doing NO GOOD to the welfare and the development of your children spiritual attainment and values because ego, fame, wealth and power is taught to rule it all! The rational, rogue, animalistic side of humanity is endlessly promoted through those “educational” matrixes and the detrimental result is the explosion of gangs, crimes, bullism, autism, drug addictions and suicides! Indeed the casualties are your children and 50 years is all we have to reverse this tsunami of abusive “educational” ignorance.

All can easily be fixed and reversed if the “educated” US Department of Education authorities accept the fact they’ve lost the battle and try something totally new for a change!

Adam Lanza’s deplorable act speaks of all the children living in a country gone mad because the religious, scientific, entertainment matrixes refuses to take responsibility and keep ridicule my lifetime work, supremely advanced  cosmic findings on the human mind and its direct relationship with the Universal mind.

With so many disastrous news involving today’s born killer children, America became so desensitized to the terrible news and keep ignoring the signs and my warnings.  It is so more appealing to many of my over sensitive readers to ignore or mute me because the truth is too much to handle. Ridiculousness rules, the false stars many envy, called celebrities and their banal lives get all the attention they do not deserve because they bring NOTHING to your own life what so ever.

This egotistic dance of evil do not benefit humanity’ spirit aiming for a life full of love, peace, respect and happiness. The blasphemy of a young born ashamed racist soul is advertised world wide instead of learning of the inner cosmic reason for yet another non cosmic conscious peon of the stars… Donald Sterling ‘When ignorant folks want to advertise their cosmic ignorance’

I wish I had better news for you my readers, but I don’t, just because the cosmic energies at play today “the quickening” are much more powerful than they ever were in the past. I wonder what will become to this lost world once Mars, “The Lord of War” speaking the racist reborn spirit of Hitler gives room to Neptune starting in 2015. Google “End of Religions Dr. Turi” and pray the false God humanity fell for because of  man’s religious folly created by the religious matrix! But do not expect this archaic God to hear your voice nor see you because you do not know much about the real Cosmic God above pulling the strings through the signs…

Life is a constant process of changes but humanity is very slow assimilating any changes, especially those related to the spirit, beliefs and religions… The good news is, all curious souls can and will always drink at the revitalizing astral fluid offered through my Cyber Cosmic University but only my VIP’s are acknowledging the Divinity of a new God they can hear and see through my predictive work!

Our children are our most precious resources because they are the pillars of the future, but those abusive matrixes do not take no prisoners and the children are NOT spared! They KILL everyone of them so THEY can survive and promote their “educated/religious” kind and keep controlling both your hijacked spirits and your wallets!

I am now 64 years old, and I would HATE being a teen attending school or an innocent child born today! Those in power who could make a difference are too much into themselves, too religiously poisoned or too “educated” to  serve future generations appropriately. All they have is their false God, their wasted prayers and a total trust in their infantile scientific community who ridicule anything related to the spirit and God himself!

In their mind, they will one day, fly to Mars or find the “gene” responsible for being gays or a bully! While last few years science has accomplished great miracles to better our physical world, spiritually they are still in the “Dark Ages” and fully responsible for all the problems experienced in today’ modern society.

It is simply impossible for humanity to progress indefinitely on its physical plane only and totally ignore its spiritual counterpart! Religions, gurus, prophets wanna be including traditional medical psychology / psychiatry accepted disciplines are at loss. All science can do is to make the situation much worse by prescribing their patients with a variety of dangerous medications and their horrific side effects.  And  for the religious mass, prescriptions take the form of deceptive “benedictions/protection” from their chosen deities and false deaf God.

It is simply impossible for our society to reach balance if all scientific experiments are designed to promote and benefit this dense physical world only!  With such a latent intellectual intuitiveness combined with a stubborn lack of mental curiosity, the incompetence of all those “educated” kids amazes me! But this OCD skeptical born generation still assume they know better than their spiritually gifted elders…

Ask anyone around you about their faith for the future or the government… Again you do not have to be a true Prophet to realize where this world is aiming for, or his total self destruction…  What do you think Satan is readers and what is evil made of? What are the vital ingredients generated daily by humanity, the force of evil need to survive and grow like an unstoppable cancer?

Let me tell you…

Sad enough, while thousands of people read my work from the United States Department of Education there are not a single soul in a position of power willing to help me in my mission to salvage all the children spirit…And Satan is having a blast!

All that makes the glory of all the animalistic instincts of a sub-human… Now, in all the famous people that are consumed with themselves and all the “right” people unwilling to stand with me, we could take Miley Cyrus as an example of what power and fame does to human… It rotten them to the core, and in no way will they take a chance to do the right thing for all the children of the future…

But the devil I am referring to is not a “biblical” entity made by man’s religious folly, it is more of a “cosmic unconsciousness” or  a mixture of fears and IGNORANCE!

Indeed “Ignorance is evil, knowledge is power,”  this means acknowledging,  reaching  and using  all the blessings of a Cosmic God regimenting humanity from the heavens and try hard everyday to make this world a much safer better place for us all…

I wish I had a bit of “sub-human” in me sometimes and concentrate on my retirement only instead of worrying about all the children of the future…. Yes this is where my gift becomes a curse and no many people are listening to the urgency and gravity of this situation… Indeed all I can do is to refresh your memory because 50 years is all humanity has left…

Endorsing, donating, promoting the current system or the religious, scientific, entertainment and news-media “educational” matrixes is all the EVIL of ignorance needs to consume us all…

The voices of heavens and God true cosmic divinity can not be ignored nor silenced for ever and while all Prophets of all times  already saw the end of this world, I can’t help to trust my Cosmic God to save the day and with it, humanity…

All I need is for this highly skeptical and doubting modern world to realize where science and religions took humanity and to start investigating all my claims… Only when I see my first Astropsychology school operational will I have faith for the children and the future of this world!

Twenty years of the reign of the Moon having passed,

Seven thousand years and another will take up his throne;

When the sun shall complete its weary days,

Then accomplished & proven will be my prophecies.

In this quatrain, Nostradamus tells us that in the Last Days all his prophecies will finally be proven true.  Unfortunately it will be too late for them to benefit anyone in a highly skeptical and doubting modern world.  The Seventh Millenium of mankind’s civilized existence on this planet witnesses an age of high technology and amazing scientific achievements.  God and His prophets are soon relegated to a rather insignificant position in a world more concerned with following its own path to perfection.

Lastly;  If you have to travel pay attention and be prepared. Those warned will be able to work in harmony with the Cosmic Code jurisdictions (God’ will) and make a good use of my daily guidance and predictions…

May 2014 Elaborated Horoscope For All Signs

May 2014 Daily Guidance and Predictions