“There are specific Universal Laws designed by God – Consciousness – is the awareness of a divine cosmic  power and use it wisely to build emotional, financial and spiritual stability!” Read the future –  Watch the future! Dr. Turi

This mother took her children’s phones and shot them to teach them a lesson!

This mother took her children’s phones and shot them to teach them a lesson!

11/12/18 – Call this Mercury (communication/cellphones) retrograde (bringing the past alive!) But rednecks and 99.9% of society are not cosmic conscious and act out the will of the reptilius using the stars… Read more!

Mercury Retrograde Explanations There will be three major negative SUPERNOVA windows and countless SOS to the world deadly windows in 2019. Each destructive “window” is operational for ///////////, thus caution is strongly advised during this period.

Chain reaction accidents, Four-car, chain-reaction accident stops traffic on West Main Street – Woman killed in chain reaction crash in I-40 construction area – Bossier City Police search for truck after chain reaction crash Heavy loss of lives due to nature’s devastating forces, aeronautical disasters and heavy structural damage is to be expected – Wildfire an extraordinary ‘beast’ People and affairs of the past will comeback to make the news again – Two years later! – A year after Waco, bikers open up about deadly shootout – Landmines in Trump’s past – Diamond rush leads to ancient secret – These 21 Abandoned Military Sites Will Leave You Speechless – Joan Rivers’ family settles with clinic – Unseen photos of Europe after World War II – Prison escapee recaptured after 50 years  – Romney: This is ‘disqualifying’ 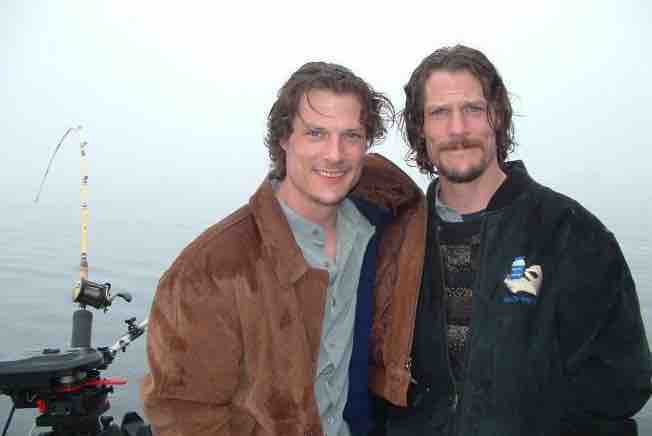 People and affairs of the past will comeback! I did not hear from them for years, indeed I recall the great days I was broadcasting with Don and Doug! Mercury the planet who rules radio and communication turned retrograde a few days ago and the reptilius used those fiery cosmic winds to destroy the voices of those truth seekers… They need all the help needed to start again and beat the reptilius.

Mercury makes rare pass in front of the sun

Mercury, the smallest planet in our solar system, passes between Earth and the sun about 13 times a century. The last trek took place in 2006 and the next one will be on November 11, 2019, according to NASA.

With all due respect to the scientific community, in no practical way can such a rare event efficiently benefit or serve humanity. My latest article titled “The outrageous cost of being an ABUSED model” is offering a better use of cosmos, than what cosmic unconscious famous astronomers, astrophysicists and psychologists could ever explain.

The SCI experts at work!

Update: 5/3/2017: 100 roads closed around St. Louis  Humanity is losing so much for not investigating the cosmic code jurisdictions and trust religions and science before God cosmic Divinity, (or our cosmic work!)

It doesn’t seem as if those traditionally “educated idiots” will ever realize the subtle spiritual values and rigid purposes involving our local system!  I am also fascinated by the immensity of intellectual idiocy conveyed by those scientists, especially when my well documented predictions could never be denied…   Sample for April 2016 Forecast & Predictions by Dr. Turi Part 5 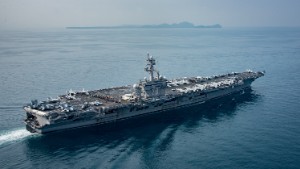 Thus today again, I will offer my worldwide reading audience another option to check my claims and realize how limited those traditionally educated astronomers and astrophysicists truly are.  But do not expect any of them to ever honor the word science or make notes of my forecasts. Indeed spiritual “educated” pride rule, not the indisputable facts I represent!

I don’t even think that those so-called smart heads even understand the depth of the words used by Nikola Tesla and all they can do is to assume they know better than him and I.

Dr. Turi own the secret of this core and teach the entire world on radio and television

Be sure this crowd of cerebral academics will never ever acknowledge the evidence that Astronomy is a by-product of the Mother of all science reflecting the incredible, but lost values of Divine Astrology.   “Big solar storm heading toward Earth predicted by Dr. Turi a year earlier!“

Thus I will update this article with the news I am anticipating  for the second 2016 MERCURY RETROGRADE – SUPERNOVA WINDOWS. This mean you will have to comeback regularly to acknowledge my “visions.”  Note I am not a psychic, I use a modified software created by my request, through Halloran Software in Los Angeles.

There will be three major negative SUPERNOVA windows in 2016. Each destructive “window” is operational for ///////////, thus caution is strongly advised during this period.   Chain reaction accidents, Four-car, chain-reaction accident stops traffic on West Main Street – Woman killed in chain reaction crash in I-40 construction area – Bossier City Police search for truck after chain reaction crash Heavy loss of lives due to nature’s devastating forces, aeronautical disasters and heavy structural damage is to be expected – Wildfire an extraordinary ‘beast’ People and affairs of the past will comeback to make the news again – Two years later! – A year after Waco, bikers open up about deadly shootout – Landmines in Trump’s past – Diamond rush leads to ancient secret – These 21 Abandoned Military Sites Will Leave You Speechless – Joan Rivers’ family settles with clinic – Unseen photos of Europe after World War II – Prison escapee recaptured after 50 years  – Romney: This is ‘disqualifying’ 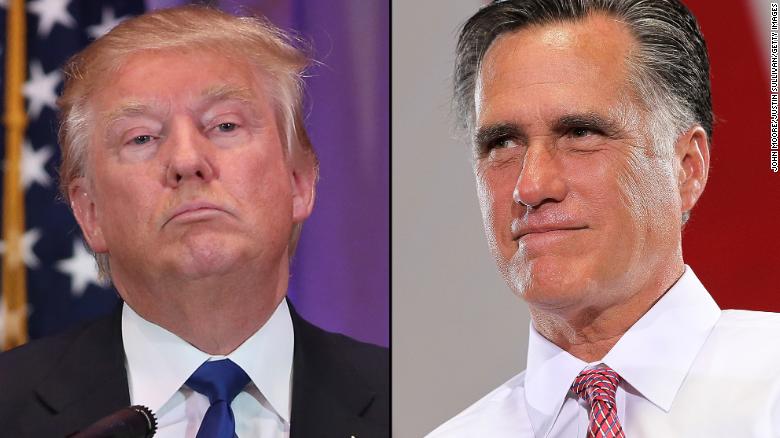 Trump continues to resist calls to release his tax returns

Once more realize that I do not use traditional dates found in popular ephemera. Years of practical observations lead me to extend the Mercury retrograde motion and period of time.

The same energy that produced the Titanic disaster, The real cosmic reasons why the Titanic sank! miscommunication, the Northridge, Los Angeles, and Kobe, Japan, earthquakes is approaching again Let’s ad. Double-check all your appointments, and if you can, postpone sports events, traveling and flying  Pilot killed in air show crash  during this Supernova “window.” 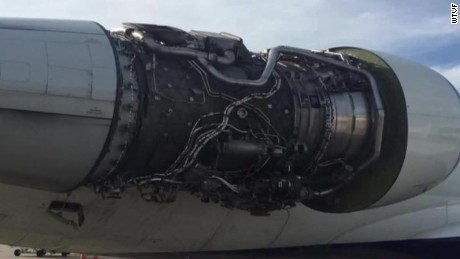 Communication and electricity will be cut off, miscommunication and misunderstandings will become obvious. General loss of power is to be expected. Appliances, computers, telephones, televisions, planes, trains, cars,  buses, all of these “tools” will be negatively affected by this cosmic energy.

They will be stopped in one way or another. People you did not see or talk to for a long time will reenter your life. Expect troubles with the post office, education, students, strikes, prisoners’ escape, newspapers, radio, television broadcasting industries and computer viruses may bother us again.

Note: Regardless of Dr. Turi’s expectations posted on his website for the second time and his desperate attempts over the years to make NASA officials aware of dangerous Super Nova Windows, the Columbia was also launched during this window producing the death of all brave astronauts.

Many  failed mission and expensive electronic equipment (Mars probe etc.) and our tax dollars have been wasted because of the scientist’s lack of knowledge of the stars. As usual NASA, which is not aware of the art and science of astrology and will waste their time and our tax money with failed missions due to bad weather and electronic malfunctions. In the name of ignorance a few years ago, in the Challenger explosion seven astronauts lost their lives when NASA launched the shuttle under a “Supernova Window”.

Marine life sharks, whales etc may also beach themselves due to Mercury retrograde affecting their natural inborn GPS navigational systems.  –  All these malevolent predictions and waste of lives and equipment do not have to occur. Those predictions do not have to affect you directly as they unfold. Instead, they are printed to prepare you for setbacks and frustrations, thus advising you to be patient and prudent during this heavy disturbing cosmic trend.

There is no room for ignorance, and those who are not aware of the celestial order, including the NASA space-program management teams (and others aiming for the stars)  will continue to pay a heavy price. In all mankind’s affairs, ignorance is true evil. Why any scientist against my research does not honor the word science, which is based upon solid investigation; is solid proof of “all knowing” mental snobbery and unwillingness to expand psychically.

Omitting any physical or spiritual laws can only bring an heavy penalty; for science’s real purpose is to explore all possibilities, even the cosmic laws I teach written in light via the stars.

Check the full results of another Supernova window

Thus next time science is offering you another very expensive advertisement on CNN “Mercury makes rare pass in front of the sun” in all the predictions above, please reflect in your judgement to endorse, promote and accept the fact that divine astrology; when practiced by gifted professionals, will always surpass astronomy entertaining news.

This does not mean all science is unreliable or a waste of time… I like science! But it is incomplete in its latent spiritual default.

There is much more behind what the monopolizing religious and scientific matrixes want you to know or, more precisely can divulge. Mostly because those traditional, “educational” corporations have lost the essence of God Cosmic Divinity and the true purposes of the stars…

I do not expect the blind “herd” of skeptics, atheists, agnostics and traditionally “educated idiots” to make any practical use of my cosmic wisdom or heed my warnings because my spiritual task is not designed to serve this incurious crowd. It is specifically designed only for those who can relate to my work, to my ingeniousness and the reality of a Cosmic God speaking to humanity through the signs.

Lastly, a Mercury retrograde window ALWAYS bring serious disasters and those already mentioned above is a representation of what is to come… Think of a nasty weather which will last for many more days to come and heed my warnings, especially if you decide to travel during one of your 2016 personal negative cosmic biorhythms.

Indeed you could easily land at the wrong place at the wrong time and pay the ultimate price for omitting or ridicule God cosmic will. Flying is a serious risk you take if you are cosmic unconscious!

“Let who ignore my warnings be cursed by the eternal rites of the cosmic code universal ceremonies for a Universal God does not speak to fools.” Dr. Turi

A MUST READ – BE CURIOUS!

Read all about the MISSING Sunday May 22nd, 2016  “Unexplained Paranormal Podcast” with host Howard Hughes