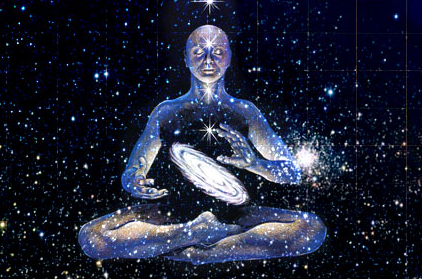 Can Psychologists Learn More with Astroforensic? You bet!

There is no “Cosmic anomalies” in the Universe, only a divine universal plan induced by God’s real cosmic divinity! The only obvious anomaly, is the unconscious scientists’ latent curiosity to investigate its spiritual purposes and accept the reptilius reality! Dr. Turi

From Helga VIP;  “First of all Dr. Turi, my sincere condolences to your homeland and its people for loosing their life’s once again from a terror  attack, that was driven by radical religious people. We must stop being political correct. In my opinion, this is certainly a religious war against the whole world. It was tried twice before in history and this is the third wave happening in our life time. Good words will not make a difference and saying I am sorry for your loss is not enough either.

I am just as frustrated as you are but do remember, that real prophet’s of the past have gained notoriety after they had passed away. Look at Jesus or Nostradamus. They were poor, tried to warn people, were laughed at, spit at and had to write their messages in secret code yet eventually got killed by the masses. The general public just doesn’t want to see what is really going on and happening and they will always kill the message of messenger if the message is not to their liking. So keep on tracking as this is your lot in this lifetime… There are some of us who do appreciate you.

In the wake of this anticipated terrorist attack I received quite a lot of emails of support such as the one sent by Helga above. Thank you for your prayers of compassion but as Helga wrote, prayers are not enough!  Sad enough this religious war was predicted on Art Bell national radio show in 1995 and for me, 21 years later to watch my visions unfold upon the world is not a surprise at all. Your political, religious and scientific leaders have all, let you down and will keep denying and ridiculing the undiluted truth we own!

Listen to Art Bell shocked words “WHAT? A religious war?”

But also what is depressing is that; my endless attempts to reach society and the secret services with my “visions” of the future and which offer the true reasons behind the terrorists carnage and real solutions  seems to endlessly fall in deaf ears.

Who can deny such obvious predictions? SOS to the world July 16 Deadly Window and the reptilius infestation? Police: Social media star strangled by brother

As mentioned in my You tube videos, directly reaching and offending the FBI authorities on their websites has never worked and probably never will! All assume I am a deranged man when those traditionally “educated idiots” have much to learn and gain from my cosmic wisdom.

And like the “Paris Attack” video posted 11/15/2015, my crucial messages were muted by my “Internet Enemies”  and received limited attention… Google, Satan’s Minions and Dr. Turi

Terania and I are not after fame. We know better than to sign our lives away to the entertainment matrix, then rely on legal or illegal drugs to fulfill a contract and impossible physical and mental obligations that would lead us to join the long list of celebrities who already committed suicide.

Our aim is to inform you of those relentless, deadly cosmic winds taking the lives of so many uninformed, conditioned or innocent people and avoid being at the wrong time at the wrong place…

Because of impenetrable wall of fear and ignorance, I stopped publishing my book “Moon Power” in 2014 – Note: I stopped the publication and offering this book to the public because my cosmic work is not grasped nor appreciated by a religious and/or atheist society. I offered this book for free mid year since 1991. Yet cosmic unconscious mainstream readers could not relate to the Moon Power. We decided to publish it for our VIP’s only every months of the year instead. (Join the Cosmic Code to read it”)

I always knew my work could never make it to the N.Y. Best seller’s list because the world is far from being able to realize how God speaks its cosmic will to humanity. Meantime billions of dollars are exchanging the same greedy hands while “non profit organizations” are making a bundle in the name of your good gullible hearts!.. FTC: These charities are shams, Help Dr. Turi instead!

Attacker in Nice was ‘radicalized rapidly,’ French interior minister says… Mohamed Lahouaiej Bouhlel was ‘radicalized? NO he was religiously poisoned or reptilius INFECTED! Same difference but the authorities don’t seem to know about the reality of UFO’s, ET’s  agendas and the Cosmic Code…  Depression, Dementia, Suicide and the Reptilius

And explaining what’s going on with the rational Millennials working for the secret services and the police was another waste of my time!… Opinion: Why millennials struggle? The Hard facts by Dr. Turi!

Mohamed Lahouaiej Bouhlel was ‘radicalized? NO he was religiously poisoned or INFECTED!

Thus my decision to stop offering my pearls of wisdom to an unwilling or intellectually deficient, gullible, easily amused public is justified and I would rather go fishing and boating instead.

Since I do not offer predictions or educational articles anymore, I have much more time on my hands thus;  there will be many more great trips and remarkable experiences in time to share with our VIP’s!

Yes, I will but offering the real reasons of Mohamed Lahouaiej Bouhlel’s deadly actions and his psychological make up or his natal karmic (UCI) is not for the public anymore! Only for those who can appreciate the undiluted truth and understand while also making good use our cosmic wisdom and forecasts!

Something the secret service needs but the article offering the critical values of applying Astropsychology or Astroforensics to “detect” a born killer terrorist serves no purposes to the FBI community either… “The psychology and neuroscience of terrorism by Dr. Turi“

This crucial newsletter is for those who ask only or our VIP’s only! Join us today and get priceless information a rigid, controlling system will never know not share!

THE FUTURISTIC ART AND SCIENCE OF ASTROFORENSICS AT WORK TODAY!

IN CRITICAL DEGREES: (Mansions of the Moon):
Sun
BlackMoon

Time to wake up to the truth involving all the infected matrixes!

FREE YOUR SPIRIT WITH US

There should be no reason for you to feel or be alone in this wonderful world. Soul mates do exist. I found mine, regardless how hard and deceptively; sophisticated the forces of evil are.

I survived cancer, valley fever, pneumonia, deadly accidents and violent enemies in both the open and hidden worlds. Those forces are real and can only be explained and removed by a gifted soul doctor. There is no denying the existence of both the physical and spiritual realms nor reality and experts on both worlds are rare!

The benevolent Draconis can hear your prayers and somehow, will stimulate you to land on me because the depth of your questions or situations can be attended and remedied through my cosmic expertise.

Indeed you are in real good hands with us but your biggest challenge is your fears, or exactly what those nefarious reptilius need to keep you trapped in darkness.

We are the light we speak and teach all about in cosmic light. We are the beacon you saw from far away, in the world of darkness you sank in. Let me help you rejoice, find the reasons for you to be a child of the universe, explore your karma, your past lives, your gifts and even your sins.

Let me do the crucial cleansing and tape our conversation; offering you those vital cosmic teachings and my predictions for your future. Let me turn you into the captain of your life and sail your ship safely away from typhoons and to the islands of paradise.

Once you are done with me, you will join thousands of other seeking souls who have only the beautiful truth to say about the regenerative, exceptional values of my cosmic work!… What Does The World Say About Dr. Turi?

To counteract the negativity found above with my upcoming SOS to the world deadly window warnings, we are rekindling our July 4th  deal but for only 48 hours. Make the most of it and let me help you!

Louis will speak on the current universal dragon in Virgo / Pisces and it’s impact on the world, as well as how it will affect the upcoming 2017 axis in Leo / Aquarius. He will also speak further about E.T.’s both benevolent and reptilius as well as UFO’s and other metaphysical secrets.Email Pat or call during the show if you want to experience a mini reading on the air.

have questions about a dream, a wish, fears, a job, a decision to make etc.  But again, this work is not for normal people but for those who vibrate at a very high spiritual cosmic speed. Join us, we are there for you in the Cosmic Code website.