Replying and adding to my husband newsletter titled “Teacher grabs student by neck, IS THIS A JOKE? A Must Read If You Are A Teacher!” (or a concerned parent.)

No matter what… There needs to be a complete trust in something before there can be any type of understanding from the person who is trying to understand, just the same as that persons individuality still stands in line prior to a certain type of individuality which can be presented.

Trying to teach someone about a certain type of information outside the limits of that person’s style, is usually going to create none other than just another ‘trained’ sucker that the masses will still be ready to tear apart.

At the same time, a tutor tutoring someone who has an entire absence of any trust in the infinite spirit, is also just bringing about yet another enlightened skeptic.

While it be that the community systems for education continually brings about many traditionally educated graduates daily, many are also still the usual ‘nerd’ who get eaten up by the ‘dogs’ anyway within this dense physical plane aka karmic school.

Although it is important to teach kids before a certain age about the universal life force divine laws, they  are rather forced to believe or do things – where  the progress of the more mundane principles are concerned more so. And where many are evolving, many are also deteriorating in their morality too.

Just look at all the bad reasoning from the past that is still going on, and many may say it is based on exceptional sense just because maybe Hitler or some other comrade or one of dignitary status has agreed upon just because it may be based upon what  some other naturalist or geologist agreed to, for instance.

Look, whether it be the socialist government, or that of any absolute rule – the belief that no holy spirit exists along with that of anyone’s development for the real knowledge amid the myriad of doctrines, they still all become equivalent among every belief no matter which way you are looking at it.

Yes, many desire and are gladly receiving a load of nonsense everyday from the common general departments of instruction…Better yet, call it conventional captivity?

Okay, wait a minute…Then we have people who may disagree and say “Well, aren’t the mother and father or whomever may be in charge of the minor… That they are the ones who are to  explain to their kids all about their trust in things and style instead of the school masters?’

No, that turns out to be  making it clear that one need to consider maybe being very aggressive and to draw with all of their force at once. Do you see the verbal fighting which is bestowed upon us by people who support a certain idea or cause publicly within the civic schooling system are as meaningless and weak as is outside of the  academic organization.

There doesn’t seem to be anyone on the planet hardly, no matter how well of an upbringing they may come from,  that will be able to cultivate or prosper accordingly when they have to concentrate everyday among an infidel or agnostic educational atmosphere or home life.

No one can teach their young-lings in the domestic scene that their religion set up this human race or only their type of flesh on the grounds of being assured that their kids will also acquire from another agnostic or infidel educator somewhere – where it may be that they, the educator  doesn’t believe in the same system of beliefs as well…For instance, that the society has risen from that of the primates of apes, chimpanzees alone…Without having some kind of metaphysical or social warfare.

It is easy to see that is  just as challenging for that of a Christian, Muslim, Jew, Buddhist, Catholic, atheist, etc. etc. etc. person or kid to have to be present within such  a freethinking confinement like that of the community system of educating, since all of those who attend and even those outside are made up of a strict denomination; which none can fully come to the mutual agreement, on that it all goes back to the same great story that was ever told; because it was the only story ever to be told…And let me tell you that evil is lurking everywhere  offering services to you and your kids if you aren’t smart enough to see the facts already.

Democracy is dead, like communism which too has enslaved millions and killed millions and those in between still ride sides with the common enemy in one way or another and it all goes back to some kind of gain and most is done for vanity rather than humanity…. All of it is not some kind of creed; nevertheless more significantly only another underground form of armament belonging to those assumed highbrows in the world; who have engaged and made it their #1 aim to make people like servants.

Remember back to some of the biggest predecessors before us of all of these immoral dogma because unfortunately, there will always be someone trying to weaken the physical foundation of any belief in divinity no matter what one believes. While it is a new age (Age of Aquarius) it is also the death of another but many are like the old knights from the past still in charge of the old and currently the new…At the intervening time, there is still much mass individual demolition and though our planet is much to large for just one solo ‘god’ – there is more than that, of whom are going against mother nature and what nature personified has granted us with. This nature is very disappointed and eventually holds the closing evolution reached for the future but no end of the world.

I mean, I know many would like to think that their $#!+ doesn’t stink but what appears to be pleasant still smells like poo – poo too you know.

“Education is a weapon, whose effect depends on who holds it in his hands and at whom it is aimed.” —Communist dictator, Joseph Stalin (1934) 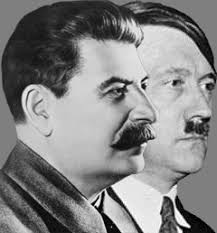 “He alone, who owns the youth, gains the future.” — Adolf Hitler

“For evil to flourish, all that is needed is for good people to do nothing.” – Burke

HELP US IN OUR MISSION, JOIN OUR CYBER COSMIC UNIVERSITY AND SHARE TO THE WORLD!