I am the latest victim of both the religious and scientific matrixes! As suspected and now confirmed, Leelah died on December 28, 2014, right in one of her 2014 Personal Negative Biorhythms.

While my latest Astrological discovery is 100% factual, science is still reluctant to accept  or even investigate my Astrological life work on the inherited “human spiritual DNA.”   This generation of  OCD  born scientists are still looking for the imaginary genetic code producing homosexuality, transgenderism and a multitude of what they perceive as mental disorders using their microscopes!

When will they learn to investigate the mind outside of their conventional education? 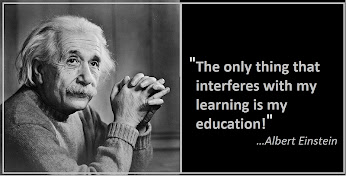 “Insanity: doing the same thing over and over again and expecting different results.” (Albert Einstein)

The scientific community stubbornly still perceive my work as a “pseudoscience” and not the far fetched cosmic ingenuity I own offering much of the answers all are cursed by God to uncover!

In this sad case, both the religious matrix and the US Department of Education (science) are to blame. The fact is; like Adam Lanza, Leelah and countless of other lost souls, have no access to the therapeutic values found in Astropsychology and Astroforensics! This can only make my 2015 predictions irrefutable.

“ALL SOULS BORN  LEO OR PISCES OR WITH A  MOON, RISING, NATAL OR HIDDEN DRAGONS IN PISCES/VIRGO AXIS ARE THE TARGET OF THIS DRAGON AND WILL BE FORCED TO A FULL PARTNERSHIP RESTRUCTURE. MANY WILL BE CALLED BACK TO GOD!”

And Leelah Alcorn was born with a Pisces Dragon’s Tail!

But what the heck this crucial information does  provide  to science or society when my students alone owns the answers to this psychical puzzle? And the immature God fearing souls cruising the Internet perceive those extraordinary well educated brilliant minds as a bunch of gullible victims?

Prediction #3 of  24: “Celebrities of all ages and genders are the target of this dragon where human will realize the glamorous life of the rich and famous is as fake as Neptune taking many away in a wave of  suicides and drug abuse in record numbers.”

Prediction # 6 of  24: “I am expecting enormous loss of lives due to the proliferation of new cults attracting lost souls in search of God **Andrew Keegan starts new religion and its forgiveness through wars i.e. ISIS and a serious increase in mental disorders and suicides.  *India’s worrying level of youth suicides -*‘My Death Needs to Mean Something,’

Youtube is a perfect channel to pass on serious educational messages to save our children from committing suicide or delivering emotionally charged video like  “In Memory of The Sandy Hook Elementary Shooting Victims …”   Instead, pure ridiculousness attract  the millions of wasted hits I need to get the public attention to the serious suicide dilemma.

Were you born gay, trangender or transexual?

On 1/13/2013 I wrote “Were You Born Gay?” but my new and improved cosmic code educational articles are non public anymore and for my VIP’s only! Only those who join my “Cyber Cosmic Code University in 2015, will get the golden keys to what it means to be human! As I did in “Astrology and Sir Isaac Newton Unique Celestial Identity”  let me now expose the latest victim of ignorance disturbed psyche and explain what cosmic fluid produce transexuals, gays and transgenders. Thus if you are a psychologist, a psychiatrist or a neuroscientist involved in mental work and brain researches, join us today. Furthermore, do not expect looking at brain tissues through your microscopes to offer you real answers…

To the young souls; my work is dedicated to save the children of the future and not to use their death as a mean to further an already well established successful career!

“Gender need to be taught about in schools, the earlier the better!” If you are a reader of mine, I countlessly mentioned the importance to reach children before, during or just after puberty and teach them about their Unique Celestial Identity.

At   the tender age of 17, Leelah knew better than his parents, teachers and society at large but his voice, like mine was muted by the evil of religious ignorance. Please take the time to watch and listen to this short introductory video and ask George Noory and producers to have me back on the air soon.

With your help sharing my work, I can only hope for the family and friends of Leelah Alcorn to land on my work and find the closure needed to understand the psychical reasons for her untimely demise. Another death that could have been easily prevented with the appropriate cosmic education.

Leelah your sacrifice is not in vain, we can only  work harder to bring forth God cosmic Divinity to society and all the children chosen by God to die to promote humanity cosmic consciousness. Our task can be made much easier if all the concerned and smart people reading our work in the world join forces to introduce Astropsychology and Astroforensics in all our schools!

If you are able to provide real financial help, please find in your heart the same commitment that we have and help me save different children’s lives.  Show your support SHARE AND JOIN US, this is a start. Please email teraniapromodir@gmail.com or make a donation keep our  Astropsychology school going and help stop the nightmare!

You know as well as I do, not to expect the Us Department of Education, the religious or scientific matrixes to provide any form of solutions! Different Kids do not have to die because of their parents religious convictions or stubborn atheism.

Blessings to all my readers…

THE LIFE AND FATE OF LEELAH ALCORN

IN MUTUAL RECEPTION: Mars in Capricorn Saturn in Aries

IN CRITICAL DEGREES: (Mansions of the Moon):
Pluto
MNNode
MSNode

THE WORLD IS MISSING A LOT STILL!

Be curious, start the New Year by doing something different for your spiritual wealth and health , I promise you to be on the right path to enlightenment and free your spirit from fear of the unknown. Ask and you shall receive is the only way to acknowledge and use God cosmic divinity at your advantage.