“For those who know me and the Cosmic Code jurisdictions, no explanation is necessary;  For those who do not, none will ever suffice…”

NASA’s Hubble Space Telescope recently measured the famous crimson storm on the face of Jupiter at less than half the size it was a couple centuries ago (25,500 miles across) and researchers aren’t certain of the cause.

Now the billions dollars question… WHO CARES? Is the latest findings posted on CNN by the scientific matrix will, in any ways, shapes or forms help you and your family to live a safer more productive life? Furthermore do you wonder why the Lobbyists and  the Republicans block tax credits? Once more the scientific community can only exist and survive with billions of your tax dollar.

Meantime its not a good idea to throw the water with the baby still inside, and I am fully aware of the incredible values, potential and advancements science offered humanity last few years. Let me explain why I am so frustrated with this “educated” skeptical crowd.

Who truly cares about NASA’s latest observation on Jupiter if their findings can never serve the tax payers practically! NASA and the scientific community has yet to realize the cosmos is a vibrant entity (God) and has a soul of its own because those planets interact directly with humanity.

But how can I converse with anyone in French if they never mastered the language? At 64 years of age, I am still in marvel when I translate the cosmic hieroglyphs and observe the undeniable… Can any of those kids looking through the microscopes or telescopes  we paid for know better than me about the human nature and the cosmos? You bet I do, furthermore,  indeed I own the answers all those “educated” scientists will never discover during their own lifetime…

Not only do the planets affect the weather pattern, stimulate large earthquakes, natural disasters, the seasons but each and every human being is affected at a personal level  through their natal UCI.

Human are peons of their own inherited karmic stars and the vast majority is totally oblivious of this fact. Mostly because the religious, scientific and news-media controlling matrixes still monopolize all form of information and mold our children education.

Indeed the stars are so much more than mere rocks, and only those lucky enough to land on my Cyber Cosmic University are slowly acknowledging their relationship with a cosmic God.

We just passed another of my May 2014 SOS to the world windows and I always mention during such windows to expect earthquakes at or  above 6.0… and the results are simply undeniable and repetitive and this episode produced a  6.0 – 6.1 –  6.2 and a magnitude  6.6 earthquake.

And why to this date USGS and NASA never responded to my emails offering them UNDENIABLE very large earthquakes predictions? – But 78000 morons will not challenge NASA or Mars One deceptive masquerades!  One-Way Trip to Mars and the 78000 Signed Up Morons. Those pin heads believe they will one day go to Mars but will never accept the reality of UFO?

It is a shame for all governmental and private institutions to endlessly suck billions and never ever be able to warn you, of the possibility for disasters. To those who knows my work and I well, the word “possibility” is not applicable anymore, but premonitions (using a software I modified)  becomes more an upcoming fact!

There are reasons for the scientific community to reject Astrogeology and Astropsychology!  The main reason is;  their latent/underdeveloped UCI turning their “accredited” spiritual pride (PHD’s, doctorates) into spiritual pride or “I KNOW BETTER THAN EINSTEIN OR DR.TURI ASTRO  PSEUDO-SCIENCE RIDICULOUSNESS,”

Meantime, all they have to do is to honor the word science and investigate the solidity and repetitiveness of my work!   Its all there for ever on the internet, in my radio and TV shows and it is my legacy left for the children of tomorrow.

My accredited education replaced my intuition, my curiosity and killed my soul!

I am an atheist!

“The intuitive mind is a sacred gift and the rational mind is a faithful servant. We have created a society that honors the servant and has forgotten the gift. We will not solve the problems of the world from the same level of thinking we were at when we created them. More than anything else, this new century demands new thinking: We must change our materially based analyses of the world around us to include broader, more multidimensional perspectives.”

Note for my students;

In Greek Mythology, Jupiter is called the “Great Beneficial” it is also the largest planet in our solar system. Where ever Jupiter it is located in your chart,God is offering you a tremendous luck  for growth and the real opportunity to prosper and reach all foreign lands. Jupiter rules the sign of Sagittarius (my rising.)  It is very important to know its location by house and signs as to benefit from its endless lucky, expanding cosmic fluid (dark-matter for the scientists and atheists.)

Jupiter will never, ever reward you unless your aim is projected in a GRANDIOSE way. Let me give you a tip, my Jupiter (luck)  is in the sign of Aquarius (the Internet) and my “cosmic God” sent me great tech – genius friends like my webmasters and Ian that work FOR FREE, helping me to build my “Cyber Cosmic University.” Their benevolent efforts is allowing me to reach millions more foreigners all around the world! I am not the # 1 Google or CNN website but more and more people are awakening to God’s cosmic Divinity  through my work each passing day!

Indeed Jupiter’s location represent the good karma you earned in your many previous past-lives and all your efforts, pain and suffering can never be wasted. Thus a Cosmic God” is watching and making sure you get it all back for free.

Because of religious convictions or skepticism including the lack of curiosity  cursing the majority of people , so many are experiencing miserable lives!  It does not have to be so!

Knowing about Jupiter is like winning the lottery, yet people would rather miss the boat in life than to exit their religious or “educated” comfort zones… If you are lost, depressed, insecure, suffering depressions or a lack of self-esteem, I am the right and the cheapest way to bring back hopes and  health in your life!

renee – I had a live Skype natal reading with Dr. Turi and his information about the effects of the dragon head and tail for the last past 2 years was accurate in my life. His insights are very relevant to my experience and I did not tell him anything. He insisted I do not talk but listen and he knew. This is not parlor astrology or generic magazine/newspaper horoscope readings. Read more… 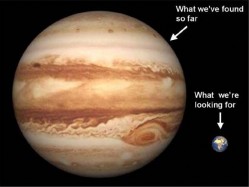 But what is all the fuss about Jupiter scientists are confused about?

“A storm the size of Earth on the face of Jupiter, known as the Great Red Spot, has been shrinking rapidly over the past two years and is now at its smallest size ever recorded, NASA said Thursday.”

As you know there are no accidents readers, only subtle cosmic circumstances our infantile science is unaware of!  Meantime my “visions” and translations may not please everyone…

This complete educational section and predictions is for my VIP’s only!

Life is a constant process of changes, even on Jupiter and you can not blame the billions tons of earth carbon dioxide to also mess the giant planet’s weather system.   Indeed a science who lost the spirit can not relate nor explain the spiritual reasons behind the shrinking of the Great Red Spot.

But I do,  Jupiter rules all forms of HIGHER education, the codification of thoughts, books (bible) Colleges and Universities. Anything that remotely changes “physically” on any planet WILL have a DIRECT impact upon humanity!

Yes science has yet to realize through Jupiter’s cosmic changes, humanity will also change!  I think it is now appropriate to offer one of my VIP the option to win or bid on the  protection of Jupiter!

This item is quite heavy and made with rock formation that resemble the planet Jupiter. It has a nice black steel pedestal and ready to go! Email me at turitrue@gmail.com if you want it, bid start at $100!   Remember we are moving out of the US and you can only bid on tons of stuff  we own if you are or become a VIP!