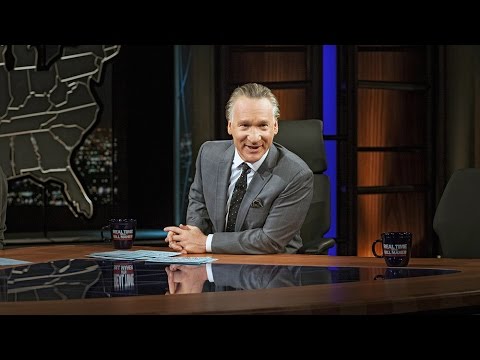 When I made this “religious war” prediction in 1995 on Art Bell Coast to Coast radio show, Art was quite shocked and upset when I also predicted President Clinton re-election.  Twenty years later thousands of journalists are confirming my vision witnessing endless religious disputes on television and the horrors of ISIS beheading and burning people in the name of their convictions.

If I was right 20 years ago, ask yourself will I be right 20 years from now? You bet I will and no one want to experience those apocalyptic visions… People would rather ignore my warnings and pray a false god instead of assimilating the reality of the Divinity of a Cosmic Entity and do something about it!  Delegating, fighting and names calling is all subhumans can do…

Bill Maher is not an atheist by choice but like all skeptics, he was victimized by his Capricornus Draconis inherited UCI and worse,  totally unaware of this phenomenon. One has to be quite gullible to join a cult or any of the 875 different religions available to them but, in my mind, atheists and religious people are both non cosmic conscious, dangerous and seriously misinformed.  There is no difference between atheism (science) and Isis (religion) both are fighting for deep seated religious and political convictions!

While Maher has national stage, he like many others is beating up our President, and knowing Obama’s celestial Identity, I would instead prove my investigation and acknowledge to him the Divinity of a Cosmic Entity humanity has yet to uncover.

Changes never took place intelligently. especially when a mass of conflicting human beings think and behave like retarded, dangerous subhumans. And this why the Universe creates sins and virtues cursing or blessings a multitude of unique souls experiencing life “their ways” on this dense physical world.

The reasons to why Maher is an atheist and became an American political satirist, writer, producer, political commentator, television host, actor, media critic, and stand-up comedian are all cosmic in nature. But no one taught him when he was receptive enough or during puberty, about the cosmic code jurisdictions and the fate a cosmic God had in store for him…

The same cosmic winds created serial killers like Jeffrey Dahmer , artists like Michael Jackson, geniuses like Einstein, classical musicians like Mozart, wise men like Plato and Divine Astrologers visionary like Nostradamus and Dr. Turi.  Where ever you are and what ever you are doing was already PRE-set by your UCI for you to aim for it, use and practice.

In no way will Bill Maher and 99.99% of the world population understand President Obama’s UCI and his humanitarian Uranic Draconis. And two wrong will never make one right nor bring peace between those two popular but unconscious souls.

Approached rationally and intellectually, Bill Maher or Obama’ critical thinking would work in my favor and, like all the above intelligent people who benefitted from my services and teachings, it would not take them too long to recognize the applications and crucial values of my rare cosmic wisdom for society.

Unless a miracle, the chances of meeting any of those men are zero and already set this way by the universe itself because of specific karmic purposes already in place.

The “chosen ones” set to deal with me before I pass are also  part of an order already “written in light”  and no amount of advertisements or articles dictate nor will change this fact! If you decide to have a  Skype session  it is probably because your “thoughts” vibrations caught up with mine and you are ready for all I have to divulge to you.

Meantime, some people stay all their lives at the same psychical level, frozen by religious fears or trapped into dry “educated” proud like atheism doomed to smoke pot till death in a society gone mad! Art class allows you to smoke pot and paint

No one can change anyone else beliefs system without good arguments and f actuality. All provided to so many people at no avail…  But it is not always possible to reach others, because of an underdeveloped UCI!  How can you explain to a fish that there is much more than his watery world above? This is how I feel with stubborn idiots unable and unwilling to jump out of the water to glance at a spiritual cosmos they know nothing about…

There is so much more I will divulge about the future, religions and the cosmic code secrets if you ask for it. Meantime, I will do the full Astropsychology report on Bill Maher’s life and fate and explain all the cosmic reasons for him to be Bill Maher.

If you are one of those rare curious and intelligent superhuman, I know you will join us in our  Cosmic Code Cyber University to learn more. And if you are not, you are not yet ready for my teachings but luckily, there is still eternity available to grow up spiritually.

Born in January, under the sign of Capricorn, Bill Maher is also a born pot head “In case you didn’t know, Bill Maher thinks it’s time marijuana had its day in the sun.”

I am a cosmic unconscious Capricornius “Talking Head” reflecting my dual Mercurial Gemini witty nature and totally unconscious of my Unique Cosmic Identity.  Dr. Turi says “I am prone to die while traveling during one of my “Negative Cosmic Biorhythms” if I do not care to check them lol. I do not believe in this junk anyway…”

ASTROFORENSICS OF THE FUTURE AT WORK TODAY – VIP’S ONLY –  JOIN US TODAY!

Indeed subconsciously Nikola Tesla knew better even if he could not figure it out!

The following will be fully explained in simple English terms where no secrets is spared and all about Bill Maher “spiritual DNA” will be exposed to my VIP’s. If you are a smart curious reader, a student of the mind, a traditionally educated psychologist, a neuroscientist or a psychiatrist, your rational wisdom is incomplete and you can discover the marvels of Astroforensics advanced science through my teachings.