Trust me readers, I don’t want to scare the hell out of you but there is no other way to present you with the undiluted truth! The scary title was chosen solely to steer up your curiosity and learn more on how to beat this  upcoming toxic Neptunius draconis.

The over sensitive souls will never click on the offered links and would rather put their faith in a false God that will never answer their prayers.  Millions of others will be consumed by the Super Bowl instead of paying attention to my warnings. On second thought, don’t you think some of those fortunes should be spent on cosmic education to avoid humanity impending fate?

The Super Bowl wouldn’t advertise my warnings to America, as I am not part of the religious or scientific matrix wealthy corporate America. And even if I was able to pay my way through, many drunks wouldn’t pay attention and Neil DeGrasse’ atheist teachings would be hard to beat…

When reading my articles, all atheists and skeptics alike can do, is to hide their ignorance through vitriolic and ridicule Divine Astrology with him…

Only those who pay attention to my  “2015 Nostradamus Neptunius Draconis Universal Predictions” and use the Nostradamus’ natural healing tips offered  in the article will have a chance to avoid this upcoming virulent cosmic wind.

I began warning the world many months ago, well before today’s news which will become increasingly dangerous as time progress… 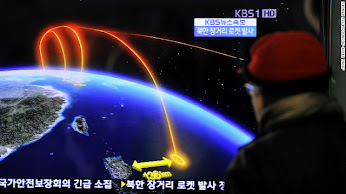 TURNING ME OFF WILL NOT HELP HUMANITY!

I understand why people would avoid reading my work, but doing so can only assure my predictions to come to pass! I  keep also warning the world with the possibility of US nukes exchanges with Kim Jong Un but again, human would rather ignore my warnings than to help me stop the growing atheist Universal evil movement of ignorance!

“New Korean War Is On The Horizon” March 12, 2013.   If nothing is done to fight the depletion of the human spirit (and a suffocating Mother Earth,)  humanity may not have 50 years before experiencing total self-destruction…   I can not be blamed for humanity choosing science over the wiser spirit and laugh about Dr. Turi cosmic gift!

Nature is showing serious signs of very high abnormal seismic activity that I have been undeniably able to pinpoint accurately since 1991!

Those who believe know better than me, will assure you, 6.0 earthquakes are common when they are not and I can prove it! In fact ALL major quakes below and those above 6.0 since the beginning of 2015 took place during my windows.  All you have to do is to listen to the show!

Back on Paranormal Radio Sunday night- There is no evading the truth!

But in no way will you be able to accept this fact, unless like our students and I, you pay very close attention to ALL future earthquakes development! The next SOS window producing natural disasters and large earthquakes forcing thousands of people to relocate is set for February 1/2/3 and fully explained in Paranormal Center.

This does not mean life stops during my a SOS to the world window, but you MUST exercise extreme caution  if your  own Personal Cosmic Biorhythms dates FALLS within any of my 2015 SOS To The World Deadly Windows, that all!

As explained to Jeffrey and Allen in my last appearance on Paranormal Radio, humanity is undergoing a very serious psychical cosmic upheaval, and life must go on regardless of what the stars dictate.  Sad enough the progressive cosmic wind is tampered with the atheist movement victimized a rational born OCD generation.

But being at the wrong time at the wrong place is another undeniable fact that killed and will kill many more millions of unconscious ill prepared human beings.

You could be right in the middle of a tornado, a 7.0 earthquake or even a tsunami and still make it through while thousands of other people died! During any natural or man made catastrophes, many people who should have died will be spared at what Christians believe to be “at the grace of God!”

This false encrusted God will never hear nor protect any of his children from his deadly acts, natural or man made, period! The atheists denial of an illusive deceptive god is well founded but they should give themselves a chance to acknowledge a more “scientific” tangible cosmic God proposal.

You are a child of the Universe, there is a reason for you to be “made at the image of God”  and this mean be in charge of your destiny, not the cosmic code!  And not the false punishing god promoted by the religious abusive matrix!

You vibrate at the same speed as our local solar system, you are part of a physical/spiritual extraordinary cosmic microorganism structure which is much too small (or too big) to be seen by the unaided/untrained human mind and eye…

But don’t you dare Dr. Turi to tell any atheists they know less than you do, or be prepared to be trashed and burnt on the 2015 stake by the sub-human.

You can only attract people with sugar coated sermons ( Joel Osteen) and/or extreme delusive fears generated by people like Lisa Haven,  Lyn Leahz  and  David Montaigne promising the “wrath of a false god” and the end of the world or abuses from the government. While conspiracies are very real how far will you go before becoming as insane as they became? Note also I mentioned those names because I was attacked first and called the devil…

What you do not know, your karmic UCI vibrate at the same low speed and a magnet will never attract a piece of wood… Do you know how difficult is it to remove metal from a magnet? Have you ever tried? Well this is how your tainted spirit is trapped, jailed and poisoned!

But I choose helping you building cosmic consciousness instead, because this is what my Cosmic God is imposing upon my tasking karmic fate! Delegating with the atheists or religious egocentric mediocre intelligence on the Internet is, at best entertaining and relaxing to me. It allows me to now and then, join them in this dense physical world low vibrational system and catch up with an unevolved world.

My extraordinary UFO experiences and the cosmic imparted predictive legacy is a bit too much to accept for the insecure human being vexed by my supernatural gift. But all is that and that is all…

No one like to be told he or she is an idiot, and only those who take my words personally are just that! I do not spend hours and end to write about the cosmic code JUST FOR THEM! My work is generated for public consumption ONLY, and who’s to deny the humongous amount of idiots out there?

If you want me to take good care of you, meet me personally on Skype for a very impressionable experience that will touch the core of your soul! Any of my services is well worth your time and money, at least this is what all my satisfied clients, students and patients affirm!

Again it is a normal reaction to confuse supreme confidence with ego and to wrongly assume all human beings were physically and spiritually “computerized” by the cosmic code as equal!  If you can not process this fact, simply pick up a fight with Tyson or with me, intellectually and see the results!

The universal magnificence or God cosmic identity is far from the “divinity” found in all established religions.

God Have Mercy on your Cosmic Unconscious Children…

Of course, like you I am amazed looking at those pictures and one has to be born a total idiot not to love science! But  400 years later, astronomers and religions never built on all the wise men Astrological wisdom and ridicule the very base of what made astronomy and religions what they became today!

Accept the fact that I predicted not only the 6.8 earthquake and the asteroid that flew past earth well before NASA scientists ever mentioned it!  The shows are there for you to listen and accept my claims… This is not an ego trip, only a chance for you to build more cosmic consciousness and pay more attention to my mission…

Once again if I fail in my next prediction, I will apologize publicly for misleading all of you into trusting my work! Either way, I will stop offering my predictions publicly when  the dates of January 30 –  February 11 (terrorism/police/death) –  February 2 and 17 mentioned in  Paranormal Central become absolute!

Memo (48 hours centering the given date)

ITS BUILDING UP AGAIN! Alaska Is “Shaken And Quaken” 51 Earthquakes in the world in 24 hours!

“When Cosmic Consciousness is lacking; science, conspiracy and religious imagination have the wrong answers. There are no accidents, nor circumstances, only cosmic consequences the five logical human senses cannot yet perceive.”

Pray for her recovery
The stars and fate of  Whitney Houston

MEMO from  2015 Nostradamus Neptunius Draconis Universal Predictions –  “ Hollywood and the movie industry will experience the “titanic” in real life. Expect a full restructure of the movie industry with new 3D technology. More people will get more depressed, many will spend time and money watching new and old  movies. “Celebrities of all ages and genders are the target of this dragon where human will realize the glamorous life of the rich and famous is as fake as Neptune taking many away in a wave of  suicides and drug abuse in record numbers.”

As always, until then, all you have to do is to come back right to this article to read the results of my undeniable UFO predictive legacy.

Note: The full February forecasts  are ready for all VIP’s. Others, please join. Be safe, be warned and be smart!

If you are one of those rare spiritual human beings in the ocean of life looking for my uplifting spiritual hook, and interested in learning more about the Cosmic Code, God Cosmic Divinity, Astropsychology / Astroforensics, or Astropsychology, just ring the bell! We will open the door of a new world above for you to join our VIP’s in our Cyber Cosmic Code University! All the answers to what it means to be human and so much more is awaiting you!